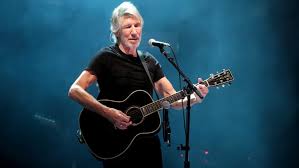 Hailing from England, Roger Waters is perhaps best known as the co-founder of the rock band, Pink Floyd. Considered one of the most influential groups of all time, they released numerous albums during their time together including Wish You Were Here, The Wall, The Division Bell, and Obscured by Clouds, to name a few.

In addition to his work with the band, he has also enjoyed success as a solo artist. Some of his most popular singles include Radio Waves, What God Wants, Part 1, The Tide is Turning, and Sunset Strip. Most recently, he came out with his fifth album, Is This the Life We Really Want? in 2017.

How well-off is he, considering his contributions to music over the past several decades? How much did he pull in from his career with Pink Floyd? As a solo artist? According to various sources, Roger Waters’s current net worth sits at an estimated $290 million.

How did Roger Waters Make His Money & Wealth?

Born on September 6, 1943, in Surrey, England, Roger Waters grew up in Cambridge, where he met his future music partner, David Gilmore at school. Several years later, while attending London Polytechnic, he formed a band with a few friends called Sigma 6. As one thing led to another, they eventually became the Pink Floyd in early 1966. A year later, Waters wrote his first song for the group, Take Up Thy Stethoscope and Walk.

From there, they released their debut album, The Piper at the Gates of Dawn, which proved to be a major hit. By the end of the 1970’s, the band had come out with more than ten albums, most of which went multi-platinum. After three decades of playing together, they went their separate ways in 1995.

Considering their popularity, it’s likely that Waters had yielded a significant amount of earnings from his contributions to the group. Not only did they sell hundreds of millions of records worldwide, but they also embarked on a number of concert tours- many of which were sold out.

In addition to his work with Pink Floyd, Waters has also established himself as a solo music artist. In 1984, he dropped his debut album, The Pros and Cons of Hitch Hiking, which gave rise to the charting single, 5:01 am (The Pros and Cons of Hitch Hiking). Since then, he has released a few other titles including Radio K.A.O.S., Amused to Death, and Ca Ira. Most recently, he came out with Is This the Life We Really Want? after a twelve-year hiatus.

Having said that, he has toured extensively since 1999. In fact, his 2010 Wall Live Tour was the highest-grossing concert tour of all time by a solo artist, having brought in $458.6 million at the box office.

For those who are interested in seeing him perform live, he is currently on the road for his 2018 Europe Tour as we speak. For more information on the venues and dates, head on over to his official website at roger-waters.com.

As far as we know, he is currently not in a relationship. Previously, he was married three times; his ex-wives include Lady Carolyne Christie, Judy Trim, and Priscilla Phillips.

Does Roger Waters Have Any Children?

Yes, he has a son named Harry Waters with Lady Carolyn Christie and a son named Jack Fletcher with Priscilla Phillips.

Did Roger Waters Go to College?

No, Roger Waters did not go to college.

What is Roger Waters Famous For?

Roger Waters is best known as one of the co-founders of the rock band, Pink Floyd. One of the most critically acclaimed groups in popular music, they have since sold hundreds of millions of albums worldwide.

Unfortunately, we do not have any information on Roger Waters’ location at this time, nor do we have any pictures of his abode.

What Kind of Car Does Roger Waters Drive?

Details on Roger Waters’ vehicle are not available.

How Much Money Did Roger Waters Make Last Year?

At this time, we do not have any information on Roger Waters’ annual salary.

Last summer, the rock musician released his fifth solo album titled, Is This the Life We Really Want? Hs first album in 12 years, it gave rise to the singles Wait For Her, Deja Vu, Smell the Roses, and The Last Refugee.

Want to keep up with the artist? Did you know that Roger Waters is active on social media? You can find him on Instagram and Twitter at @RogerWaters. For his official music videos and more, you can check out his official YouTube channel.