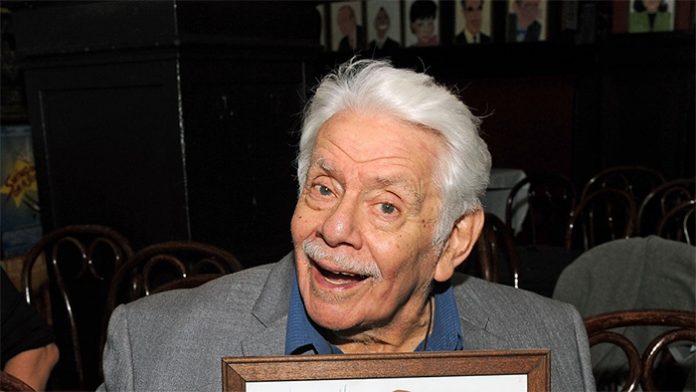 A comedian and actor, Jerry Stiller has starred in numerous television series including Seinfeld, The King of Queens, Teacher’s Pet, and Fish Hooks, the first of which earned him a Primetime Emmy Award nomination in 1997. Most recently, he lent his voice to Maury in the TV film, Zoolander: Super Model, which came out in 2016.

In addition to his TV career, he has co-starred in numerous films such as The Heartbreak Kid, Heavyweights, and Hot Pursuit. In 2007, he also joined the cast of Hairspray, where he played the part of Mr. Pinky. Met with acclaim, it later garnered him a Screen Actors Guild Award nomination.

How wealthy is the veteran actor? How much did he earn from his starring roles in Seinfeld and The King of Queens? According to sources, Jerry Stiller’s current net worth is around $13 million. Interested in knowing more about where his fortune came from? Keep reading!

How did Jerry Stiller Make His Money & Wealth?

For on June 8, 1927, in Brooklyn, New York, Jerry Stiller grew up in the Lower East Side, where he went to Seward Park High School as a teen. After serving with the army for World War II, he continued his education at Syracuse University, where he received a bachelor’s in Drama and Speech. From there, he formed a comedy team with his wife, Anne Meara, with whom he performed during the 60’s and 70’s.

During that period, he also appeared in many television programs including Armstrong Circle Theatre, Brenner, Linus the Lionhearted, and The Paul Lynde Show, to name a few. In the early 1970’s, he even started to make film appearances in titles such as The Takin got Pelham One Two Three and The Ritz.

Many years later, after he had established a presence for himself on television, he landed a supporting role in the NBC sitcom, Seinfeld. Cast as Frank Costanza, it remains to be one of his best-remembered portrayal to date. Introduced in the fifth season, he appeared on and off over the next five years; he eventually made his final appearance on the show in 1998.

Following that, he landed his next big role in the CBS sitcom, The King of Queens. One of the main cast members, he played the part of Arthur Spooner, a widowed father who has been married three times. A long-running series, it ultimately continued for close to a decade, from 1998 to 2007. In total, Stiller had appeared in 195 episodes. Unfortunately, however, it’s not known how much he was paid for the role.

Since the end of The King of Queens, the actor has appeared in a handful of series including Fish Hooks, The Good Wife, and Wonder Pets!. On the big screen, he has also contributed to a number of films such as Swining with the Finales, Foodfight!, and Planes: Fire & Rescue, a few of which feature him in a voice-acting role.

Most recently, he played the part of Maury in the TV film, Zoolander: Super Model, which came out in 2016.

Up until her death, he was married to his wife, Anne Meara. According to reports, the pair had originally met at an agent’s office.

Does Jerry Stiller Have Any Children?

Yes, he has two children- a daughter named Amy and a son named Ben, both of whom are also actors.

Did Jerry Stiller Go to College?

Yes, he did. After World War II, he went to Syracuse University, from which he received a bachelor’s degree in 1950.

What is Jerry Stiller Famous For?

Jerry Stiller is perhaps best known for playing Arthur Spooner in The King of Queens and Frank Costanza in the NBC sitcom, Seinfeld.

As far as we know, Jerry Stiller currently lives in New York. Unfortunately, that’s the extent of the information that we have at this time.

What Kind of Car Does Jerry Stiller Drive?

Details on Jerry Stiller’s vehicle are not available.

How Much Money Did Jerry Stiller Make Last Year?

At this time, we do not have any information on Jerry Stiller’s annual salary.

As far as we can tell, the actor hasn’t taken on any roles in the past couple of years. Looking at his IMDb page, his last television appearance was in that of Zoolander: Super Model in 2016. For now, it’s unclear whether or not he will be returning to acting in the near future.

Unfortunately for us fans, it doesn’t look like Jerry Stiller is active on social media. With that said, he does have an official Facebook fan page- so why not show your support by giving him a like here?