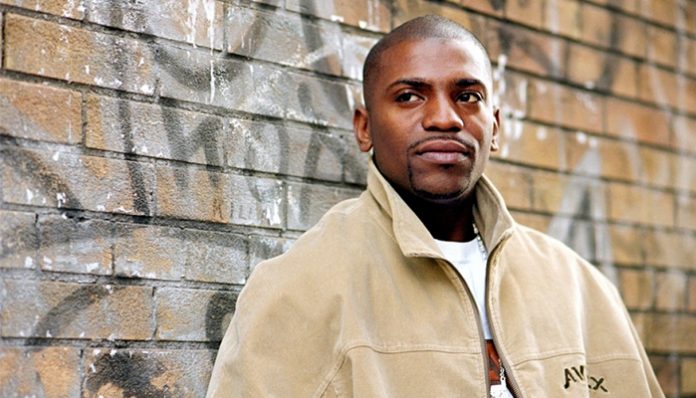 A television star, Mekhi Phifer is perhaps best known for playing Dr. Greg Pratt in the long-running medical drama series, ER. Since then, he has appeared in several other shows including Lie to Me, White Collar, House of Lies, Secret City, and Match Game. Most recently, he guest starred in an episode of Chicago P.D. this January.

In addition to his work on the small screen, he has played various roles in films such as I Still Know What You Did Last Summer, Honey, Dawn of the Dead, This Christmas, A Day Late and a Dollar Short, to name a few. Last year, he appeared in the comedy-drama film, Chocolate City: Vegas Strip.

How rich is the award-winning TV star? How much is he paid for his roles? According to sources such as therichest.com, Mekhi Phifer currently has an estimated net worth of $8 million. Where did he earn his fortune from? Let’s take a look.

How did Mekhi Phifer Make His Money?

Born on December 29, 1974, in New York City, Manhattan, Mekhi Phifer was brought up by his single mother in Harlem. After finishing school, he made his acting debut in the film Clockers, having successfully beaten out over a thousand others to get the lead role. Some of his other early credits include The Tuskegee Airmen, High School High, Hell’s Kitchen and Soul Food.

Continuing to act over the next several years, he starred in several films including Carmen: A Hip Opera, Brian’s Song, Paid in Full, Dawn of the Dead, and Slow Burn, among several others. Around that same time, he also started to land roles on television. For instance, he played a few minor characters in New York Undercover, Curb Your and Enthusiasm.

In 2002, Phifer received a big break after being cast as Dr. Greg Pratt in the medical drama, ER. Introduced as a series regular in the eighth season, he ultimately starred on the show for five years, up until 2008. For his portrayal of the physician, he garnered numerous accolades including a TV Land Award in 2009. Unfortunately, his salary from the show has not been revealed to the public.

In the years since the actor has worked on several other TV series such as White Collar, Lie to Me, House of Lies, Secret City, and Match Game. Most recently, he appeared as a one-off character in Chicago P.D. earlier this year.

As far as film appearances go, he hasn’t worked on too many titles as of late. With that said, he has appeared in titles such as A Day Late and a Dollar Short, The Divergent Series, and The suspect over the past few years. In 2017, he also played a supporting character in the comedy-drama film, Chocolate City: Vegas Strip.

In terms of where his income comes from, considering all that we’ve discussed above, it would only make sense that he’s pulled in a decent amount from his various acting gigs (in particularly his roles in ER, and Lie to Me).

Yes, he has been married to his wife Reshelet Barnes since 2013. His second marriage, he was previously married to actress Malinda Williams.

Does Mekhi Phifer Have Any Children?

Did Mekhi Phifer Go to College?

No, as far as we know, Mekhi Phifer has not gone to college.

What is Mekhi Phifer Famous For?

Mekhi Phifer is perhaps best known for playing Dr. Greg Pratt in the popular medical drama series, ER from 2002 to 2008.

As far as we know, Mekhi Phifer and his family currently live in Beverly Hills, California. Unfortunately, we do not have any photos of his abode to share at this time.

What Kind of Car Does Mekhi Phifer Drive?

Details on Mekhi Phifer’s vehicle are not available.

How Much Money Did Mekhi Phifer Make Last Year?

Unfortunately, details on the actor’s earnings are not available at this time.

So far this year, he has appeared in a couple of TV series including Chicago P.D. and The Bobby Brown Story. On top of that, he also co-starred in the 2018 film, A Talent for Trouble. As far as upcoming projects, he is currently working on three movies- Ruthless, Asher and Canal Street according to IMDb.

Wondering what the actor is up to? If you’re a fan, why not follow Mekhi Phifer online? You can easily interact with him on Twitter at @MekhiPhifer and on Instagram at @MekhiFromHarlem. While you’re at it, don’t forget to also drop by his Facebook fan page here.