Jim Rohn was an influential motivational speaker and author from America. Sadly, He passed away in the winter of 2009 and is no longer adding to his personal wealth, but his legacy and his estate live on. His books and videos are still raking in cash for his benefactors.

How Did Jim Rohn make their money & wealth 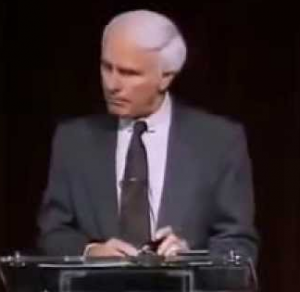 Jim was born as Emmanuel James Rohn on September 17, 1930, in Yakima, Washington. His parents were Clara and Emmanuel Rohn.  He didn’t start off his life with the (theoretical)  ability to purchase 190,000 iPhone Xs.  His parents were both farmers that owned their own farm in Caldwell, Idaho. Jim was their only child. Not much is known about his early life. He graduated high school and attended a college. He ended up dropping out after his first year in order to work full time at Sear Roebuck as a stock clerk.

Jim had a friend that was into the work of entrepreneur John Earl Shoaff, who was the founder of direct sales company AbundaVita. The modern day equivalent would be a company such as Market America or Avon. The friend got Jim to go with him to a conference that Shoaff was holding. It inspired Jim to join multiple direct sales companies when he was in his twenties, including AbundaVita and Nutri-Bio.

That proved to be very profitable as grew a huge following under Nutri-Bio – one of the largest in the company’s history. This was a result of Jim’s skills, as well as the mentorship under big names in the direct sales industry, including John Earl Shoaff himself.  In 1960, Jim was selected to be the VP of the Nutri-Bio Canadian expansion.

Nutri-Bio ended up going under in the 1960’s, but all was not lost. It started his uber-profitable public speaking career when a member of the local Rotary Club asked him to speak at one of their meetings. This launched a series of talks all over the country where he gave seminars on self-help and personal development.

In addition to his audience, Jim Rohn also directly mentored big names in personal development such as Tony Robbins and the founder of Herbalife, Mark Hughes. Many others, like Jack Canfield of Chicken Soup for Teenage Souls series, has credited Jim Rohn with influencing their careers. He won the National Speakers Association Award CPAE in 1985. During the span of his career, he wrote and sold many books, audio programs, and videos, which all contributed to his net worth. He died of lung complications in December 2009.

Jim Rohn was married to his career. There is no record of his personal dating life, and he was never married. He does not have any children.

Unknown. Since his death, he no longer collects a salary. Still, his books, videos, and audio programs are still being sold around the world and collecting wealth for his estate.

There’s no record of what kind of house Jim Rohn had, but it was sure to be grand.

One of Jim’s most famous quotes is “I believe that contributing 10% of your after-tax income is a good amount to strive for. It’s pretty easy to take a dime out of a dollar.” He was a generous man, and he practiced what he preached. He believed that a giving mindset was what set the wealthy apart from the poor.

He also was generous with his time, choosing to mentor fledgling public speakers and life coaches. 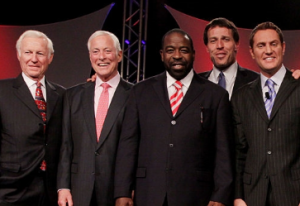 Jim Rohn accomplished a lot throughout his career. He pulled himself out of poverty. He not only was the best murder at a direct sales company, he also became the vice president of Nutri-Bio. He was a prolific author of self-development books, and those books are still widely popular today almost 10 years after his death. He was so good at public speaking that he won an award for it. He got people to pay to hear him speak for over 40 years.