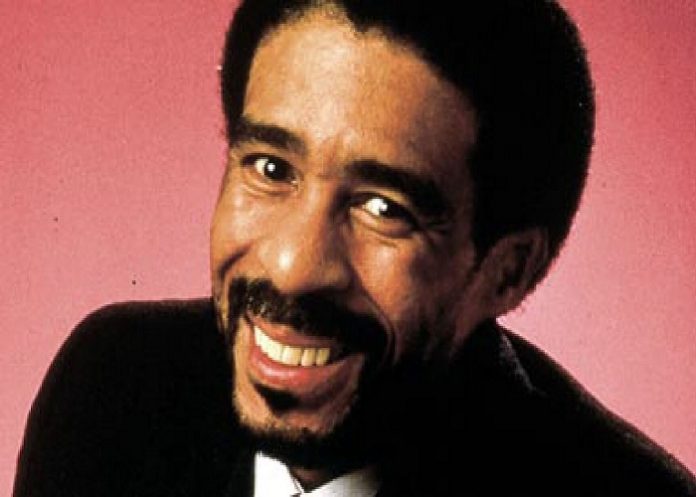 Richard Pryor was an acclaimed writer, award-winning actor, and more importantly one of the most influential and celebrated stand-up comedians of all time. His incisive story-telling based style of humor was controversial for its subject matter and profanity, but widely acknowledged to have been a huge influence on the comedy scene ever since.

Richard Pryor’s stand-up comedy specials were arguably his biggest successes, but his collaborations with Mel Brooks on ‘Blazing Saddles’, and Gene Wilder in ‘Silver Streak’, ‘Stir Crazy’, and ‘See no Evil, Hear no Evil’ gave us some of the most memorable performances of all time. His influence on comedy even now, more than a decade after his premature death, cannot be underestimated. But how much did Richard earn during his career? Read on to find out.

How Did Richard Pryor make his money & wealth?

Richard Pryor’s start in life wasn’t any kind of laughing matter. He was born in December 1940 in Peoria, Illinois, and his parents married when he was three, but they went their separate ways soon afterward. Richard’s alcoholic mother left him in the care of his grandmother, a brothel-keeper, and Richard grew up surrounded by violence and sexual abuse. His unsettled background saw him expelled from school at fourteen, and at eighteen he escaped to the US Army, where he served two years, from 1958 to 1960.

Richard moved to the big apple in 1963 and began a career as a comic in clubs. Using far less controversial material than he eventually became known for, he often worked alongside artists such as Nina Simone, Bob Dylan, and Woody Allen, and soon a promising TV career began, with regular slots on The Merv Griffin Show’, Johnny Carson’s Tonight Show and The Ed Sullivan Show. His rising profile saw him performing in Las Vegas in 1967, at the Aladdin Hotel, and it was there that he had what he later described as an ‘Epiphany’. He walked up to the microphone, asked rhetorically ‘What the fuck am I doing here?’ and walked off. This marked the beginning of Richard’s more controversial comedic phase, with more profanity and edgier subject matter becoming a regular theme of his shows.

Richard Pryor released several comedy albums in the 1970’s, which won him millions of fans, and a host of awards, but he also wrote for, and appeared in, a variety of TV shows. While trying to get his big break in mainstream TV he played roles in many films, including his first duet with Gene Wilder, in Silver Streak in 1976. In 1975 he had been a guest host on Saturday Night Live, still in its first season at the time. He was the first black person to host SNL, and this eventually led to NBC offering him his own show, which first aired in 1977.

Unfortunately, the mainstream NBC audience didn’t react positively to Richard’s controversial line of comedy, and he was not prepared to alter his subject matter, so as a result the show was canceled after only four episodes. Richard’s career continued to go from strength to strength, however, his razor-sharp observational comedy playfully mocked the establishment and explored racial divides, and he was nominated for the Grammy Award for Best Comedy Recording every year from 1975 to 1983.

Unfortunately, Richard Pryor’s health began to suffer. After years of alcohol and drug abuse he suffered a heart attack in 1978, and in 1980, after a cocaine binge lasting several days, he set himself on fire. Although initially reported as an accident, Richard admitted in his autobiography years later that the fire had been a deliberate act, intended as a suicide attempt, but he still managed to find the humor in that dark situation as only he could, with the joke ‘You know something I noticed? When you run down the street on fire, people will move out of your way.’

Richard’s on-going success in movies and comedy saw him receive $3 million in 1983, for the role of Gus Gorman in Superman III, and his reputation as one of the most highly-respected comedians of the era was well-established. He has been credited with influencing African-American comedy greats such as Eddie Murphy and Chris Rock, and in 1998 he won the inaugural Mark Twain Prize for American Humor from the Kennedy Center, but his health was suffering from his wild lifestyle.

In 1986 Richard was diagnosed with Multiple Sclerosis, and while in Australia in 1990 he suffered a second heart attack. Doctors performed a triple heart bypass operation in 1991, but Richard worked in only a few more roles during the 1990’s. His last film role was in ‘Lost Highway’ in 1997, and his last TV role was in an episode of ‘Norm’, two years later.

In December 2005, just a week after his 65th birthday, Richard suffered a third heart attack at his home in Los Angeles, which proved fatal. At the time of his premature death, he had a personal net worth of $40 million, which would be $61 million if adjusted for inflation today. When compared to some of the most successful comedians of the present day, such as Louis C.K., worth $25 million, or Dave Chapelle, worth $45 million, it’s clear that Richard Pryor’s brilliance was not only massively influential and celebrated during his lifetime, but hugely profitable too.

Richard’s personal life was as chaotic and unconventional as his lifestyle. He was married a total of seven times during his lifetime, but to only five women. He first married in 1960, but was divorced a year later, and, after a couple more failed marriages, he wed for a fourth time, to Jennifer Lee, in August 1981. They divorced in 1982, and Richard then married Flynn Belaine, twice. He married Flynn in 1986, divorced her in 1987, and then remarried her in 1990, and finally divorced her again in 1991. Richard married for the final time in June 2001, to his fourth wife Jennifer Lee again, and they remained together until his death in 2005. He had a total of seven children with six different women, the first, daughter Renee in 1957, and son Franklin the last in 1987, with actress Geraldine Mason. During his life, he was romantically linked to actress Pam Grier, and his Superman co-star Margot Kidder. Richard also admitted in his autobiography that he had a two-week long relationship with a transvestite, which he referred to as his ‘Two weeks of being gay’.

Richard was a committed advocate for animal rights, and established Pryor’s Planet, an animal welfare charity and dog shelter, based in Los Angeles, that rescues animals in need. PETA honors Richard’s commitment to the cause of animal rights with an award bearing his name, it is given to those who perform outstanding work for animal rights every year.

Richard’s influence on the comedy of 2018 has been huge. His career saw him showered with awards and nominations, among them an Emmy Award in 1973, and five Grammy Awards from ten nominations. He won a Writers Guild of America Award in 1975 for the Blazing Saddles screenplay with Mel Brooks, which also saw him receive a BAFTA nomination later that same year. In 1993 Richard was honored with a Lifetime Achievement Award from the American Comedy Awards, and he received his own star on the Walk of Fame. He influenced a generation of comedians and broke the barriers in terms of acceptable subjects to joke about, and his contributions to comedy have been celebrated and lauded since his death. Comedy Central listed Richard as the greatest stand-up comedian of all time, and last year Rolling Stone magazine also ranked him at the top of their list of the best comics ever. In 2006 Richard was posthumously awarded the Grammy Lifetime Achievement Award, and in 2015 a life-size bronze statue of Richard was erected in his home-tome of Peoria, close to his childhood home.