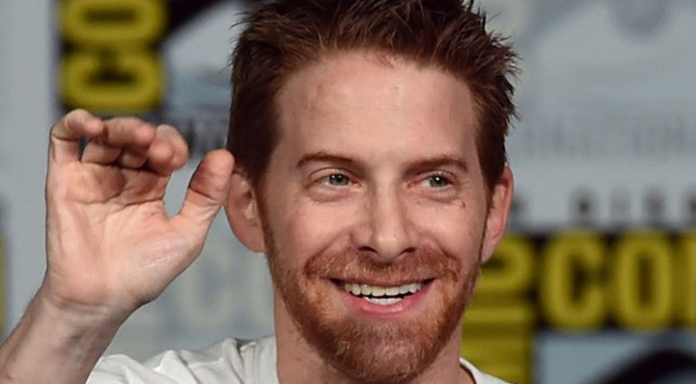 Seth Green is an American actor, comedian, writer, producer, director, and voice artist. He is best known for being Willow’s boyfriend on Buffy the Vampire Slayer, Chris on Family Guy, and the co-creator of Robot Chicken.

How Did Seth Green make their money & wealth 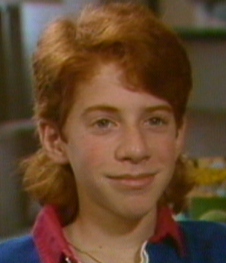 He was born on February 8, 1974, in Philadelphia, PA. His birth name was Seth Benjamin Gesshel-Green, but he legally got it changed in 2011 since he was already using Seth Green on a professional basis. He lived with his parents, Herbert Green and Barbara Gesshel, and his sister Kaela in Overbrook Park. He got into acting at an early age. He was in his first movie, Billions for Boris when he was just seven years old.

The same year as Billions for Boris, he also acted in The Hotel New Hampshire and in a commercial for Jell-O Gelatin Pops. His next big thing was as one of the main characters in It in 1990. Seth went on to act in all of the Austin Powers movies as the son of Doctor Evil. He kept acting in movies such as Rat Race, Can’t Hardly Wait, Idle Hands. Without a Paddle, and Party Monster. He also made appearances on numerous television shows Will & Grace, MADtv, That 70’s Show, and Greg the Bunny.

Later on, he went on to produce Robot Chicken, and he contributed his voice to the wildly popular Mass Effect trilogy of video games. He also voiced his character Chris Griffin in Family Guy: Back to the Multiverse and Family Guy: The Quest for Stuff games. Since acting as Eli Sachs on the popular Fox sitcom, he’s bounced around to different television shows for an episode or two. The highlights of this part of Seth Green’s career includes Community, Castle, Crazy Ex-Girlfriend, The Simpsons, The Loud House, and Teenage Mutant Ninja Turtle. 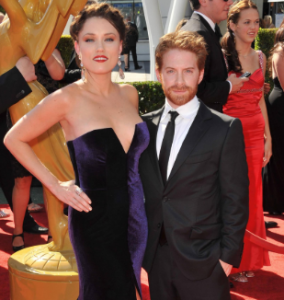 Before he married his current wife, Clare Grant, he was said to have dated Chad Morgan, who is an actress that he worked with on Family Guy and Robot Chicken. After that relationship ended, he was involved with a woman named Candace Bailey from 2006 to 2007. It was never confirmed, but it was said that Seth went on at least one date with Kristen Chenoweth. That wasn’t going to last as he got involved with Clare Grant, a coworker from his Cartoon Central show Robot Chicken. They were wed at the Skywalker Ranch in California in the spring of 2010. They’ve been married ever since.

It’s estimated that Seth Green makes about $3,000,000 a year between his multiple projects.

Way back in 2013, the Huffington Post released an article detailing the raises that all of the cast of Family Guy received. They explained that Seth made between $175,000 and $250,000 an episode. That was over 5 years ago, Family Guy is still on the air, and it’s likely that the amount he gets per episode has only increased. 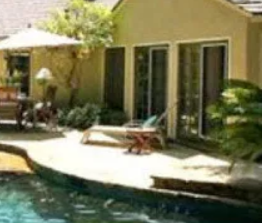 Seth Green was never one for flashy mansions or showing off his money. His former 3 bedrooms 1 bath house cost only $190,000 at time of purchase. He sold off that house in January 2000 to live in a one bedroom in Sherman Oaks, California. He purchased it for $162,000 way back in 1992. It might not be the biggest house in Hollywood but that doesn’t mean it’s not nice. 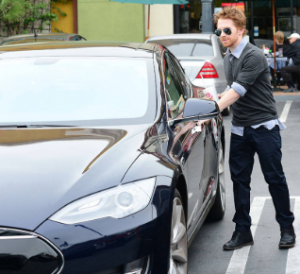 Seth has been seen getting into an environmentally conscious Tesla, the hybrid put out by Toyota. It’s not a cheap car, but its also not a flashy sports car. He cares about the environment.

Seth has said that he sees helping others as a necessity that he and everyone else should aspire to and make time for. Those aren’t just empty words for Seth. He supports over 15 different charities including Amnesty International, Doctors Without Borders, and Habitat for Humanity. He auctioned off a tour of the studio where they create and film Robot Chicken to raise money for the Hurricane Sandy Relief Fund as well as the Mayors Fund to Advance New York City.

Seth Green has been acting for almost forty years and has won nine awards during that time. He has been nominated for numerous awards besides that – from Primetime Emmy Awards to the Teen Choice Awards. The innovative series that he co-created, Robot Chicken, won an Emmy in 2010 for Outstanding Short-Format Animated Program. In 1998, Entertainment Weekly named him one of the 100 Creative People in Entertainment.

Seth Green was picked to be the guest host for an episode of WWE Raw in the summer of 2009. He also co-wrote an entire comic book called The Freshman.