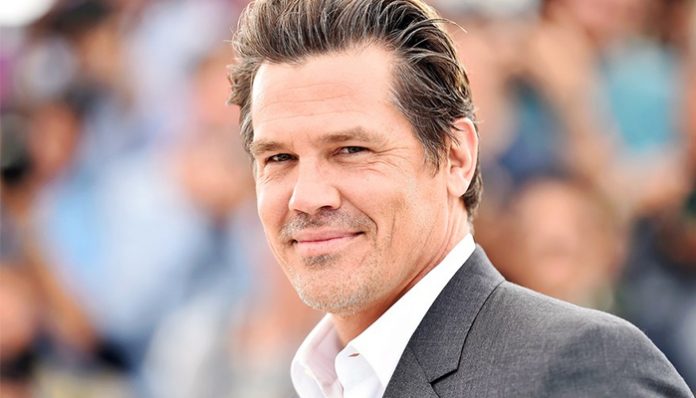 A Hollywood star, Josh Brolin gained critical acclaim for his portrayal of Llewelyn Moss in the film, No Country for Old Men. Since then, he has also starred in W., Milk, and Inherent Vice, to name a few. Most recently, he co-starred in Deadpool 2, which was released earlier this year.

Aside from the big screen, he has also appeared in several different television series over the years. For instance, he starred as James Butler Hickok in the western drama, The Young Riders in the early 90’s. Some of his other TV credits include Mister Sterling, Mankind: The Story of All of Us and Winnetka Road.

How much has he earned from his film gigs? How rich is the 50-year-old veteran actor? According to sources, Josh Brolin’s current net worth sits at around $35 million. Where did he earn this fortune from? Hopefully, we’ll be able to answer this question for you below.

How did Josh Brolin Make His Money & Wealth?

Born on February 12, 1968, in Santa Monica, California, Josh Brolin grew up on a ranch in Templeton, California. Ultimately, it wasn’t until he entered high school that he developed an interest in acting, after taking an improv class. At the age of seventeen, he landed his first role in the film, The Goonies. From there, he was cast as a recurring character in the crime drama, Private Eye in 1986.

A year afterward, he was cast as one of the main characters in the western drama, The Young Riders. By the time the series wrapped up in 1992, his fan base had grown noticeably. Over the next several years, he appeared in a handful of films including Flirting with Disaster, Mimic, Bed of Roses, and It’s the Rage. Later in 2000, he starred in a sci-fi horror movie called, Hollow Man, a portrayal that went on to earn him a Blockbuster Entertainment Award nomination.

A few years later, he gained critical acclaim for his starring role in No Country for Old Men. A box office hit, the film had grossed more than $171.6 million worldwide. Not only did his portrayal earn him much praise, but he also received a handful of awards, one of which included a Screen Actors Guild Award.

To top that off, he soon received his first Academy Award nomination for his portrayal of Dan White in the biopic, Milk. Released in theatres in 2008, it had earned more than double that of its production budget- over $54 million.

Since then, Brolin has appeared in numerous titles including Men in Black 3, Guardians of the Galaxy, Inherent Vice, Avengers: Age of Ultra, and Only the Brave. Most recently, he played Nathan Summers in Dead Pool 2 and Thanos in Avengers: Infinity War, the latter of which earned him an MTV Movie Award nomination for Best Villain.

As far as upcoming projects go, he is currently working on an action thriller called, Sicario: Day of the Soldado, which is currently in the post-production stages. In 2019, he will also be reprising his role as Thanos in the next Avengers film.

Josh Brolin has been married to his former assistant, Kathryn Boyd since 2016. His third marriage, he was previously married to Diane Lane and Alice Adair.

Does Josh Brolin Have Any Children?

Yes, he has two children- a daughter named Eden and a son named Trevor.

Did Josh Brolin Go to College?

No, as far as we know, Josh Brolin did not go to college.

What is Josh Brolin Famous For?

Josh Brolin rose to fame as one of the lead characters in the TV series, No Country for Old Men. Since then, he has also starred in W. and Milk, the latter of which garnered him an Academy Award nomination.

Unfortunately, we do not have any information on Josh Brolin’s location at this time, nor do we have any pictures of his abode.

What Kind of Car Does Josh Brolin Drive?

Details on Josh Brolin’s vehicle are not available.

How Much Money Did Josh Brolin Make Last Year?

At this time, we do not have any information on Josh Brolin’s annual salary.

So far this year, he has appeared in the films Deadpool 2, Avengers: Infinity War, and The Legacy of a Whitetail Deer Hunter. In terms of television appearances, he was recently featured on The Tonight Show Starring Jimmy Fallon, Good Morning America, Dish Nation and Celebrity Page.

What’s the Hollywood star up to nowadays? Find out by following him on social media- Josh Brolin’s active on both Twitter (@JoshEffinBrolin) and Instagram (@JoshBrolin). On Facebook, you can also give his official fan page a like.