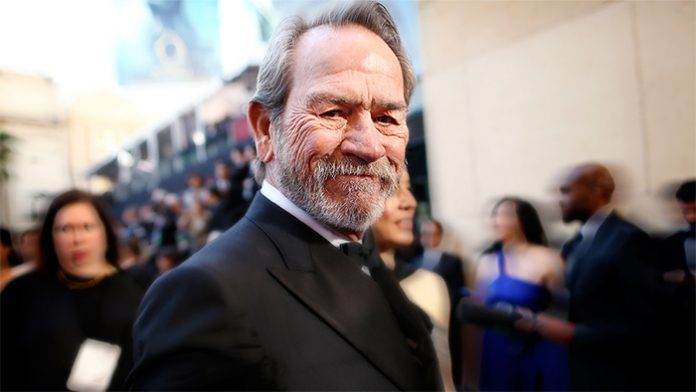 An award-winning actor, Tommy Lee Jones rose to fame in the early 90’s for his portrayal in the thriller film, The Fugitive. Some of his other notable credits include No Country for Old Men, Batman Forever, and Men in Black. Most recently, he co-starred in the action comedy, Just Getting Started alongside Rene Russo and Morgan Freeman.

On television, he has also appeared in several titles, some of which include The Executioner’s Song, Lonesome Dove, and The Park is Mine. With that said, his focus has been on film in the recent years- in fact, he hasn’t acted on the small screen since 2011.

How wealthy is the Academy Award winner? How much is he paid for his film roles? How much has he banked over the years? According to various sources, Tommy Lee Jones’ current net worth hovers at around $85 million. For those who are interested, we will be taking a closer look at some of his achievements below.

How did Tommy Lee Jones Make His Money & Wealth?

Born on September 15, 1946, in San Saba, Texas, Tommy Lee Jones grew up in Dallas, where he went to St. Mark’s School of Texas. After completing high school, he went to Harvard College, as an English major. Wanting to pursue acting, he later moved to New York following his college graduation. In 1969, he made his Broadway debut in a production of A Patriot for Me.

From there, he began to appear in film, albeit in minor roles. Some of his early movie credits include Love Story, Life Study, Eliza’s Horoscope, and Rolling Thunder. Around that same time, he also worked on a few television series such as One Life to Live, Barnaby Jones, and Charlie’s Angels.

By the early 1980’s, Jones had established a presence for himself in the industry, having won a number of accolades for his portrayals in the films Coal Miner’s Daughter, The Executioner’s Song, and Lonesome Dove, one of which included a Primetime Emmy Award. for Outstanding Lead Actor.

Continuing to act into the next decade, he had a few standout roles during the 90’s including Clay Shaw in JFK, Deputy U.S. Marshal Samuel Gerard in The Fugitive. Critically acclaimed, both films had grossed hundreds of millions of dollars at the box office. Already an established actor, Jones was easily paid a few million dollars for each of the roles.

In the years since, his list of credits has grown to include many high-profile movies such as No Country for Old Men, Men in Black 3, Captain America: The First Avenger, Lincoln, and The Homesman. To put things into perspective, he was allegedly paid a salary of $10 million for his portrayal of Agent K in the third Men in Black film.

As far as his most recent projects go, he co-starred in the films Shock and Awe and Just Getting Started, both of which were released in theatres in 2017. In 2019, he will also be starring in the film, Ad Astra, which is currently in the post-production stages.

Yes, he has been married to Dawn Laurel since 2001. His third marriage, his ex-wives include Katherine Lardner and Kimberley Cloughley.

Does Tommy Lee Jones Have Any Children?

Yes, he has two children with his second ex-wife, Kimberlea.

Yes, he went to Harvard College on a scholarship after graduating from high school.

What is Tommy Lee Jones Famous For?

Tommy Lee Jones rose to fame for his portrayal of US Marshal Samuel Gerard in the 1993 box office hit, The Fugitive. Since then, he has starred in several other films such as K, No Country for Old Men, and Captain America: The First Avenger.

Tommy Lee Jones currently resides in Terrell Hills, Texas. We do not have any additional information on his location at this time.

What Kind of Car Does Tommy Lee Jones Drive?

Details on Tommy Lee Jones’ vehicle are not available.

How Much Money Did Tommy Lee Jones Make Last Year?

At this time, we do not have any information on Tommy Lee Jones’ annual salary.

Last year, the veteran actor starred in two films- Just Getting Started and Shock and Awe. As far as upcoming titles go, he will be playing the role of Clifford McBride, one of the main characters in the 2019 film, Ad Astra.

As far as we can tell, Tommy Lee Jones is not active on social media. For information on his latest roles and film/television appearances, you can head on over to his IMDb page here.