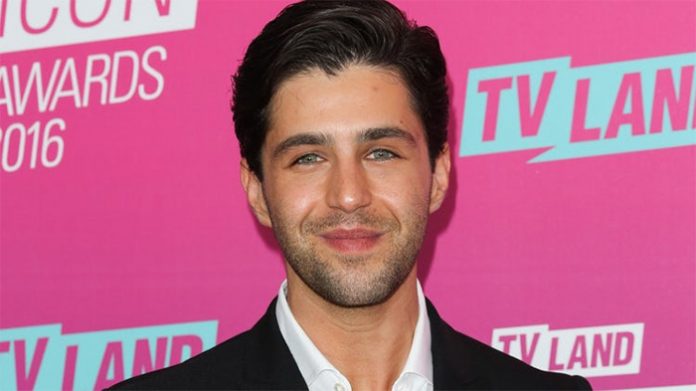 An award-winning actor, Josh Peck’s most recognizable role is his character, Josh Nichols, on the hit Nickelodeon TV sitcom, Drake & Josh. Since then, he has appeared in a number of films including Red Dawn, Mean Creek, The Wackness and Drillbit Taylor. As far as television appearances go, he recently worked on the titles, Teenage Mutant Ninja Turtles, Grandfathered, Pitch and Un Amor.

In addition to his acting career, he’s also a well-known YouTube personality. Noted for his vlogs, he has already amassed more than 1.1 million subscribers as of 2018. If you’re a fan, be sure to subscribe to his channel for the latest videos!

Having said all that, how well-off is the 31-year-old? How much was she paid for playing the titular role in Drake & Josh? How profitable is his YouTube channel? According to various sources, Josh Peck’s current net worth hovers around the $2.5 million mark. We’ll be going over some of his greatest accomplishments below.

How did Josh Peck Make His Money & Wealth?

Born on November 10, 1986, in New York City, New York, Josh Peck made his television debut at the age of thirteen, after being offered a role in the Nickelodeon sketch comedy, The Amanda Show. Over the next few years, he appeared in a handful of shows including Family Guy, ER, Samurai Jack, MADtv, and The Guardian.

Ultimately it wasn’t until 2004, that he came to the public’s attention as Josh Nicholas in the Nickelodeon sitcom, Drake & Josh. His first time playing a titular character, his fellow cast mates included Drake Bell, Nancy Sullivan, Jonathan Goldstein and Miranda Cosgrove. Responsible for his rise to stardom, his portrayal of the smart and responsible brother earned him a Kids’ Choice Award for Favourite Male TV Star in 2008.

One of his most prominent television credits to date, he went on to play the role for three years from 2004 to 2007. Unfortunately, it’s not known how much he was paid for starring in the series.

Since then, Peck has appeared in several other TV series including iCarly, Victorious, The Big Bang Theory, The Mindy Project, Grandfathered, and Pitch. Since 2013, he has also been lending his voice to Casey Jones in the animated cartoon, Teenage Mutant Ninja Turtles.

As far as film roles go, Peck is perhaps best known for being the voice of Eddie in the Ice Age franchise. Aside from that, he has also worked on the movies Special, The Wackness, What Goes Up, Red Dawn, The Wedding Ringer, and The Angry Birds Movie, to name a few. Most recently, he lent his voice to one of the characters in the animated film, Gnome Alone. As far as upcoming roles go, he is currently working on a biopic titled, Bukowski, which will center on the life of the writer, Charles Bukowski.

In addition to his acting career, he’s also a popular personality on YouTube. As of 2018, he has gained more than 1.2 million subscribers, with over 32 million combined views. Assuming that his videos are monetized, it’s likely that he pulls in a decent amount of earnings from ad views.

Does Josh Peck Have Any Children?

No, as far as we know, Josh Peck does not have any children.

Did Josh Peck Go to College?

No, as far as we know, Josh Peck has not gone to college. Instead, he chose to pursue an acting career.

What is Josh Peck Famous For?

As an actor, Josh Peck is perhaps best known for portraying Josh Nichols in the Nickelodeon sitcom, Drake & Josh in the mid to late 2000’s.

According to his Twitter account, Josh Peck currently resides in California with his wife. We do not have any further information at this time.

What Kind of Car Does Josh Peck Drive?

Details on Josh Peck’s vehicle are not available.

How Much Money Did Josh Peck Make Last Year?

At this time, we do not have any information on Josh Peck’s annual salary.

Not only did he lend his voice to the animated film, Gnome Alone last year, but he also appeared in the TV series The Pain of Painting and Un Amor. On the big screen, he played a supporting character in Locating Silver Lake earlier this year.

What’s the former Nickelodeon star up to nowadays? Why not find out by following him on social media? You can find Josh Peck on Instagram at @Shuapeck or on Twitter at @ItsJoshPeck. While you’re at it, don’t forget to also check out his official YouTube channel here.