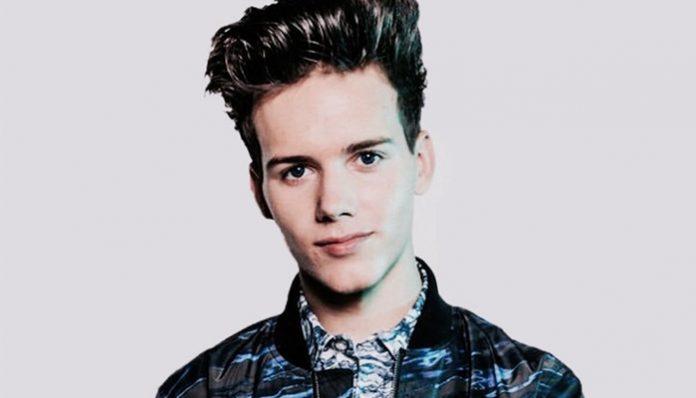 An up-and-coming singer, Michael Conor rose to fame after appearing in the reality series, Boy Band in 2017. Following the competition, he and his fellow contestants formed a pop band called In Real Life. Some of their most popular songs include Tattoo (How ‘Bout You), Eyes Closed, and How Badly.

As a solo artist, the teen has also come out with a few tracks such as No Regrets, Shine, and Sometimes. Known for sharing his work online, he has already amassed thousands of followers on SoundCloud. On YouTube, he also has over 6,000 fans subscribed to his channel.

How rich is the 18-year-old musician? How much has he pulled in from his work? How successful is his band? Unfortunately, information on Michael Conor’s current net worth is not available at this time. Since we’re here anyway, let’s briefly go over his music career.

How did Michael Conor Make His Money & Wealth?

Born on June 7, 1999, in Cleveland, Ohio, Michael Conor is the oldest of five siblings; he has younger two brothers and two sisters. A talented musician, he has been playing the violin ever since he was seven years old. Since then, he’s mastered several other instruments including the guitar and piano. Over time, his interest eventually branched out to singing. In his early teens, he began to record his own songs, which he uploaded online.

Some of his early works include Sometimes, Shine, No Regrets, and Want You to Know. Available for streaming on SoundCloud, all of these tracks have already been streamed tens of thousands of time.

Several years after the launch of his music career, he competed on ABC’s reality series, Boy Band. Premiered in 2017, the show followed several singers as they competed for a chance to join a new boy band. One of the winners, Conor alongside four others (Chance Perez, Sergio Calderon, Drew Ramos and Brady Tuton) later formed a pop ground called In Real Life in August 2017, following the end of the series.

Signed by Hollywood Records, the band eventually released their debut single, Eyes Closed in September 2017. A huge success, the accompanying music video quickly racked up tens of thousands of streams on YouTube. As of 2018, the MV has been played more than 1.7 million times on their official channel.

Since then, the group has released several other songs including Tattoo (How ‘Bout You), Tonight Belongs To You, How Badly, as well as an acoustic version of Eyes Closed. Last winter, they also dropped the tracks I’ll Be Home For Christmas and Feel This Christmas.

Though it’s unclear how much they’ve made from their records, it only makes sense that each of the members has received their fair share of earnings. In addition to what they earn from their singles, the band also pulls in a decent amount of income from putting on concerts. In fact, they have a few scheduled for later this summer in New York and Ohio. For more information on the events, please visit their official website.

No, he is not married. Having said that, not much is known about Michael Conor’s dating life.

Does Michael Conor Have Any Children?

No, Michael Conor does not have any children.

Did Michael Conor Go to College?

Unfortunately, we do not have much information on Michael Conor’s education background.

What is Michael Conor Famous For?

Michael Conor rose to fame in the ABC reality series, Boy Band. Following the end of the show, he and a few other contestants formed a boy band called In Real Life.

Unfortunately, not much information is available on Michael Conor’s location at this time.

What Kind of Car Does Michael Conor Drive?

Details on Michael Conor’s vehicle are not available.

How Much Money Did Michael Conor Make Last Year?

At this time, we do not have any information on Michael Conor’s annual salary.

So far this year, In Real Life has released two new singles titled, Tattoo (How ‘Bout You), and How Badly, both of which have proved to be popular, with thousands of streams online. For now, it’s unknown when the group will be coming out with their debut album.

As far as public appearances go, the band will also be performing a few concerts later this summer.

What’s the singer up to nowadays? Find out by following him on social media- Michael Conor can be found on Twitter at @MichaelConor and on Instagram at @Michaelbmoc. For the latest news and announcements on his band, In Real Life, you can check out their Facebook page here.