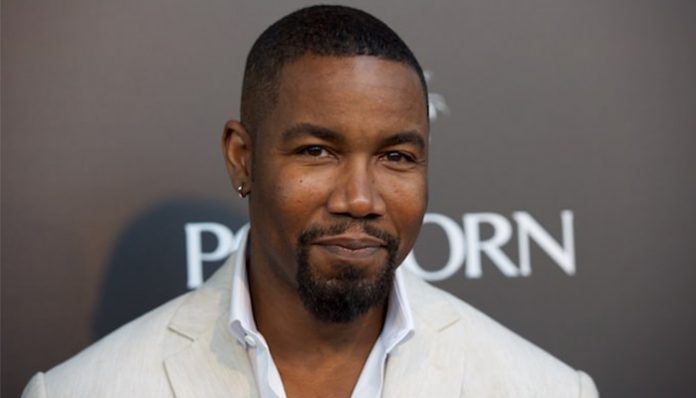 two The first black person to portray a comic book superhero, Michael Jai White gained fame for playing Al Simmons in the 1997 film, Spawn. Since then, he has appeared in countless other movies including Thick as Thieves, Silver Hawk, Why Did I Get Married, The Dark Knight, and Mortal Kombat: Rebirth.

Though Hollywood is his main focus, he has also played various roles on television in series such as Wonderland, Static Shock, Tyler Perry’s For Better or Worse, and Black Dynamite. Recently, it was announced that he will be voicing a character in an upcoming animation called, Spawn: The Animation.

How successful is he as an actor? Considering his impressive resume, how well-paid is he? How much has he made throughout his career? According to various sources, Michael Jai White has accumulated a net worth of around $3.5 million as of 2018. Below, we’ll be taking a better look at some of his achievements.

How did Michael Jai White Make His Money & Wealth?

Born on November 10, 1967, in New York, Michael Jai White spent his early childhood in Brooklyn, before moving to Bridgeport, Connecticut as a teen. An accomplished martial artist, he began training in Jujutsu at the age of seven. Today, he holds black belts in seven different styles, including Taekwondo, Kobudo, and Shotokan, among a few others.

A former teacher, it wasn’t until the early 1990’s that he decided to get serious with acting. Some of his early credits include the films True Identity, Prototype, Universal Soldier and On Deadly Ground. Later in 1995, he landed his first lead role in the television movie, Tyson, where he starred as the heavyweight boxer, Mike Tyson.

A couple of years later, he became the first African American actor to play the role of a major comic book superhero in the film, Spawn in 1997. A box office success, his work went on to earn him a Block Buster Entertainment Award nomination for Best Male Newcomer. Prior to the end of the decade, he appeared in a few other movies including Thick as Thieves, Ringmaster, Mutiny, and Breakfast of Champions.

Since then, he has played a number of starring roles in Exit Wounds, Silver Hawk, The Dark Knight, Blood and Bone, and many others. If anything, his film career has really taken off in the 2010’s. Last year, he worked on the feature films, S.W.A.T.: Under Siege, and Cops and Robbers.

In addition to his film career, which has obviously contributed to his current net worth, White has also worked on many television titles over the years. For instance, he has starred in the TV movies, Tyson, Mutiny, Wonderland, Freedom Song, Hotel, and One Angry Juror. As far as series go, he is perhaps best known for playing Marcus Williams in Tyler Perry’s For Better or Worse. From 2011 to 2015, he also lent his voice to the animated series, Black Dynamite.

As far as other ventures go, he has also worked on a handful of web series, as well as a couple of video games.

Since 2015, he has been married to actress Gillian Iliana Waters. Married once previously, his ex-wife is Courtney Chatham.

Does Michael Jai White Have Any Children?

Yes, he is the father of three children.

Yes, after graduating from high school, he furthered his education at Southern Connecticut University and the University of Connecticut.

What is Michael Jai White Famous For?

Michael Jai White rose to fame in the late 1990’s for playing Al Simmons in the superhero film, Spawn. Since then, he has worked on several titles, such as Tyler Perry’s For Bette or Worse, and Black Dynamite.

For his acting career, Michael Jai White currently lives in Los Angeles. Unfortunately, that’s all the information that we have at this time.

What Kind of Car Does Michael Jai White Drive?

Details on Michael Jai White’s vehicle are not available.

How Much Money Did Michael Jai White Make Last Year?

Unfortunately, details on Michael Jai White’s annual earnings are unavailable at this time.

According to IMDb, Michael Jai White has quite a few upcoming roles in the films Making a Killing, The Family Business, Dragged Across Concrete, Triple Threat, and Primer.

Earlier this year, he appeared in the movies Cops and Robbers and Accident Man.

Did you know that the actor is active on social media? You can follow him on a few online platforms such as Instagram (@OfficialMichaelJai) and Twitter (@MichaelJaiWhite). On Facebook, he also has an official page, which you can visit by clicking here.