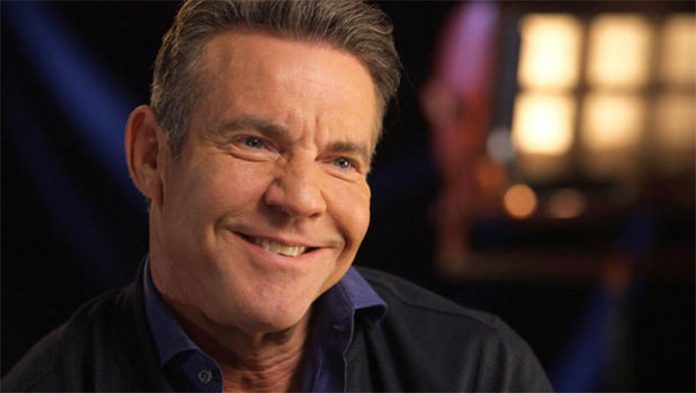 An award-winning actor, Dennis Quad has starred in numerous films including The Parent Trap, The Day After Tomorrow, Soul Surfer, and Far From Heaven. Most recently, he appeared in the comedy-drama film, A Dog’s Purpose, which came out in 2017.

Though his main focus is on film, he also has a considerable amount of television credits, some of which include Bill: On His Own, Dinner with Friends, Vegas, and Drunk History. Since 2015, he has been co-starring in the drama series, The Art of More alongside Kate Bosworth, Christian Cooke, and Cary Elwes.

How much has he earned throughout his career? Considering his long list of credits, it’s not surprising to know that he is quite well-off. To be more specific, it’s said that Dennis Quaid has accumulated a net worth of $40 million as of 2018. Wondering where he made this fortune from? We’ll be exploring this question down below.

How did Dennis Quaid Make His Money & Wealth?

Born on April 9, 1954, in Houston, Texas, Dennis Quad grew up in Bellaire, where he went to high school as a teen. Upon graduating, he attended the University of Houston, where he studied acting under Cecil Pickett. Prior to receiving his bachelor’s degree, however, he dropped out to pursue a Hollywood career. Though he initially had trouble landing roles, things eventually got better after he appeared in the 1979 film, Breaking Away.

By the 1980’s, he had played a number of starring roles in the films Enemy Mine, Jaws 3-D, The Big Eay, and Innerspace. In 1989, his portrayal of Jerry Lee Lewis in the biopic, Great Balls of Fire! also gained him acclaim.

Despite all this, his career eventually winded down in the early 1990’s, partly due to the fact that he was battling against anorexia. Still, he continued to act in a variety of films. Some of the movies that he appeared in during that time include Undercover Blues, Something to Talk About, Dragonheart, The Parent Trap, and Any Given Sunday.

Since then, he has worked on many films including G.I. Joe: The Rise of Cobra, Pandora, Soul Surfer, Behind the Darkness, and Movie 43. Most recently, he appeared in the movie, A Dog’s Purpose, which came out in 2017.

Unfortunately, it’s hard to say how much exactly he has earned from his film career. Considering his experience, however, it’s likely that he makes a decent amount per starring role.

In addition to his film career, Quaid has appeared in many television titles. For instance, he worked on several TV films during the 1980’s including Bill, Bill: On His Own, and Johnny Belinda. More recently, he has also made appearances in The Special Relationship, Vegas, Inside Amy Schumer, Fortitude and Drunk History.

Perhaps his most noteworthy role of all, however, is that of Samuel Bruckner in the series, The Art of More, which has been airing since 2015.

Aside from acting, he has also been invited onto various talk shows over the years such as Live with Kelly and Ryan, Made in Hollywood, The Ellen DeGeneres Show and Conan.

He has been married to Kimberly Buffington since 2004. Married twice previously, his ex-wives include Meg Ryan and P.J. Soles.

Does Dennis Quaid Have Any Children?

Yes, he has three children- fraternal twins Zoe Grace and Thomas Boone with his current wife, and a son named Jack Henry with his ex-wife, Meg Ryan.

Did Dennis Quaid Go to College?

Yes, he studied drama and acting at the University of Houston, though he ultimately dropped out prior to graduating.

What is Dennis Quaid Famous For?

Dennis Quaid is best known for his work in film. Some of his notable credits include The Parent Trap, The Day After Tomorrow, The Right Stuff, Soul Surfer, and Far From Heaven.

Last month, the actor sold his lake view home in Austin, Texas, for $3.5 million. We do not have any information on his current residence at this time.

What Kind of Car Does Dennis Quaid Drive?

Details on Dennis Quaid’s vehicle are not available.

How Much Money Did Dennis Quaid Make Last Year?

Unfortunately, details on Dennis Quaid’s annual earnings are unavailable at this time.

According to IMDb, he will be appearing in a few upcoming films including Kin, Motivated Seller, and Pretenders. Earlier this year, he also played as George W. Bush in the television series, American Crime Story.

What’s the actor up to nowadays? If you’re a fan of his work, why not follow him on social media? For instance, you can keep up with his tweets by following him on Twitter at @DennisQuaid.