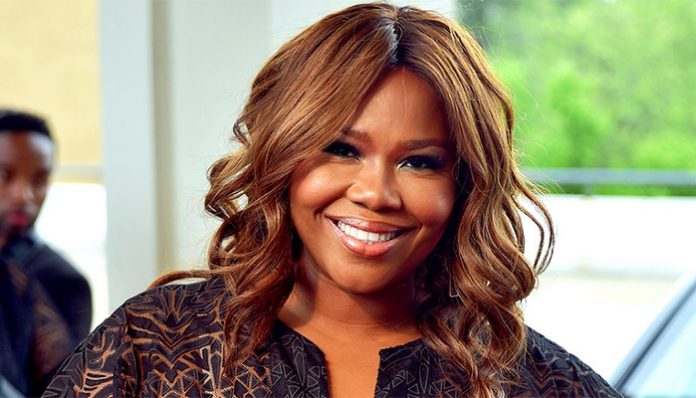 A successful media mogul, Mona Scott Young is best known as the CEO of Monami Entertainment. Responsible for producing VH1’s popular reality series, Love & Hip Hop, the entertainment company has grown tremendously over the past decade. Some of the other shows that they’ve worked on include The Gossip Game, The New Atlanta, and Donald Trump Presents: The Ultimate Merger.

In addition to her work behind-the-scenes, she has hosted several of the shows that she has produced including Love & Hip Hop: Reality Check, Love & Hip Hop Atlanta: Dirty Little Secrets, and 40 Greatest Love & Hip Hop Moments.

Considering all that she’s accomplished on television over the years, is it accurate to assume that she’s well off? How wealthy is the businesswoman? According to various sources, Mona Scott Young has amassed a net worth of $30 million as of 2018. Where did she earn the bulk of her fortune from? We’ll be taking a look at this below.

How did Mona Scott Young Make Her Money & Wealth?

Born on February 15, 1967, in Queens, New York City, she initially got involved with the entertainment industry as the co-founder of Violator, a management company, that she created with music executive, Chris Lighty. Over a period of two decades, they helped to launch the careers of a number of artists including Foxy Brown, Mariah Carey, Busta Rhymes, and 50 Cent, among many others. Ultimately, it wasn’t until the mid-2000’s that she transitioned into television.

Sometime after helping to produce the show The Road to Stardom with Missy Elliot, she created her own production company called Monami Entertainment. Not long afterward, she was approached by a VH1 director about developing a reality series around rapper Jim Jones. Deciding to take a chance, she eventually created what would later become known as Love & Hip Hop.

A huge success, the series has since spawned multiple spin-offs including K. Michelle: My Life,  Leave it To Stevie, Love & Hip Hop: Hollywood, and Chrissy & Mr. Jones, among several others. In addition to the media franchise, she has also produced other shows such as The New Atlanta, Donald Trump Presents: The Ultimate Merger, and The Gossip Game, among others.

Some of the other television programs that she’s appeared in over the years including It’s Not You, It’s Men, RapFix Live, The View, Revolt Live, and The Wendy Williams Show.

In addition to her TV career, she is also the CEO and part owner of a brand of sparkling wines called MYX Fusions with Nicki Minaj. Not only that, but she serves on the board of multiple organizations including The GrassROOTS Foundation, RSQ Foundation and Haitian Roundtable.

Yes, she has been married to Shawn Young since 2005.

Does Mona Scott Young Have Any Children?

Yes, she has two children with her husband.

No, as far as we know, Mona Scott Young has not gone to college. Instead, she had begun working out of high school.

What is Mona Scott Young Famous For?

Mona Scott Young is best known as the CEO of Monami Entertainment, the entertainment company responsible for producing the popular reality franchise, Love & Hip Hop, which airs on VH1.

Unfortunately, we do not have any information on Mona Scott Young’s location at this time, nor do we have any photos of her home.

What Kind of Car Does Mona Scott Young Drive?

Details on Mona Scott Young’s vehicle are not available.

How Much Money Did Mona Scott Young Make Last Year?

Unfortunately, details on Mona Scott Young’s annual earnings are unavailable at this time.

Want to keep up with the media mogul? If so, why not give her a follow on social media? You can find Mona Scott Young on platforms such as Instagram and Twitter at @MonaScottYoung. if you’re on Facebook, you can also like her official fan page by clicking here.