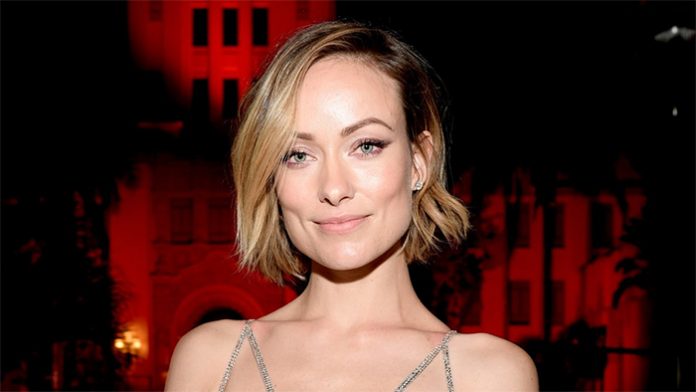 An Irish-American actress, Olivia Wide is perhaps best known for playing Dr. Remy Hadley aka “Thirteen” in the medical drama, House. Some of the other television series that she’s appeared in include The O.C., The Black Donnelly, Portlandia, and Doll & Em.

Aside from television, the brunette has also worked on a number of films such as Alpha Dog, Butter, Tron: Legacy, and Drinking Buddies. Not only is she known for her acting, but she has produced a handful of titles including Meadowland, Drinking Buddies, and Free Hugs. Recently, she made her Broadway debut in a stage production of 1984.

How well paid is the television star? How much did she earn from her appearances on House? According to various sources, Olivia Wilde has amassed a net worth of around $20 million as of 2018. What has contributed the most to her overall wealth? Below, we’ll be taking a closer look at her acting career.

How did Olivia Wilde Make Her Money & Wealth?

Born on March 10, 1984, in New York City, New York, Olivia Wilde grew up in Washington, D.C., where she went to Georgetown Day School for a few years, before attending boarding school. Having caught the acting bug in her late teens, she ultimately chose to defer her college enrolment three years after graduation, in order to pursue a career on television instead.

With a bit of luck, she eventually landed her first acting role in the Fox series, Skin in 2003. From there, she played the role of Alex Kelly, a recurring character in the teen drama, The O.C. from 2004 to 2005. Over the next few years, she appeared in the films Conversations with Other Women, Alpha Dog, and The Girl Next Door.

A few years after her debut, she received a breakthrough after being cast as Dr. Remy Hadley aka “Thirteen” in the medical drama, House. Her most popular role to date, her portrayal of the internist earned her many accolades including a Teen Choice Award for Breakout Female Star in 2008. How much was she paid for her appearances? Reportedly $40,000 per episode.

Since the end of House in 2012, the brunette has made several appearances in movies such as Rush, Better  Living Through Chemistry, The Longest Week, and Love the Coopers, among others. How much is she paid per film? According to sources such as Statistic Brain, she earns anywhere from $150,000 to $3 million per movie, depending on the title. For instance, it’s said that she was paid $2.5 million for her work on The Incredible Burt Wonderstone in 2013.

Though she hasn’t appeared on television as much in the recent years, she did co-star in the HBO period drama, Vinyl in 2016. For her portrayal of Devon Finestra, Wilde was said to have received $50,000 per episode (she appeared in eight episodes for a total of $400,000).

As far as other ventures go, she recently made her Broadway debut in a production of 1984, which saw her playing the role of Julia.

While the actress isn’t married, she has been engaged to Jason Sudeikis, an actor and comedian since 2013.

Does Olivia Wilde Have Any Children?

Did Olivia Wilde Go to College?

Upon graduating high school, she was accepted to Bard College. Wanting to pursue acting instead, however, she chose to defer her enrolment three times. In the end, she studied at The Gaiety School of Acting in Dublin.

What is Olivia Wilde Famous For?

Olivia Wilde is perhaps best known for playing the role of Dr. Remy Hadley aka “Thirteen” in the Fox medical drama, House.

According to her Twitter bio, Olivia Wilde currently lives with her family in Brooklyn, New York. Unfortunately, that’s the extent of the information that we have at this time.

What Kind of Car Does Olivia Wilde Drive?

Details on Olivia Wilde’s vehicle are not available.

How Much Money Did Olivia Wilde Make Last Year?

At this time, we do not have any information on Olivia Wilde’s annual salary.

Later this year, Olivia Wilde will be co-starring in a drama film titled, Life Itself. As far as other upcoming projects go, she is currently directing on another movie called, Booksmart, which will come out sometime in 2019.

Want to keep up with the talented actress? If so, why not follow Olivia Wilde on social media? You can find her on Instagram and Twitter at @OliviaWilde. On Facebook, you can also show your support by visiting and liking her official fan page here.