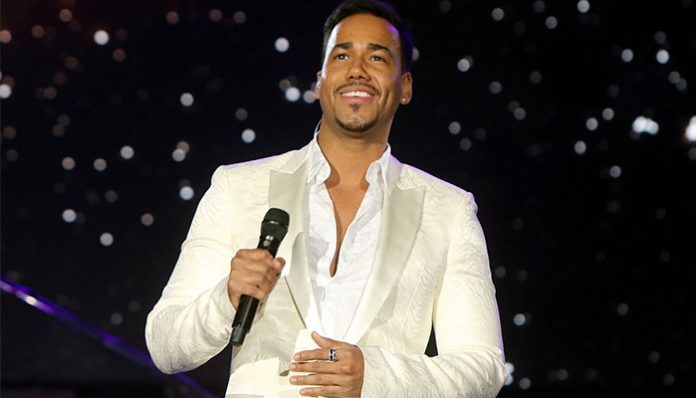 A well-known singer, Romeo Santos rose to fame as the lead vocalist of the bachata band Aventura in the 1990’s. By the time they split in 2011, they had released a number of albums including We Broke the Rules, Love & Hate, God’s Project, and The Last.

In the recent years, he has made a name for himself as a solo music artist. Some of his most popular songs to date include You, Promise (Feat. Usher), Mi Santa (Feat. Tomatito), Rival (Feat. Mario Domm), and La Diabla, all of which have charted in the U.S.

With all that said, how financially successful is he? How much has he earned from his records? How well-off is he today? According to various sources, Romeo Santos has amassed a net worth of around $30 million as of 2018. What are some of his most noteworthy projects? Let’s take this opportunity to have a closer look at his music career.

How did Romeo Santos Make His Money & Wealth?

Born on July 21, 1981, in New York City, New York, Romeo Santos grew up in The Bronx, where he had a humble upbringing. Fond of music, he and three of his cousins formed a group called Los Tinellars in the early 1990’s. Following the release of their first album, they changed their name to Aventura. From there, they dropped a second project titled, Generation Next in 1999, which gained them widespread attention.

By the time they disbanded in 2011, they had released four additional studio albums- The Last, God’s Project, Love & Hate, and We Broke the Rules. Some highlights from the projects include Ella y Yo (Feat. Don Omar), All Up 2 You, Hermanita, and Un Beso, all of which charted in the U.S.

As you can probably expect, Santos likely earned a decent amount from his work with Aventura. In addition to what they’d pulled in from record sales and the like, the group had also performed a number of shows during their time together. In fact, it was announced in 2015, a few years after their disbandment, that they would be reuniting for a set of concerts across the U.S.

On top of what he’s accomplished with Aventuras, Santos has also enjoyed success as a solo artist. In 2011, he released his first solo album, Formula, Vol. 1. Since then, he has issued two additional titles, the latest of which came out in 2017. Some of his most popular singles to date include Promise (Feat. Usher), You, Propuesta Indecente, Odio (Feat. Drake), and Eres Mia, all of which charted on the US Hot Latin Songs Chart.

As far as other ventures go, he has also acted on a couple of occasions. In 2015, he made his feature film debut in the action thriller, Furious Seven. From there, he lent his voice to Early Bird in the animated movie, Angry Birds in 2016.

On television, he has been featured in a number of shows over the years including Today, Jimmy Kimmel Live, Celebrity Page, Susana Gimenez, The Tonight Show Starring Jimmy Fallon and Sesame Street, among others.

No, Romeo Santos is not married as far as we know.

Does Romeo Santos Have Any Children?

Yes, he has a son named Alex Damian Santos from a previous relationship.

Did Romeo Santos Go to College?

No, Romeo Santos has not gone to college. Instead, he pursued a music career as a member of Aventura in the 1990’s.

What is Romeo Santos Famous For?

Romeo Santos rose to fame as a member of the bachata band, Aventura, which he formed with two of his cousins in the early 1990’s. After releasing several albums together, they disbanded in 2011.

Romeo Santos currently resides in New York. We do not have any photos of his abode at this time.

What Kind of Car Does Romeo Santos Drive?

Details on Romeo Santos’ vehicle are not available.

How Much Money Did Romeo Santos Make Last Year?

At this time, we do not have any information on Romeo Santos’ annual salary.

Last year, Romeo Santos released his third studio album, Golden on July 21, 2017. His first project in three years, it gave rise to four successful singles, Imitadora, Heroe Favorito, and Sobredosis, the last of which came out earlier this year.

Want to know what the singer is up to? How about giving him a follow on social media? You can find Romeo Santos on a few online platforms including Instagram (@RomeoSantos) and Twitter (@RomeoSantosPage). For his official MVs and more, don’t forget to check out his YouTube channel as well!