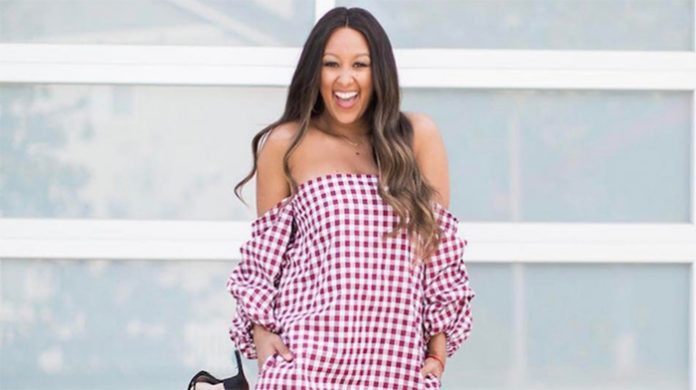 An American actress, Tamera Mowry rose to fame for her portrayal of Tamera Campbell in the 90’s sitcom Sister, Sister. Responsible for the launch of her acting career, she had starred opposite Tia, her younger twin sister.

She has appeared in several different television series including Strong Medicines, Roommates and Things We Do For Love. At one point, she and her sister even had their reality show called, Tia & Tamera on the Style Network. Today, she is best known for hosting the The Real talk show.

How wealthy is the former child star? How much was she paid for her starring role in Sister, Sister? How well-paid is she as a television host? According to sources, Tamera Mowry’s current net worth sits at around $4 million. Wondering where this fortune of hers came from? We’ll be taking a better look at how things have played out for her below.

How did Tamera Mowry Make Her Wealth?

Born on July 6, 1978, in Gelnhausen, West Germany, Tamera Mowry and her twin sister often participated in talent shows and pageants during their childhood. She made her TV debut on the NBC sitcom, Flesh ’n’ Blood. From there, she made a couple of guest appearances in the series True Colors and Full House.

Two years later, she was cast as one of the main leads in the sitcom, Sister, Sister opposite her twin sister. Responsible for her rise to fame, her portrayal of Tamera Campbell earned her several accolades including three Nickelodeon Kids’ Choice Award, and two NAACP Image Awards. In the end, the show ran for five years, from 1994 to 1999.

Over the next decade, she appeared in several series including Express Yourself, Strong Medicine, Roomates and Things We Do For Love. Not only that, but she starred in a few TV films such as Twitches, Twitches Too, and Seventeen Again.

Eventually branching to reality TV, she and her sister received their own show, Tia & Tamera in 2011. Premiered on the Style Network, the series followed the identical twins as they worked to balance their acting careers with marriage and motherhood. Well received, it ran for three seasons until September 2013.

Following the end of Tia & Tamera, she was made one of the hosts on the popular talk show, The Real– a role that she continues to this day. In fact, her work has yielded her several accolades over the past few years including three Daytime Emmy Award nominations for Outstanding Entertainment Talk Show Host, one of which resulted in a win. Unfortunately, however, it’s not known how much she’s paid as one of the hosts.

What other shows has she appeared in on over the past year? She has also made recent appearances on Fox and Friends, Celebrity Page, and Home & Family. Earlier this year, she also attended the 45th Annual Daytime Emmy Award ceremony.

Yes, she has been married to Adam Housley, a correspondent for Fox News, since 2011.

Does Tamera Mowry Have Any Children?

Yes, she has two children with her husband, a son named Aden John Tanner Housley and a daughter named Ariah Talea Housley.

Did Tamera Mowry Go to College?

No, as far as we know, Tamera Mowry has not gone to college.

What is Tamera Mowry Famous For?

Tamera Mowry initially rose to fame in the 90’s sitcom Sister, Sister. In the recent years, she is best known for hosting the talk show, The Real alongside Loni Love, Adrienne Bailon and Jeannie Mai.

Tamera Mowry currently splits her time between Napa Valley and Los Angeles. Unfortunately, we do not have any pictures of her abode at this time.

What Kind of Car Does Tamera Mowry Drive?

Details on Tamera Mowry’s vehicle are not available.

How Much Money Did Tamera Mowry Make Last Year?

At this time, we do not have any information on Tamera Mowry’s annual salary.

As mentioned earlier, she has been hosting The Real since 2013. Aside from that, she’s also made recent appearances in the shows Fox and Friends, and Celebrity Page.

In terms of acting, she made a couple of cameos in the television series Hollywood Darlings and Daytime Divas last year.

Want to keep up with the talk show host? If so, how about following her on social media? You can find Tamera Mowry on Instagram and Twitter at @TameraMowryTwo. On Facebook, you can also show your support by liking her official page here.