What Happened to Alexis Bellino? – 2018 Update 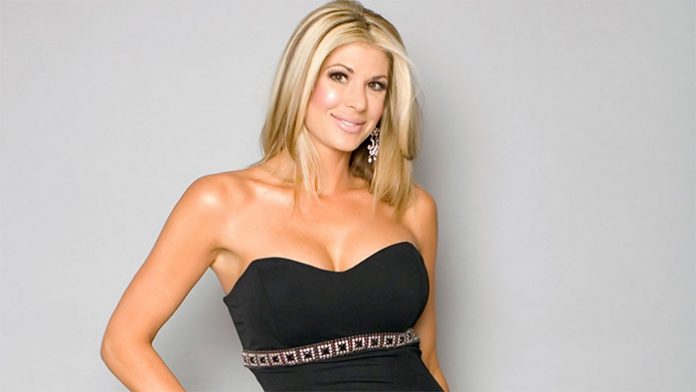 A television personality, Alexis Bellino gained fame after joining the cast of The Real Housewives of Orange County in season five. Ultimately, she remained on the show for three seasons before leaving in the fall of 2013. What has she been up to since then? Has she returned to television? Let’s have a look.

What Happened to Alexis Bellino? 2018 Update

Though she originally quit after the seventh season of RHOC due to bullying and drama, she ultimately surprised fans by returning for the eighth season in September 2012. Allegedly, she had decided to go back to the show after the producers asked her to reconsider her decision over the phone. Wanting to set an example for her children that bullies don’t win, she returned.

Despite all of this, however, it was later revealed that she had not been asked to return for the ninth season, which premiered in 2014. Thus, her “housewife career” came to an end. According to IMDb, Bellino has not appeared on television since.

Sometime after she left The Real Housewives of Orange County, Bravo TV checked in on the former reality star to find that she’d been living it up, Las Vegas-style- according to her Instagram posts. Happily, in love with her husband Jim, the two appeared to have enjoyed several vacations together in 2015.

But that’s not all, she’s also been kept busy with her family business. That same year, the couple opened their third indoor trampoline park called Sky Zone San Marcos in Northern San Diego. To promote the grand opening, they even held autograph-signing sessions!

A mother of three, it’s not surprising to know that she’s also spending quality time with her children, Melania, Mackenna, and James, whenever she can.

What has she been up to lately? For one thing, she and her husband recently put their California home up for sale for $2.739 million, according to the Los Angeles Times. Just a few months prior, they had purchased a new rustic-chic home in August 2017.

Up for grabs on the real estate market, the Spanish-inspired abode features 6,449 square foot of space with 4 bedrooms and 4.5 bathrooms. Complete with ornate chandeliers and crisp white walls, the crib also includes a home theatre, a spa, as well as a game room.

Born on January 19, 1977, in Missouri, Alexis Bellino grew up in the small town of Hannibal. After graduating from high school, she attended the University of Missouri, where she obtained a bachelor’s degree in marketing. A few years after her college graduation, she married her boyfriend at the time, Jeff Barry in 2002. Due to irreconcilable differences, however, they two later divorced in 2004.

Several years later, it was announced that the Hannibal-native would be joining the Bravo’s popular reality series, The Real Housewives of Orange County. Introduced in the fifth season, Bellino made her debut at the same time as Gretchen Rossi in the fall of 2009. Other members of the main cast included Vicki Gunvalson, Tamra Judge, Jeana Keough, and a few others.

As one of the main stars, Bellino’s popularity steadily increased over the course of the season. Known for “living life on her own terms”, her relationships with the other housewives were followed as one of the main plots of the show.

In the end, the blonde remained on RHOC until the end of the eighth season in 2013. She had made her final appearance in the season finale, Secrets Revealed, which aired on September 1, 2013.

During the 2010’s (at the same time as RHOC), she also made occasional appearances on shows such as Lopez Tonight, Spirit Fashion Show, Watch What Happens: Live and The Tonight Show with Jay Leno. At one point in 2015, she even appeared as herself in the TV documentary, Real Scares.

Though mostly known for her appearances on reality TV, she had also acted as a news anchor in the medical drama, General Hospital in 2012.

Why Did Alexis Bellino Leave RHOC?

According to reports, the reality star had been fired from The Real Housewives of Orange County following the eighth season (despite her willingness to leave in the previous season). Though many fans had their own suspicions, Bellino herself later spoke out about the situation, stating that “[she] probably wasn’t asked back because [she] had said no to a lot of events.” For instance, she and her husband had agreed not to attend bachelor/bachelorette parties, something that the show had often required.

As far as whether or not she hands out with her former co-stars, the answer seems to be no. While she has admitted that it’s fun with the girls, she doesn’t miss the drama and fighting that comes along with it from time to time. Having said that, it appears that she’s still on good terms with Vicki, as they often go on double dates together.