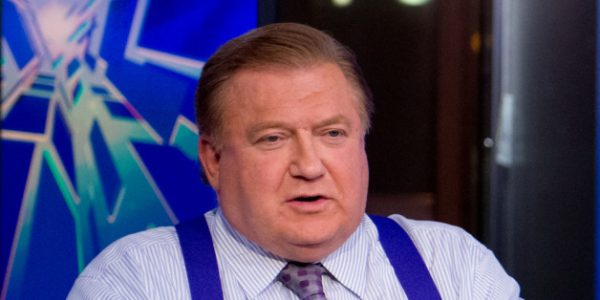 A member of The Five panel alongside names such as Eric Bolling, Bob Beckel keeps up the tradition of controversy that has surrounded the show since basically its inception. A rare creature on Fox News as he was an open democrat for the network, many people have wondered what has happened to him as of late. Here, we will take a look at what Bob Beckel has been doing in 2018.

As of 2018, political commentator, analyst, and television personality Bob Beckel has been backing away from television appearances. Instead, he has started his own podcast titled “Beckel’s Bob Cast” which tends to focus on current events especially within his field of political expertise. This includes features like the “star and goat” of the podcast, which highlight the best and worst political actors of the week. Beckel, despite being predominantly a political progressive commentator, also regularly has guests which don’t exactly fit on The Hill. But how did Bob Beckel get his role as one of the biggest voices regarding American Politics, from the White House to Wall Street to Main Street? Let’s find out.

Born Robert Gilliland Beckel in New York City, New York on November 15, 1948, Beckel originally was raised in Lyme, Connecticut. His father, Cambridge, was an author that did a great deal of political commentary, though mostly writing on “lessons learned” regarding international political relations. Being raised in such an environment, it’s no surprise that Beckel got into politics early, early enough in fact to work with Robert Kennedy’s presidential campaign in college (he attended Wagner College) before going to join the Peace Corps and serving in the Philippines for several years.

In 1977, Bob Beckel would make his mark on the nation at quite a young age as he would be the youngest Deputy Assistant to the Secretary of State during the Carter Administration. Of his biggest victories was the passing of the legislation for the Panama Canal treaty through Congress, which would give him enough clout to be promoted to Special Assistant to the President on affairs in the Middle East. After this, which could have been an illustrious career within the halls of Congress or the White House, Beckel would take his talents to the trails, the election trails, that is. Forming the consultant firm called Bob Beckel and Associates or later simply Beckel-Cowan, Beckel would end up helping presidential and congressional candidates get some serious votes. During this time, he would also become an accomplished George Washington University professor of Political Science. This consultancy and teaching would gain him some level of notoriety as an expert on issues both domestic and abroad until, in 2011, he would join the Fox News Network.

Fox, The Five, and Fall.

Beckel would make it directly into the public spotlight with the Fox News Show The Five, which consisted of a board of experts with different political views debating multiple policies that were seen as topical. Beckel’s first stint on the show would last from 2011 to 2015 and be filled with controversy. During this time, an interesting event occurred regarding the cast of The Five, where Eric Bolling (a conservative pundit for the show) would save Beckel’s life as he choked on a piece of shrimp. Among the most controversial statements, Beckel would make was calling for the assassination of Julian Assange, head of WikiLeaks within the first season of the show. Fox News network heads would continue to be uneasy with some opinions held by Beckel, and when he went in for back surgery in 2015, having a subsequent addiction issue to pain medication (and cocaine), the time to remove Beckel had come.
After making a recovery, Beckel would hop onto CNN’s election commentary for the 2016 election. As with many of his pundit colleagues, Beckel would be made to eat humble pie as not long before the election, Beckel would state that Democrats had the presidential win in the bag, stating “I’ve been in 5 presidential campaigns… The Republicans should start going into hiding… This Race, effectively, as of tonight, is over.” He would also hop onto USA Today as a columnist for their editorial section, continuing his tradition of sparking debate with his ideological opposites.

By the time 2017 had rolled around, Beckel would return, albeit very briefly to The Five, from January to May. He would be let go for the final time, after filming 708 episodes from Fox as he reportedly made insensitive statements towards an African American Fox News Network employee, which was not taken lightly. If you would like to read more about Beckel’s life, he has authored an autobiography called “I should be dead: My life surviving politics, TV, and addiction”.