Bill O’Reilly is a controversial figure in American television news. Throughout his career, he has been an author, a journalist, and the host of the O’Reilly Factor. It is thought that he was the one that pulled in all the ratings for Fox News before they let him go amid sexual harassment accusations.

Bill was born on September 10th, 1949 in Manhattan, NY as William James O’Reilly Jr. The family lived in Fort Lee until Bill was two, and they moved to Long Island. At the Chaminade High School, Bill engaged in athletics such as varsity hockey and baseball in the Little League. He graduated in 1967 and went to Marist College in New York. Bill continued his athletic pursuit while getting his BA in History. He also started his journalism career by writing for the college paper which was called The Circle.

After teaching for a couple years in Florida, Bill O’Reilly went back to school for his master’s degree in broadcast journalism. He attended and then graduated from Boston University. He went there at the same time as Howard Stern. Bill wrote for several different newspapers at that time and interned at a television station. Once he graduated, he traveled all across the country, doing stunts at various TV stations from Dallas to Denver. 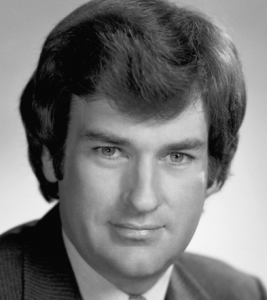 While Bill was in Denver, he won his first Emmy for reporting on an aircraft hijacking. In his pre-Fox News years, Bill was on various different news shows that he would later refer to as “fake news.” He first worked as a correspondent for CBS News, before switching to ABC News in 1986. He then took over the famous show Inside Edition, first as the senior correspondent and then as the regular news anchor. During that whole time, Inside Edition was very highly rated.

Eventually, O’Reilly went to get an additional Master’s degree in business administration at Boston University. In 1996, Bill started at Fox News when the channel was in its infancy. The CEO, Roger Ailes, started him right off in his own show, The O’Reilly Factor. He had the show for 21 years before he was let go due to six different sexual harassment lawsuits. Before that, he also hosted a radio program called The Radio Factor, wrote a regular newspaper column, and authored several bestselling books.

The Downfall of Bill O’Reilly


For a long time, Bill O’Reilly seemed untouchable. He was winning Emmys, getting great ratings on the O’Reilly Factor, and some claimed that he alone was carrying Fox News on his shoulders. Unfortunately, it was not fated to last forever. Bill was on vacation in April 2017 when he was informed that he would not be welcomed back to the news channel he had been with since it’s infancy.

According to an investigative report by the New York Times, either Fox News or Bill O’Reilly himself had paid over $10,000,000 to silence five women who accused O’Reilly of various forms of harassment, ranging from verbal to sexual in nature. The claims spanned the course of his career. The first one occurred in 2002. Most of the cases settled for $2 million or less, but in 2004 Bill paid a former co-worker $9 million to settle sexual harassment and extortion allegations out of court.  Despite this, Bill O’Reilly denies the validity of all of the claims.

After he was terminated from Fox News, Bill released an open letter denying any responsibility for the behavior outlined in the multiple lawsuits. He referred to the claims as “completely unfounded.” This led to Bill being sued by ex-coworker Lauren Dhue a second time. This instance was for defamation and slander. 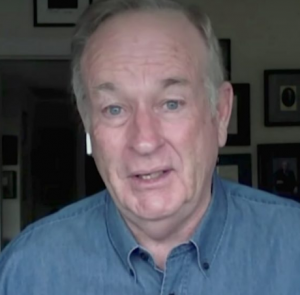 In spite of all of this, Bill O’Reilly has not quite stepped out of the public eye. He has been continuing to broadcast his conservative message on his website, which he calls No Spin News. He regularly releases blog entries, new videos, and even a podcast. Bill Reilly’s new podcast boasts that it has no commercial breaks or frightened executives – a reference to the people who fired him. Some features on his website are only for donors, or premium members. On a recent video, he invited his old coworker Glenn Beck to work through the topics of the day.

Besides the work on his own website, Bill O’Reilly has also been working in some capacity for Fox News, even if he is no longer behind the camera. He was credited as being the executive producer behind a show called Legends & Lies for the premiere of season three. He used to narrate the show during the first and second seasons before he was let go. Most recently, Bill told Sarah Huckabee Sanders, the White House Press Secretary, that he would serve as a guard for her against “out of line” journalists.