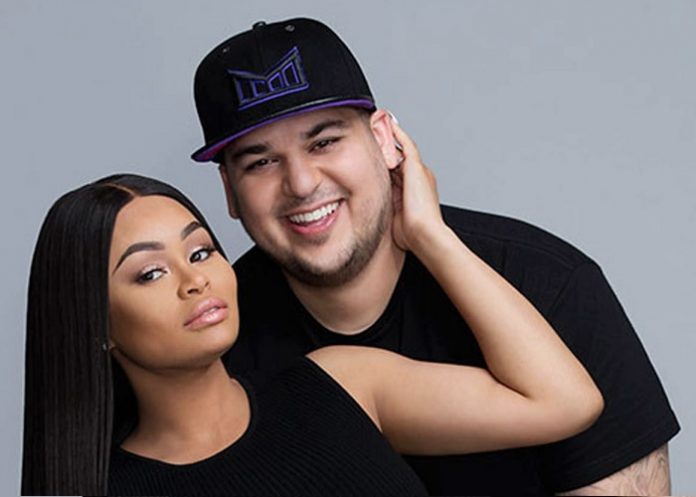 For over a decade now, reality TV fans have been spellbound by the antics of the Kardashian clan, since ‘Keeping Up with the Kardashians’ first graced our screens back in 2007. The show has been constantly bombarded with criticism from critics for its lack of intelligence and desperate attention seeking since it began, but viewers in their millions don’t agree, and the E! network’s reality TV gem has been a much-loved guilty pleasure through 14 seasons and over 200 episodes now in 2018.

‘Rob and Chyna’ was just one of the several spin-offs from the main show, it featured the only male sibling among the Kardashians, little brother Rob, and his girlfriend, glamorous model Blac Chyna, as they made preparations for the birth of their first child together. Rob & Chyna was a popular show for fans of the Kardashian family, and after the first season of seven episodes ended in December 1016, E! Had already signed up the pair for another eight episodes in season two, but it never happened, and the couple have since been hitting the headlines for all the wrong reasons, as their once close relationship has collapsed into a messy public battle of accusations and lawsuits.

But what went wrong with Rob and Chyna? Why did the happy couple split up? And what’s the latest news on the legal action between them? Read on to find out.

Rob and Chyna – Before the Split

Rob & Chyna premièred on September 11th, 2016, the couple had been together since January of that year, and in April 2016 they had announced their engagement via Instagram. The following month rumors that Chyna was pregnant began, and in September they confirmed that they were expecting a girl in November 2016. It was a happy ending for both of them, Rob had dated actress Adrienne Bailon for two years until 2009, and then had a short relationship with singer Rita Ora, which ended with accusations from Rob that Rita had cheated on him with multiple partners. Chyna, whose real name is Angela White, had previously clashed with the Kardashian family when rapper Tyga, her boyfriend and father of her first child, had split up with her in 2014 after reports that he had begun a relationship with Kylie Jenner. But when Chyna and Rob got together she quickly reconciled her differences with her future in-laws and the future looked bright, but it wasn’t to last.

Rob & Chyna’s daughter, Dream Renee Kardashian, was born on November 10th 2016, but days before the seventh episode of Rob and Chyna – ‘The Baby Special’ was due to air on December 18th, 2016, Rob announced on Instagram that Chyna had left the home he had just bought for them and taken their month old daughter with her. On December 20th however, the couple were back together, Rob had apologized to Chyna on Instagram and together they were going to move on from the ‘Heat of the moment’ split.

Rob’s often public struggle with depression, and some residual dislike of Chyna from the Kardashian family didn’t help Rob and Chyna, but they managed to make it to their one year anniversary in January 2017. Unfortunately, by mid-February, the couple admitted that their relationship was over. The first rumors of legal action began with suggestions that Rob would battle for custody of their daughter, while Chyna wanted full custody, with Rob only getting visitation rights. The pair seemed to have got over the split at Rob’s 30th birthday party on March 17th, 2017, Chyna was invited and things went off without any drama, and in April Rob and Chyna were spotted at a restaurant together, prompting reports that they were due to restart their on-off relationship up again.

The never-ending media interest in the pair produced reports that Rob had begun dating reality TV star Meghan James, and both Rob and Chyna insisted they were not together, but they were getting on well and focused on raising Dream in a good environment. But then Rob set off a storm of left-over fireworks on social media on July 5th, and the friendly atmosphere between Rob and Chyna was blasted away forever. Rob shared several naked photos of Chyna, and also accused her of infidelity, as well as claiming she had a drug and alcohol abuse problem. The posts were deleted after 30 minutes, but by then they had been shared and seen by millions of drama-loving fans. As a result of Rob’s social media posts, Chyna was granted multiple restraining orders against Rob in July 2017.

In mid-September 2017 Chyna and Rob had once again appeared to reach a compromise, agreeing to bring up Dream between them, but later that month Rob filed a lawsuit with sister Kylie alleging that Chyna had attempted to choke him with an iPhone cord. The pair claimed the incident had taken place at Kylie’s home and together they were suing her for assault, battery, and vandalism. They also claimed that Chyna’s decision to have a baby with Rob was nothing more than an attempt to ‘shake down’ the Kardashian family, further branding Chyna as a ‘money-hungry, shameless pseudo-celebrity’.

Chyna was quick to respond, and by mid-October she had filed her own lawsuit, alleging that Rob had verbally and physically abused her, and damaged her brand with the help of his family. Chyna also included Rob’s mom Kris, and sisters Kourtney, Kim and Kendall in the complaint, and she was seeking an unspecified amount of compensation for the significant damage to her public profile caused by Rob’s social media rant, and the criticism she had received from the other members of the Kardashian family.

What are Rob and Chyna Doing Now in 2018? – Recent Updates

Chyna also launched a lawsuit against Kim Kardashian and Kris Jenner, claiming that their portrayal of her as a bad mother had resulted in E! Dropping the ‘Rob and Chyna’ show after only one season, but in January 2018 the judge ruled against Chyna, due to his belief that E! would be unlikely to resist producing a show involving a bad mother, however, Chyna still has a lawsuit pending against Rob for the cancellation of the show.

In February 2018 Chyna added Khloe and Kylie Kardashian to the lawsuit, a decision she had made originally when first filing it, but which she later changed her mind about. Chyna continues to insist that the combined efforts of the Kardashian family have been motivated by a desire to destroy her career, and leave her reputation in tatters, while various members of the Kardashians continue to brand her as ‘Toxic’ and a money-hungry attention-seeker. Rob meanwhile, has stuck to pointing out that it would have been impossible for them to appear in a show together after she had taken out a restraining order against him.

Further problems surfaced for Chyna in February 2018 when a sex-tape in which she performs a sex act on an unnamed partner was leaked to the internet, and which led to her launching yet another lawsuit for damages. In April 2018 another embarrassing video appeared which showed Chyna involved in a public altercation at the Six Flags Magic Mountain Theme park, in which she swung a baby stroller around in a wild fashion. Dream wasn’t actually in the stroller at the time, but Rob was quick to voice his concern for his daughter’s welfare, while Chyna claimed someone had tried to touch her child, and she was only doing what any mother would do to protect her children.

On May 11th, 2018, Chyna’s ongoing legal battle against Kim and Khloe Kardashian, and Kris and Kylie Jenner, received a minor boost when a judge agreed that there was a possible case for intentional interference with prospective economic relations, but he has also asked Chyna to provide further details that support her allegations. So in summary, almost a year and a half after ‘Rob and Chyna’ the show left our screens for good, it’s now a case of Rob Vs. Chyna played out in the far less entertaining setting of the courtroom.