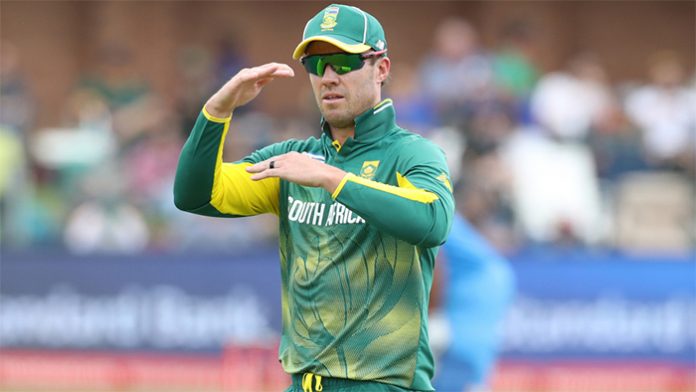 Regarded as one of the greatest batsmen of all time, AB de Villiers has accomplished many feats as an international cricketer. Known for his unorthodox shots, he currently holds many battling records, including the world’s fastest ODI (50, 100, 150), and the fastest T20I 50 by a South American.

A member of the South African national team, he has participated in several World Cup tournaments throughout his career. In fact, he was considered one of the top performers at the 2015 Cricket World Cup, after having scored 482 runs. After many years of serving as captain, he recently stepped down following the team’s defeats at the 2017 ICC Champions Trophy.

How much does he make as a professional cricketer? How lucrative is the sport? How much does he pull in per year? How wealthy is he? According to various sources, his current net worth hovers around $12 million. Below, we’ll be taking a more detailed look at his cricket career.

How did He Make His Money & Wealth?

Born on February 17, 1984, in Bela-Bela, South Africa, he was encouraged from a young age to partake in sports. Growing up, he not only played cricket, but he also excelled at tennis, rugby, and golf. Ultimately, it wasn’t until many years later that he decided to pursue a career in cricket. In 2003, he made his debut as a member of the Titans.

A year later, he made his Test debut against England in December 2004. Despite having only been twenty years old at the time, his performance was well appreciated by the crowd. Known for being an outstanding fielder, many people compared him to Jonty Rhodes, a cricketer who is considered as one of the greatest fielders of all time.

In 2007, he gained further attention after participating in the Cricket World Cup. Though his performance in the tournament left something to be desired, his team went on to compete in the semi-finals, where they were ultimately defeated by Australia. In spite of this setback, he later scored a double century against India the following season, making him the first South African cricketer to have ever achieved such a feat.

Since then, he has continued to take part in many World Cup and Test series events. The first individual from South Africa to score two ventures in a single World Cup tournament, it’s said that he makes upwards of $3 million a year. Considering how long he’s been active as a cricketer, it only makes sense that he’s banked a significant fortune from the sport.

As far as other ventures go, he released an autobiography titled, The Autobiography by A.B. de Villiers in 2016. Published by Macmillan, it has received many positive reviews from readers, who have praised it for being captivating.

Will he be retiring from the sport anytime soon? As far as we can tell, he has not shown any signs of slowing down- in fact, he’s still a very active cricketer as of 2018.

Yes, he has been married to his wife, Danielle de Villiers since 2013.

Does AB de Villiers Have Any Children?

Did he Go to College?

No, he has not gone to college.

What is AB de Villiers Famous For?

He is best known for his accomplishments as an international cricketer. A member of the South African national team, he is often regarded as being one of the greatest batsmen of all time.

He currently resides in South Africa. Unfortunately, that’s about all the information that we have on his location at this time.

What Kind of Car Does AB de Villiers Drive?

Details on AB de Villiers’ vehicle are not available.

How Much Money Did AB de Villiers Make Last Year?

Last December, he replaced Faf du Plessis as the captain, after the former picked up a viral infection, which rendered him unable to compete in the match. Earlier this year, he also took part in the Indian to South African 2018 tour.

Want to keep up with the professional cricket player? If so, why not follow him on social media? That’s right, did you know that you can interact with AB de Villiers online? For instance, you can find him on Instagram and Twitter at @ABdeVilliers17. On Facebook, he also has an official fan page, which you can visit by clicking here.