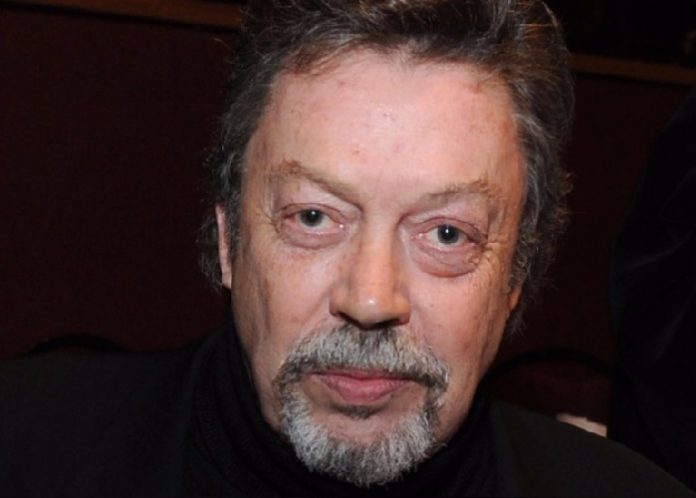 Tim Curry is an actor, singer, and voice actor, who first found fame back in 1975 in his role as Dr. Frank-N-Furter in the cult classic, ‘The Rocky Horror Picture Show’. Since then Tim Curry has amassed hundreds of acting credits and forged a reputation as one of the hardest-working performers of his generation.

Tim Curry has built a reputation as the go-to guy for the portrayal of eccentric, surreal and menacing characters, and he’s personally held responsible for at least a few million cases of coulrophobia, the irrational fear of clowns. He has worked extensively as a voice actor, even after suffering from health problems, but what is Tim Curry doing now in 2018? Read on to find out.

Tim Curry was born in Cheshire, England on April 19th, 1946. His father, James, a chaplain in the British Navy, died when Tim was 12, he and his family moved to South London after his father’s death. Tim attended a private school and showed great talent as a soprano during his early childhood, but he later discovered a love of acting and decided to concentrate on show-business as a career instead. He studied Drama & Theater Studies at the University of Birmingham and graduated with his degree in 1968.

Tim’s first major role was in the musical ‘Hair’, a role he won almost immediately after leaving University. The timing of Tim’s graduation was perfect, the musical had originally opened on Broadway the year before, but the London West-End production had been postponed until British censorship laws were finally repealed in 1968, and nudity and profanity were allowed on the stage. The West-End production eventually surpassed the original back in Broadway, and ran for 1,997 performances, to critical acclaim. The production only came to an end when the roof of the Shaftesbury Theater in London collapsed in July 1973.

During his run in Hair, Tim Curry and fellow cast-member Richard O’Brien had talked about a new genre-defying movie that O’Brien was writing. Tim worked in TV sporadically during his time with Hair, and also after the end of the production, mainly small roles in made for TV movies and the occasional guest appearance in a series. But in 1975 when O’Brien was looking for someone with muscles, someone who could sing, and someone who could speak ‘Like the Queen’, Tim Curry seemed to be the perfect choice for the leading role of Dr. Frank-N-Furter in O’Brien’s film. 20th Century Fox was at a loss to define the genre of the surreal and incredibly original film but eventually labeled The Rocky Horror Picture Show as a musical science-fiction horror-comedy film. Initially, Rocky Horror was lambasted by critics, who were as amazed at Tim’s depiction of a mad transvestite scientist as they were by the surreal and provocative themes of the music, but soon the film began growing a cult following, started by midnight audience participation showings at the Waverly Theater in New York City

The rest is history, The Rocky Horror Picture show has since then racked up over $140 million in box office takings, and the musical is still performed in theaters around the World today, the film remains on limited release even now in 2018, more than 40 years after it first premièred. Tim Curry became famous almost overnight, and since then he has been hugely in demand as a steady choice for directors looking for a quirky character with a menacing twist.

Tim’s work in theaters has been as extensive as his big-screen efforts, he has appeared in acclaimed musicals such as ‘Amadeus’, ‘The Pirates of Penzance’, for which he won an Emmy award, and ‘Spamalot’, for which he won a Best Actor award and was nominated for a Tony award. The number of theater productions he has been involved with over the years is far too long to list, but during the 1980’s his performances in films such as ‘Clue’, where he played the eccentric and mysterious butler Wadsworth, and the fantasy ‘Legend’, in which he played the role of Darkness, showed his ability to play the mysterious villain perfectly on the screen as well as on the stage, and in 1990 it was on the small-screen where he traumatized almost an entire generation with his chilling portrayal of the evil Clown ‘Pennywise’, in the TV mini-series of Stephen King’s best-seller ‘It’.

Tim’s performance as the red-nosed supernatural child-killing clown, was as spell-binding as it was horrific, and it turned the irrational fear of clowns from a rare complaint suffered by a tiny few, into a common affliction for millions around the World. Tim Curry, who had coined the nickname ‘The Cheshire Cat’ amongst his fellow Hair cast-members, due to his infectious grin, was now deluged by offers from directors wanting his unique blend of enigmatic menace. Tim continued to work in TV after the success of ‘It’, but he began to concentrate more on voice acting work, for which he has subsequently received great acclaim from within the entertainment industry.

Tim Curry’s voice acting has included work in Fox’s ‘Peter Pan & The Pirates’, Nickelodeon’s ‘The Wild Thornberrys’, and as Palpatine in ‘Star Wars: The Clone Wars’, among a huge number of other voice-acting roles. He has been cast as a voice actor in numerous video games, including Command & Conquer and Red Alert 3, and he has been the soothing, if slightly menacing, tones behind a large number of audiobooks, including ‘Lemony Snicket’s A Series of Unfortunate Events’, ‘A Christmas Carol’, and Garth Nix’s ‘Abhorsen’ trilogy.

In July 2012, at the age of 66, Tim Curry had a major stroke at his home in Toluca Lake, California, and although he has recovered well, he now uses a wheelchair as a result. Since the stroke Tim has continued to perform as a voice actor, but he has made one fleeting on-screen appearance, in the 2015 TV remake of the film that made him a Worldwide star, Fox’s ‘The Rocky Horror Picture Show: Let’s Do the Time Warp Again’, but even Tim Curry couldn’t frighten the critics into giving anything but resoundingly terrible reviews of that one.

Tim Curry gave a rare public interview when he was honored with the Actors Fund of America Artistic Achievement Award in 2015. When asked what struggling actors should do to improve their chances at auditions, Tim was typically straightforward in his reply, ‘Just keep turning up’ was his advice.