What Happened to Izzie from Grey’s Anatomy? – 2018 Update 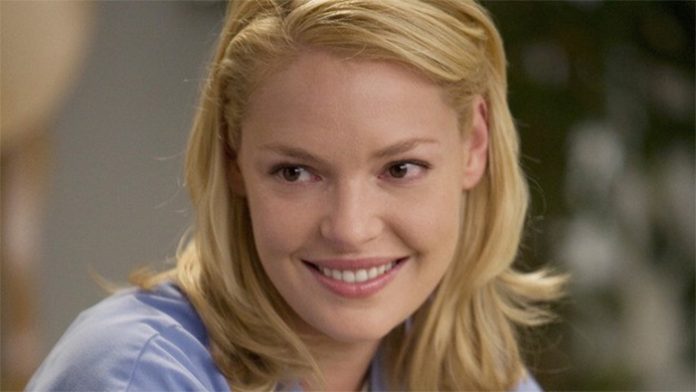 Introduced as a surgical resident at Seattle Gray Hospital, Dr. Izzie Stevens was one of the main characters in ABC’s medical drama, Grey’s Anatomy. During her time on the show, her relationships with colleagues Christina Yang, Meredith Grey, Alex Karev, and George O’Malley were focused upon, as one of the series’ main focal points.

Popular among fans, her character had made it onto numerous lists including Fox New’s “The Best TV Doctors” and Buzzfeed’s “Hottest Doctors on Television.” Despite this, however, she abruptly left the show in season six. What happened to Dr. Izzie Stevens?

What Happened to Dr. Izzie Stevens?

In the fifth season of Grey’s Anatomy, Izzie learned that she had stage four cancer, after discovering that her lab results had been mixed up with that of a patient’s. After investigating the matter further, she tells Cristina about her condition, which eventually begins to affect the latter’s performance in surgery. At the end of the episode, “Stand By Me”, Cristina informs the others about her cancer, which leads Izzie to be admitted to the hospital as a patient.

In the end, it’s decided that Derek will be performing her brain surgery. Not long after the procedure, however, it is discovered that Izzie has a second brain tumor in What a Difference a Day Makes. Wanting to offer her something special, Meredith and Derek later give their wedding to Izzie and Alex at the end of the episode.

After contemplating whether or not to undergo another risky surgery, Izzie goes under the knife for a second time in Here’s to Future Days. To everyone’s relief, she eventually wakes up, though her short-term memory has taken a hit. At the end of the season five finale, Now or Never, she is seen losing consciousness again.

Following the cliffhanger, it’s shown that she has survived in the season six premiere, Good Mourning. Though she eventually recovers, she later leaves the hospital after a kidney patient mishap in the episode, Invasion. Despite their previous wedding, she goes on to leave Alex with a Dear John Letter.

In the twelfth episode of season six, I Like You So Much Better When You’re Naked, Izzie returns to the hospital after being told that Alex is moving on. Despite spending the day trying to win him back, he eventually breaks up with her. With that, she leaves the hospital, never to return.

Though her character has been mentioned several times since Izzie herself has never returned to Grey’s Anatomy.

What led her character to be written out of the medical drama? As you probably already know, Izzie Stevens was played by actress, Katherine Heigl. Though she herself has not talked much about her exit, as it remains a touchy subject, her former co-star, Ellen Pompeo who plays Meredith, has spoken up about some of the reasons behind her departure.

According to her, Katherine’s decision to leave Grey’s Anatomy was attributed to her desire to launch a movie career. Despite that, however, the actress herself had stated that the reasoning behind her exit was so that she could spend more time with her family.

Though the actress has expressed an interest in returning to the show, possibly to tie-up her storyline, the creator of Grey’s Anatomy has stated that she is not interested in revisiting her character. Considering that, it’s probably safe to say that we will not be seeing Izzie in the series again anytime soon.

Brought up in a trailer park, Izzie worked as a waitress for many years as a teen, to save up for college. Despite her efforts, however, most of her money was spent by her mother. As a result, she left home at the age of eighteen. Later a medical student at the University of Washington School of Medicine, she paid her way through school by working as a model.

At the beginning of Grey’s Anatomy, she is introduced as one of the surgical residents. Though she initially has a hostile relationship with Alex, who’d exposed her past as a lingerie model, the two eventually begin dating. As the series continues, however, she falls in love with a patient named Denny Duquette. Following his death, he leaves her an inheritance of $8.7 million, which she uses to open up a free clinic at the hospital.

As she and Alex work to rekindle their relationship in the subsequent episodes, she grows increasingly concerned about seeing Denny as a hallucination. As one thing leads to another, she discovers that she has stage four skin cancer. Despite a 5% survival rate, she undergoes brain surgery, during which the tumor is successfully removed.

After a lengthy recovery period, she returns to the work. Following a treatment error that endangers one of her patients, however, she is fired from the program. Blaming Alex for the incident, she leaves him a Dear John Letter and leaves the hospital.