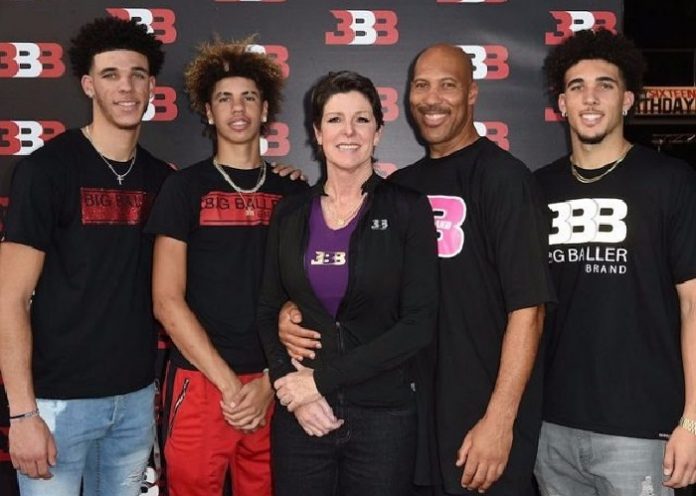 Tina Ball is one of the stars of ‘Ball in the Family’, the reality web-based show that was launched through Facebook Watch on August 29th, 2017. Favorably compared to ‘Keeping up with the Kardashians’, which incidentally is produced by the same team, the shows première was watched by 26 million viewers all keen to get a glimpse at the life of Basketball’s most famous family.

In February 2017, Tina suffered a stroke that left her unable to speak or walk, and her struggle, as well as the unwavering support of her family during her recovery, has become a central theme of the show. But how is Tina Ball doing now over a year since the shocking news? Read on to find out.

LaVar Ball was a basketball and football star at Canoga Park High School, but it was basketball that he concentrated on at college, first at West Los Angeles College, and then at Washington State, before finally moving to Cal State in Los Angeles. It was at Cal State that LaVar met Tina in the hallway. She was a college basketball player as well, and more importantly, she was tall, 6 foot 1 to be exact, and LaVar was even more impressed that she was wearing heels, something that convinced LaVar she was tough, because of the way she walked in them.

LaVar went back to football, in 1994 he played one season playing the position of defensive end with the New York Jets, and the following season he was loaned out to the London Monarchs in the World League of American Football (WLAF) as a tight end. That was the end of LaVar’s professional career after injury forced him to retire. He and Tina married in 1996, and they proceeded to produce a new generation of sporting stars.

Tina and LaVar’s sons and their careers so far

As LaVar has remarked, if you want good basketball players, then no-one could be better as parents than basketball players. First son Lonza was born in 1997, LiAngelo joined the family the following year, and LaMelo was born in 2001, and all three have inherited their parent’s sporting talents, but it’s eldest son Lonzo who has met with the most success so far.

Lonzo is six feet six inches tall, the same height as his father. In 2016 at Chino Hills High School, he led his team to a national championship in an undefeated season, being awarded several national high school player of the year awards as a result, as well as the Wayman Tisdale Award as the best freshman in the country. Lonzo went on to play college basketball with the UCLA Bruins during the 2016-2017 season, winning consensus first-team All-American Honors along the way, and in the 2017 NBA draft, The Los Angeles Lakers chose him as their second overall pick.

Brother LiAngelo Ball has played in the Lithuanian Basketball League, and LaMelo is currently playing for the Los Angeles Ballers, in the Junior Basketball Association (JBA), which was set-up by LaVar Ball in late 2017. LaMelo is still only 16, but already he’s the same height as LiAngelo at 6 feet 5. The youngest Ball brother is currently one of the most high-profile school-aged players in the World, he has his own signature shoe, through his father’s Big Baller Brand Company, and his exposure on ‘Ball in the Family’ has won him more than 3.5 million followers on Instagram.

Tina’s role as the Matriarch of the Ball family has always been one of strength and support in the background, while LaVar would motivate his sons to help them achieve the sporting success that eluded him. But Tina’s sudden stroke in early 2017 left the family stunned by her debilitating condition, and it is her recovery that has become one of the most talked-about aspects of ‘Ball in the Family’.

LaVar Ball is undoubtedly a strong personality, his behavior has been criticised at times as arrogant and over-bearing, but there can be no argument that his determination to help propel his children into the professional sporting arena has been successful. Many have criticised the comments he made in the spring of 2017 when he remarked that son Lonzo was better than Stephen Curry, as well as claiming that he himself could beat Michael Jordan in a one-on-one match. Love him or hate him, LaVar Ball is definitely good at grabbing the headlines and making waves in the World of basketball, and it’s his controversial antics that made the Ball family the perfect subject matter for the latest reality TV smash-hit show.

Produced by reality TV legends ‘Bunin/Murray’, who also produce the hugely-popular reality TV show ‘Keeping up with the Kardashians’, ‘Ball in the Family’ is centered around LaVar’s behavior, but it’s the unwavering support he and his sons have for Tina in her efforts to recover from the stroke that has won the show many of its fans. At one stage LaVar refused to consider a speech therapist to help Tina talk again, instead of spending hours with her to teach her how to say ‘I Love you’. The closeness of the entire Ball family and their concern for Tina is another big draw for viewers, and it’s exactly the sort of behind-the-scenes look at one of the most prominent sporting families that the producers hoped for.

Now in 2018 Tina’s recovery is progressing well, but slowly, and LaVar is keeping himself and the rest of the Ball family firmly on the front pages, most recently on May 3rd 2018 when he revealed that Tina too will be getting her own signature shoe from his Big Baller brand, and the name of it will be ‘The Comeback’, to characterise the fighting spirit that she and the rest of the family have always shown, on their way to becoming the most famous sporting family in the World.

LaVar Ball keeps fans up to date with what’s happening with the Ball family on Twitter, and Lonzo, LiAngelo, and Melo all keep their fans updated on their lives and careers on the platform too.