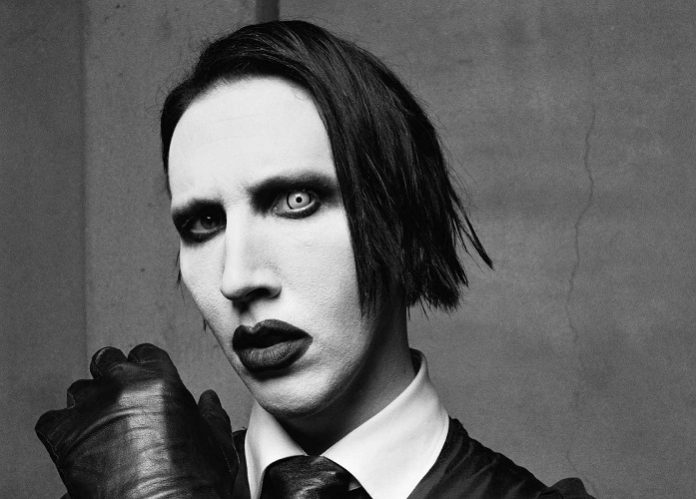 Marilyn Manson is one of the most iconic and controversial artists of modern times. The singer, songwriter, and artist has endlessly sought to redefine the boundaries of what’s acceptable or not, and his music has been celebrated and condemned in equal measure.

But Marilyn Manson is much more than an artist who owes his success to gimmicks and outrage, he’s a multi-platinum, award-winning legend, one who has refused to tone down his shock-value to please a mainstream audience. Instead, Manson has brought Gothic-style rock screaming and crashing through the doors of mainstream culture. But how much has the dark prince of metal made during his career? And has he recovered from his serious on-stage accident in 2017? Read on to find out.

How Did Marilyn Manson make his money & wealth?

When Brian Hugh Warner was at Broward Community College in Fort Lauderdale, Florida in 1990, his ambition was to become a journalist. He was working for a music magazine, ‘25th Parallel’ and had the opportunity to interview several musicians, among them Trent Reznor of Industrial Rock legends Nine Inch Nails.

Soon Brian was forming his own band, and along with guitarist Scott Putesky, he formed ‘Marilyn Manson and The Spooky Kids’, the name Marilyn Manson came from a combination of Charles Manson and Marilyn Monroe, and that sex symbol/serial killer naming convention was an early rule for the band. Scott Putesky became ‘Daisy Berkowitz’, a combination of Daisy Duke from the Dukes of Hazzard and David Berkowitz, and soon they were joined by bassist Brian Tutunick or ‘Olivia Newton Bundy’ as he was known in the band.

The first demo was recorded in 1990, and with the support of a local radio DJ who loved their sound, they were successful locally. By 1993 the Band’s name was shortened to just ‘Marilyn Manson’, and Trevor Reznor, who had recently launched his own label ‘Nothing Records’, signed the singing serial killers up for a tour supporting Nine Inch Nails, as well as offering a recording contract. The deal resulted in Marilyn Manson’s first studio album, ‘Portrait of an American Family’, and an extended EP entitled ‘Smells Like Children’, which also contained a cover of the Eurythmics ‘Sweet Dreams (Are Made of This)’. Sweet Dreams became the bands first big hit, and throughout the remainder of the 1990’s, Marilyn Manson released a trilogy of concept albums, which they referred to as a triptych. The albums, ‘Antichrist Superstar’ in 1996, ‘Mechanical Animals’ in 1998 and ‘Holy Wood (In the Shadow of the Valley of Death’ in 2000, were all commercially successful, but the often violent lyrics and satanic image of the band brought condemnation and notoriety too.

After the Columbine High School shooters were reported to be big fans of Marilyn Manson, the band received criticism from many sources, Senator Joe Lieberman called their music ‘Vile, hateful, nihilistic and damaging’. The band canceled their tour out of respect for the victims and Manson wrote an article in ‘Rolling Stone’, laying the blame for the tragedy at the feet of America’s gun culture, and genuine societal issues that the media all too often ignored. In Michael Moore’s 2002 documentary, ‘Bowling for Columbine’, Manson denied responsibility for the tragedy. When asked by Moore what he would have said to the shooters, he replied that he would ‘Listen to what they have to say, and that’s what no one else did’. 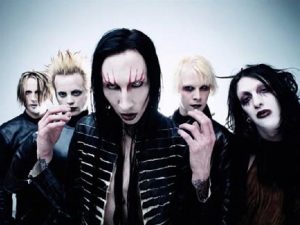 During the 2000’s the band released three more albums, but after ‘The Golden Age of Grotesque’ in 2003, Nothing Studios collapsed after disputes between Trevor Reznor and his partner. Marilyn Manson’s next two albums, ‘Eat Me, Drink Me’ in 2007, and ‘The High End of Low’ in 2009, came out through Interscope Records, but Manson and Interscope CEO Jimmy Iovine had a well-publicized disagreement in 2009 that saw the end of their business relationship. Manson himself began to become involved in other activities around this time, dabbling in art installations and directing a short, surreal film called ‘Doppelherz’. He signed up with the Cooking Vinyl label and released ‘Born Villain’, the band’s 8th studio album in 2010.

After a long hiatus, during which Manson appeared in several films, wrote a couple of books and even created his own brand of absinthe. ‘The Pale Emperor’ album was released in 2015. It saw a resurgence of the popularity the band had enjoyed during the first decade of their career and appeared at no. 8 on the Billboard 200 album chart. The ‘Heaven Upside Down’ album came along in 2017 and enjoyed similar success, and it was when touring to promote the upcoming album that Manson had perhaps the most shocking incident of his entire career, but this one wasn’t part of the plan.

After a disaster-prone year during which Manson had escaped a car crash in Moscow, the tour began with a broken ankle in Pittsburgh, but that was nothing compared to the 1,600-pound stage prop that fell on Manson in New York on September 30th, 2017, in the process knocking him unconscious and breaking his fibula in two places. Manson, who is now 48, made a miraculous recovery. After a plate and ten screws were used to hold his fibula together, as well as a screw through his ankle, he was back on stage just five weeks later in the continuation of the European leg of his tour. Although some had originally feared that Manson would be seriously maimed for life, his continued good health has led to more than one pundit considering if he really has sold his soul to the devil.

Manson was engaged to wed actress Rose McGowan in 1999, but the couple split up two years later. In 2004 he married a model and dancer Dita Von Teese, but less than three years later they were divorced, with Manson’s ‘Heavy boozing’ and rock star lifestyle being given as underlying reasons for the split. Since then he has been romantically linked to several women, including model and actress Evan Rachel Wood, they became engaged for a brief period in 2010, but since then Manson has kept his private life out of the public eye, commenting in 2015 that he was ‘Newly single’ with no further details disclosed.

Where does Marilyn Manson live?

Manson once splashed out $1.1 million on a Hollywood Mansion, traditionally light and airy, but after his divorce, he returned to his darker roots. Now he lives in a loft apartment that is usually described as a perfect Goth Bachelor Pad. Although there are no publicly-released pictures of the interior, it’s been reported as being pitch dark inside, with white walls and black carpets. Manson’s infamous Nazi memorabilia collection has long been consigned to storage, and instead he surrounds himself with the tools of his craft, guitars, books, paints, and movies, and of course his cat Lilly.

Despite his satanic image and rebellious nature, Marilyn Manson is a noted philanthropist. He invited a seriously-ill teenager into the studio to record backing vocals on ‘The Golden Age of Grotesque’ in 2002, commenting afterward that he was ‘ honored’ by the experience and reminded that his creations were only made complete by the fans that enjoyed them. He supported Oxfam’s ‘Rumble in the Jumble’ event in 2013 and he also supports several other charitable institutions, including ‘Project Nightlight’, a group that supports children suffering from abuse.

Marilyn Manson is universally recognized as one of the most iconic and controversial figures in music today. In 2003 MTV called him ‘The only true artist’, and his band and music have influenced many other popular groups and solo artists. VH1 included Marilyn Manson in their list of the 100 Greatest Artists of Hard Rock, and in 2000 the band was inducted into the Kerrang! Hall of Fame. Manson’s unique musical talents have won four Grammy nominations, and eight of the bands singles instantly went into the top ten of the Billboard charts. They have achieved two number one albums, and now in 2018, they have amassed sales of over fifty million albums globally.