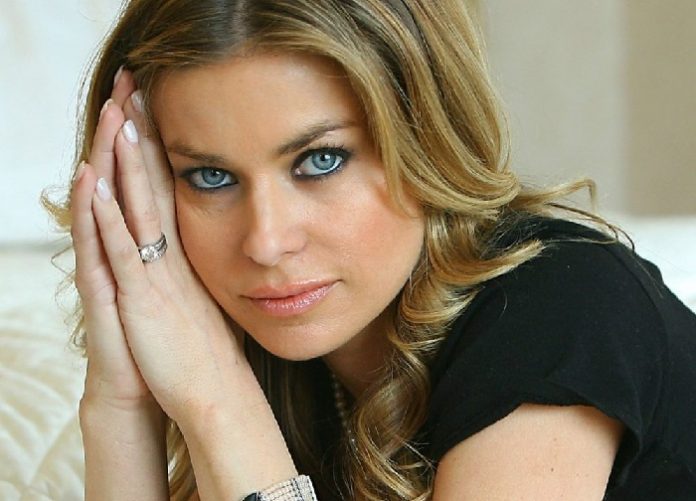 Carmen Electra is a multi-talented actress, singer, and dancer who got her first big break through her friendship with Prince. She later became a well-known face on our screens as Lani McKenzie on Baywatch and has since then appeared in a number of big-screen movies, TV Shows, and she has modeled for some of the biggest names in the beauty industry.

Carmen Electra has somehow defied the ravages of time and is still considered one of Hollywood’s hottest sex-symbols even now in 2018, at the age of 46. Known as much for her beauty as for her many show-business talents, Carmen has gained the admiration of everyone from film-fans to scientists, one of whom had a very unique honor to bestow on her. But how much has she made during her career? And what was that scientific honor all about? Read on to find out.

How Did Carmen Electra make her money & wealth?

Carmen Electra was born on April 20th, 1972 as Tara Leigh Patrick. Her parents were both performers, her mom Patricia was a singer, and her father Harry was a musician and entertainer. Carmen grew up in Ohio and followed in her parent’s footsteps and studied dance at the Gloria Simpson Dance Artists Studios until she was nine, and then she attended the School for Creative and Performing Arts in Cincinnati. While there she also attended the Barbizon Modeling and Acting School, and after graduating she returned to Sharonville to finish off her education at Princeton High School, which she graduated from in 1990.

Carmen Electra’s early ambition was to be a dancer on Broadway, and she began her dancing career in the show ‘It’s Magic’ at the Kings Island theme park in Mason, Ohio. After one season there, she moved to Minnesota in 1991, and while she was there she met pop legend Prince in a nightclub. It was Prince that gave Carmen her first big show-business break, and he also chose the stage name ‘Carmen Electra’. Carmen signed a contract with Prince’s label, Paisley Park Records, and she began a career as a singer, released the self-titled album ‘Carmen Electra’ in 1993.

The album had been produced by Prince and also featured music and lyrics written by him. At the time he wanted to promote Carmen as a ‘Sexy Female Rapper’, and five singles from the album were released, but the musical offerings of Carmen Electra were not well-received despite the contributions of her legendary mogul. Critics found the blend of hip-hop and house music ‘clumsy’ and ‘uninspired’, and the poor reception to the album effectively ended Carmen’s recording career, but the publicity she received did open up other avenues in show-business for her.

After a few appearances in TV shows, Carmen appeared in Playboy in 1996. Her growing profile as a sex-symbol won her a regular role in Baywatch, at the time one of the highest ranking shows on TV. She played the role of Lani McKenzie, a lifeguard who wanted to become a famous dancer, from 1997 to 1998, and she briefly crossed the character over to another show, the crime drama Pacific Blue. Eventually, the character of Lani left Baywatch to pursue her dancing career, and Carmen, by now a well-known face on TV, began to take on big-screen roles.

Carmen starred in the 1997 comedy-horror ‘American Vampire’ in 1997, and the mockumentary ‘The Mating Habits of the Earthbound Human’ in 1999. She appeared in Playboy again in 1997 as well as a number of other TV shows, and her sex-symbol status and musical connections saw her host VH1’s 100 Greatest Artists of Hard Rock in 2000. That year she also won her biggest role so far, as Drew Decker in the horror parody ‘Scary Movie’. The Wayans brothers movie received mixed reviews from critics but was a big success at the box office, eventually grossing over $278 million, and it lead her to a series of other big-screen roles in parody movies for Carmen.

She appeared in Date Movie, Epic Movie, and Disaster Movie, but perhaps most memorably in ‘Meet the Spartans’ in 2008, by far the most successful and positively received of all the parody films of the era. Carmen also appeared in the big-screen version of the 1970’s show ‘Starsky & Hutch’ in 2004, a performance that won her the MTV award for Best Kiss. She appeared in a number of other films and TV shows, often appearing as herself in a guest appearance, and she also starred in an MTV produced reality show with future husband Dave Navarro in 2002, ‘Til Death Do Us Part: Carmen & Dave’.

Carmen Electra has also maintained her status as one of the entertainment industry’s most popular sex-symbols. Age-defying Carmen appeared on the cover of Playboy in 2000, again in 2003, and a third time in 2009, when she became the magazine’s oldest cover girl ever. Just to prove that even serious academics can appreciate beauty as much as anyone else, Carmen also had an extinct species of a fly named after her. The entomologist responsible for naming the ‘Carmenelectra Shechisme’ fly was Neal Evenhuis of the Hawaii Biological Survey, who chose Carmen as both she and the fly had a splendid somal structure, which apparently translates to body-shape in layman’s terms. He attempted to contact Carmen to tell her about the honor at the time but was unsuccessful. Neal later remarked that he would still love to meet her if she could find the time.

Carmen Electra has also kept music involved in her multiple careers paths. She has danced with the all-girl group the Pussycat Dolls, and she appeared in the video of the Bloodhound Gang’s ‘The Inevitable Return of the Great White Dope’. She briefly had a relationship with Simon Cowell in 2012 and appeared as a judge on Cowell’s show ‘Britain’s Got Talent’ at the time. Carmen also took the brave step of returning to music in 2012, with the single ‘I Like It Loud’, and she released another EDM offering, ‘Around The World’ in 2014, to generally favorable reviews. Now in 2018 Carmen also has hopes of becoming a professional DJ, and she has appeared at live venues nationwide.

Carmen Electra has been married twice. The first time was to NBA star Dennis Rodman in 1998, in Las Vegas. The decision to marry was an impulse one after Carmen’s mother and sister Debbie had both died suddenly the month before. After a few months Carmen and Dennis mutually agreed to divorce amicably, and in 2003 she married for a second time, to guitarist Dave Navarro from the band ‘Jane’s Addiction’. Carmen and Dave Divorced in 2007 and since then she has been romantically linked to musician Rob Patterson, Tommy Lee from Motley Crue and music mogul Simon Cowell.

Carmen Electra has been absent from our screens since around 2016. Now in 2018 she appears to be concentrating on her renewed music career, and her annual income comes from that, as well as various endorsement deals. In 2013 she became the brand ambassador for the retail jewelry brand My iMenso. Carmen has also endorsed several beauty products during her career, including Max Factor, the photofinishing store Ritz Camera Centers, and she has appeared in advertisements for Men’s Hair Color products by Maxim. In 2008 Carmen wrote and published her first book, ‘How To Be Sexy’.

Where does Carmen Electra Live?

In 2016 Carmen Electra bought a 3,900 sq. ft. home in the Hollywood Hills. The five-bedroomed home has a minimalist style, five bathrooms and even features a terrace with a waterfall and a desert oasis theme. The home cost Carmen a reported $2.1 million, and she bought it after selling her Mediterranean Villa in Hollywood Hills West for a $340,000 loss in 2015. She may have lost money on that one, but she still made $2.35 million on the sale.

Carmen Electra has supported several charities throughout her career. She is the main organizer of the Head To Hollywood organization, which provides support to brain tumor survivors and their families, and she has supported a wide range of other charities, many of which support victims of AIDS, Cancer and Parkinsons disease. You can keep up to date with Carmen on Instagram, where she has 775,000 followers, or Facebook, where almost 3 million fans catch up with her latest activities.