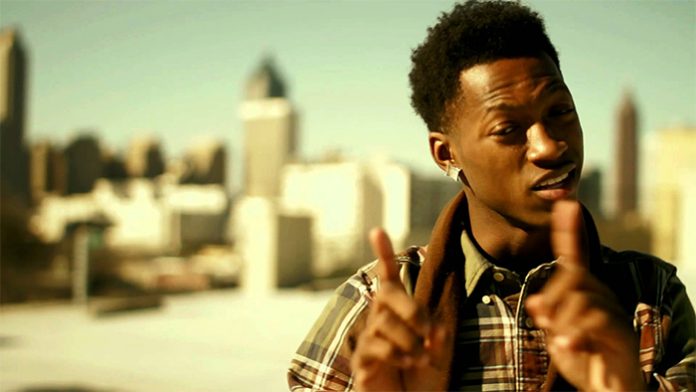 An Atlanta rapper, Bandit Gang Marco is perhaps best known for his hit song Nasty, which came out in 2014. Noted for his collaborations with Miss Mulatto, he has since come out with several other tracks including Loosen Up, Bonnie & Clyde, She Got Me Pissed, My Girl, and All Because of You.

In terms of multi-track projects, the twenty-something has several to his name including Learned From My Mistakes, Every Side of The Story, Bars & Notes, and Tom Ford. Most recently, he dropped the self-titled album, Bandit Gang Marco in April 2018, which has received praised from fans.

How is he doing for himself out there as a music artist? How much has he raked in from his efforts so far? How rich is he? Unfortunately, information on Bandit Gang Marco’s current net worth is unavailable. Since we’re here though, let’s take this opportunity to learn more about his rap career.

How did Bandit Gang Marco Make His Money & Wealth?

Born on April 16, 1993, in Georgia, Bandit Gang Marco grew up in Atlanta, where he went to Douglass High School. Fond of music at a young age, he eventually established himself as a music artist in the early 2010’s through Vine and YouTube. Slowly but surely, he gained himself a fanbase online. Today, he has over 26,000 followers on Soundcloud alone.

His debut single, Nasty was later released in 2014. Not long afterward, he issued his first studio album, Nasty The Album. An 8-track project, it featured guest appearances from Dro, Young Thug, and Kevin Gates. Some of the songs that it came with included Havin-A-Lot, Sex in the Morning, Puppet, and Everyday.

Since then, the emcee has come out with several other projects including Every Side of The Story, Bars & Notes, Tom Ford, and Loveoohyie2, all of which are available for streaming online. Most recently, he released the self-titled album, Bandit Gang Marco on April 5, 2018. Well received by fans, the playlist has already racked up over 100,000 plays on Soundcloud.

What else has he been up to lately? For one thing, he has landed a few features in the works of Tommy Reefer, Jay Vannie, and Ohkcool- these songs include Jealous, So Selfish, and Lies. Speaking of collaborations, he has also worked with the likes of Malachiae, Duo, Miss Mulatto, Jacquees, and Coca Vango, among many others.

Considering his line of work, it’d only make sense that he’s earned a decent amount of earnings from his albums and singles. Having said that, it would be difficult for us to determine the exact numbers.

Like most artists, Bandit Gang Marco has also put on a number of concerts over the past few years. As you can probably expect, each of these performances would yield him a decent amount of income. Having said that, it doesn’t look like he has any performances scheduled at this time. For the latest news and updates, you can check out Bandit Gang Marco’s official Facebook page here.

No, he is not married. As far as we know, Bandit Gang Marco is currently single and not in a relationship.

Does Bandit Gang Marco Have Any Children?

No, Bandit Gang Marco does not have any children.

No, Bandit Gang Marco has not gone to college. Instead, he decided to pursue a rap career out of high school.

What is Bandit Gang Marco Famous For?

Bandit Gang Marco is perhaps best known for his debut single, Nasty. Responsible for his rise to fame, the accompanying music video has since surpassed 1.4 million views on YouTube.

Bandit Gang Marco currently resides in Atlanta, Georgia. We do not have any additional information at this time.

What Kind of Car Does Bandit Gang Marco Drive?

We do not have any information on Bandit Gang Marco’s vehicle at this time.

How Much Money Did Bandit Gang Marco Make Last Year?

Information on Bandit Gang Marco’s 2017 earnings is not available.

As mentioned earlier, the rapper recently dropped a new album titled, Bandit Gang Marco on April 5, 2018. Produced by Moochi, it featured many artists such as Skooly, Big C, Fargo, and Song Bird Kiara.

Besides that, he has also landed a few features this year; these include the tracks Racks, Jealous, So Selfish, and Lies.

Want to know what the rapper is up to? If so, why not follow Bandit Gang Marco on social media? You can find the artist on Instagram and Twitter at @BanditGvngMvrco. For his music videos and more, you can subscribe to his YouTube channel here.