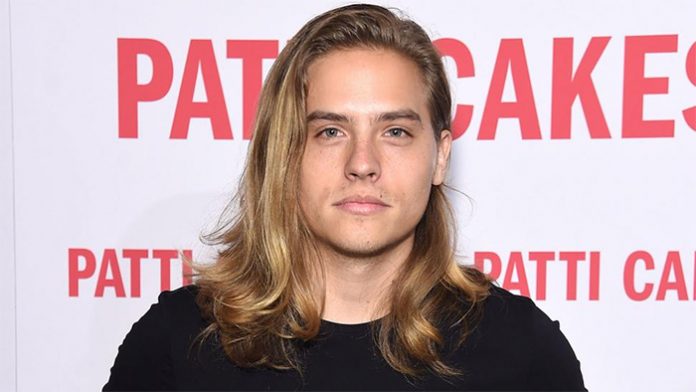 A former child star, Dylan Sprouse rose to fame as Zack Martin in the Disney sitcom, The Suite Life of Zack & Cody. Responsible for the launch of his acting career, he later reprised his role in the sequel, The Suite Life on Deck, which aired in the late 2000’s.

As far as other television appearances go, he has also appeared in Hannah Montana, So Random, The ‘70s Show, and That’s so Raven, to name a few. In terms of film, he has worked on several titles over the past few years including Daddy, Banana Split, Carte Blache, and Dismissed.

How much was he paid for his starring role in the Disney series? How wealthy is the twenty-something now? According to sources, Dylan Sprouse’s net worth hovers at around $16 million as of 2018. How much of this came from his acting career? What other things has he been involved with? Let’s have a look below.

How did Dylan Sprouse Make His Money?

Born on August 4, 1992, in Tuscany, Italy, Dylan Sprouse grew up in Long Beach, California, where he launched his career as a toddler. In 1993, he played the part of Patrick Kelly in the ABC sitcom, Grace Under Fire, a role that he shared with his younger twin brother, Cole. Responsible for his rise to fame, he ultimately remained on the show for five years, up until its end in 1998. By then, he was already an established child star.

From there, he appeared in a few other shows such as That ‘70s Show and The Nightmare Room. Aside from television, he also amassed a few film credits including The Astronaut’s Wife, I Saw Mommy Kissing Santa Claus, Eight Crazy Nights, and The Master of Disguise.

In 2005, Sprouse received a big break after he was cast as one of the title characters in the Disney sitcom, The Suite Life of Zack & Cody. Incredibly successful, it had drawn in over 4 million viewers in the U.S., making it the most successful premiere for the network. For his portrayal of Zack Martin, he received numerous accolades including three Kids’ Choice Awards for Favourite Television Actor.

As far as how much he was paid for the role, it’s said that he received $20,000 per episode. Considering the fact that The Suite Life of Zack & Cody ran for three years, it’s easy to see how it would have yielded him a decent amount of money.

Since then, he has reprised his role of Zack Martin in numerous other titles such as The Suite Life on Deck, That’s So Raven, Hannah Montana, I’m in the Band, and The Suite Life.

Aside from his television career, Sprouse has also made a name for himself on the big screen. In fact, his focus has been on film for the past few years. Some of the recent movies that he worked on include Carte Blanche, Dismissed, and That High and Lonesome Sound. As far as upcoming titles go, he will be appearing in Banna Split, Daddy, and Turandot, all of which are scheduled to come out later this year.

No, he is not married. As of 2017 however, he was in a relationship with Dayna Frazer.

Does Dylan Sprouse Have Any Children?

No, Dylan Sprouse does not have any children.

Did Dylan Sprouse Go to College?

Yes, he went to New York University in the early 2010’s, from which he received a bachelor’s degree in video game design.

What is Dylan Sprouse Famous For?

Dylan Spouse is best known for playing the character of Zack Martin in the Disney sitcom, The Suite Life of Zack & Cody. To this day, it remains to be his best remembered portrayal on television.

Dylan Spouse currently resides in New York City. Unfortunately, that’s the extent of the information that we have at this time.

What Kind of Car Does Dylan Sprouse Drive?

Details on Dylan Sprouse’s vehicle are not available.

How Much Money Did Dylan Sprouse Make Last Year?

Unfortunately, details on Dylan Sprouse’s annual salary is not available at this time.

Though he hasn’t appeared on television much lately, he has acted in several films. For instance, he played a couple of roles in That High and Lonesome Sound and Dismissed last year. As far as upcoming projects go, he is currently working on a few titles including Banana Split, Turandot, and Daddy.

What’s the former child star up to nowadays? If you’re a fan, why not follow Dylan Sprouse on social media? You can find him on Instagram and Twitter at @DylanSprouse.