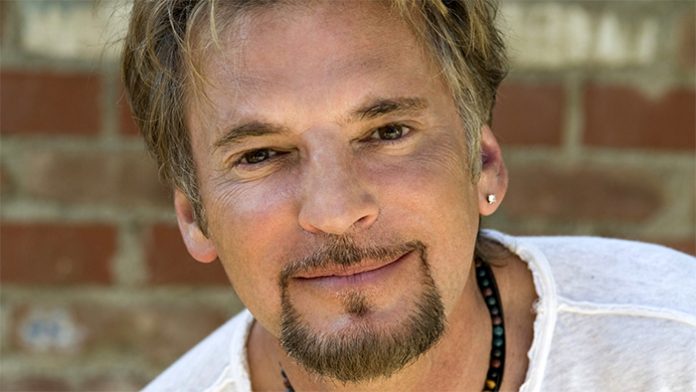 An award-winning singer, Kenny Loggins has been churning out hits since the late 1970’s. Some of his most popular albums include Celebrate Me Home, Keep the Fire, High Adventure, Back to Avalon, and Vox Humana, all of which have gone platinum in the U.S. His most recent project, All Join In came out in 2009.

In addition to his music career, he has also appeared on television a number of times. For instance, he’s acted in the series Archer, Playing House, Grace and Frankie, to name a few. As himself, he has also been featured in programs such as Home & Family, Fox and Friends, Jimmy Kimmel Live!, and Good Day L.A.

How well-off is the artist? How is he doing for himself nowadays? According to what we could find online, Kenny Loggins’ current net worth stands at approximately $20 million. How much of this came from his music endeavors? What else has contributed to his income? Let’s take a look.

How did Kenny Loggins Make His Money?

Born on January 7, 1948, in Everett, Washington, Kenny Loggins spent most of his youth in California, where he went to San Gabriel Mission High School. Fond of music, he had formed a band called Second Helping, with whom he performed with during his teen years. From there, he played with a band called Gator Creek in his early twenties.

Several years later, he released his first solo album titled, Celebrate Me Home in 1977. Well received, it peaked at number 27 on the Billboard 200. Responsible for his rise to fame, it spawned his first charting single, I Believe in Love.

By the end of the decade, he had two more platinum albums to his name, Nightwatch and Keep the Fire, both of which made it onto the Billboard 200. Some of the singles that they spawned include Whenever I Call You Friend, This Is It, Keep the Fire, and Easy Driver.

Since then, Loggins has released several other studio albums including Back to Avalon, Leap of Faith, Return to Pooh Corner, and It’s About Time. His most recent project, All Join In was released through Walt Disney Records in 2009.

As you can probably expect from such a popular singer, he would have earned a decent amount of income from his albums and singles. With that said, it’s hard to determine how much exactly he’s raked in from his records.

In addition to his music career, he has also acted on a few occasions. For instance, he has played various roles in the television series Archer, Playing House, Documentary Now!, and Grace and Frankie. Earlier this year, he even made a cameo in the popular Family Guy.

Outside of acting, he has also been featured in several programs over the years such as Fox and Friends, Home & Family, The Tonight Show Starring Jimmy Fallon, and Today. According to IMDb, he will be making an appearance in an upcoming documentary titled, Find Your Groove.

No, as far as we know, Kenny Loggins is currently single. Previously, he was married to Julia Cooper; the two divorced in 2004.

Does Kenny Loggins Have Any Children?

Yes, he has two children with Julia, as well as three from a previous marriage.

Did Kenny Loggins Go to College?

No, as far as we know, Kenny Loggins did not go to college. Instead, he pursued a successful music career.

What is Kenny Loggins Famous For?

As a singer, he rose to fame with the release of his debut album, Celebrate Me Home in 1977. Since then, he has experienced a string of successes including an Academy Award nomination which he received for his hit song, Footloose.

Kenny Loggins has resided in the hills north of Santa Barbara for many decades. We do not have any further information at this time.

What Kind of Car Does Kenny Loggins Drive?

Details on Kenny Loggins’ vehicle are not available.

How Much Money Did Kenny Loggins Make Last Year?

Unfortunately, details on Kenny Loggins’ annual salary is not available at this time.

As mentioned earlier, he recently made a cameo in Family Guy earlier this year. Prior to that, he had appeared as himself in the television series, Grace and Frankie.

In terms of music, however, he hasn’t put together any new albums since 2009.

What’s the singer up to nowadays? If you’re curious, why not follow Kenny Loggins on social media? You can find him on Twitter at @KennyLoggins. For his music videos, interviews and more, be sure to also check out his official YouTube channel here.