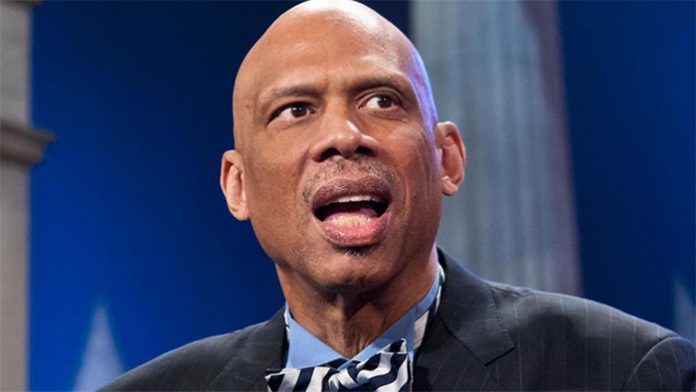 A former NBA star, Kareem Abdul Jabbar had played for the Milwaukee Bucks and Los Angeles Lakers during his professional career. Considered one of the greatest basketball players of all time, he remains to be the all-time leader in career wins and points scored.

After many years of playing, it was announced that he would be retiring in 1989. Since then, he has been involved with a number of projects- for instance, he’s appeared in various television shows and films and has written a number of books. For a period in the mid-2000’s, he even served as an assistant coach for the Lakers.

How much did he make as a professional basketball player back in the day? How wealthy is he now? According to sources, Kareem Abdul Jabbar’s current net worth stands at around $20 million. Where did he earn the bulk of this money from? Let’s have a look below.

How did Kareem Abdul Jabbar Make His Money & Wealth?

Born on April 16, 1947, in New York City, New York, Kareem Abdul Jabbar has been tall ever since he was a young. By the time he was in eighth grade, he had grown to be 6’8 tall. Taking advantage of his height, he had played basketball throughout his teens; in fact, he had led the school team to three championships, with a 71-game winning streak. After graduating from high school, he attended UCLA, where he continued to play on the court.

After a fulfilling college career, he was picked first by the Milwaukee Bucks in the 1969 NFA draft. Allegedly, he was offered $1.4 million for playing with the team. Thus, he played for them for the next six years; during that period, he not only accomplished many feats but was awarded six NBA Mix Valuable Player Awards.

In 1975, Abdul-Jabbar was acquired by the Los Angeles Lakers. Ultimately, he would go on to play the second half of his NBA career with the team. By the time he retired in 1989, he had set many records, including having played the most games as a single player in the NBA.

Since his retirement, he has been involved with several projects- for instance, he has published a number of books, the latest of which came out in 2017. Not only that, but he has acted in several different television series and films such as 21 Jump Street, Martin, Saved by the Bell: The New Class, Whitepaddy, and The Crazy Ones. Most recently, he made a guest appearance in The Comedy Get Down last year.

Outside of acting, he has been featured in many television programs including Good Morning America, Entertainment Tonight, Celebrity Family Feud, The Bachelorette, and Mike and Mike in the Morning. Earlier this year, he even competed on ABC’s dancing competition series, Dancing with the Stars.

According to his IMDb page, he will be appearing in an upcoming documentary called Quincy, which will be released sometime later this year.

No, as far as we know, he is currently single. In the past, he was married to Habiba Abdul-Jabbar, his ex-wife whom he had met at a Lakers game.

Does Kareem Abdul Jabbar Have Any Children?

Yes, he has three children with his ex-wife, two daughters named Sultana and Habiba, and a son named Kareem Jr.

Yes, he went to UCLA from 1966, during which he achieved many feats as a basketball player. After graduating, he was drafted by the Milwaukee Bucks, with whom he played with for the next six years.

What is Kareem Abdul Jabbar Famous For?

Kareem Abdul Jabbar is best known for his NBA career with the Milwaukee Bucks and Los Angeles Lakers. During his professional career, he achieved many feats; for instance, not only was he a 6 times NBA champion, but he was also a six-time NBA Most Valuable Player.

Kareem Abdul Jabbar currently lives in a lavish home in Los Angeles, California. At this time, we do not have any photos of his abode.

What Kind of Car Does Kareem Abdul Jabbar Drive?

We do not have any information on Kareem Abdul Jabbar’s vehicle at this time.

How Much Money Did Kareem Abdul Jabbar Make Last Year?

Information on Kareem Abdul Jabbar’s 2017 earnings are not available.

Last year, he published his latest book titled, Becoming Kareem: Growing Up On and Off the Court.

Did you know that you can follow the former NBA star on social media? That’s right, you can find Kareem Abdul Jabbar on Twitter at @Kaj33 and on Instagram at @KareemDulijabbar_33.