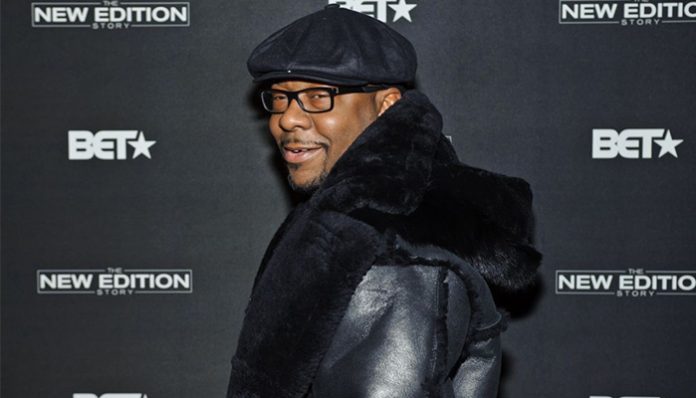 A popular singer, Ralph Tresvant is best known for his work with the R&B group New Edition. Since their debut in the late 70’s, they’ve released several albums including Candy Girl, Under the Blue Moon, Home Again, Heart Break, and One Love.  For their contributions to the music industry, they received a Lifetime Achievement Award in 2017.

In addition to his work with the group, he’s also pursued a solo career. In 1990, he issued his self-titled debut album, Ralph Tresvant, which later went double platinum in the U.S. Some of his most popular singles include Sensitivity, Stone Cold Gentleman, and Do What I Gotta Do.

How wealthy is the veteran singer? How much has he earned from his musical endeavors- both solo and with New Edition? To answer this question, it’s said that Ralph Tresvant’s current net worth stands at approximately $15 million. Let’s have a better look at his career below.

How did Ralph Tresvant Make His Money & Wealth?

Born on May 16, 1968, in Roxbury, Massachusetts, Ralph Tresvant grew up enjoying music with his younger brother and sister. By the time he was in junior high, he had started to perform with a group of friends. Eventually spotted by an up-and-coming producer, he offered them a record deal after naming them New Edition- that is, a new edition of the Jackson 5.

In 1983, they came out with their debut album, Candy Girl. However, it wasn’t until the following year, with the release of their second album, New Edition, that they rose to fame. Well received, the project had peaked at number six on the Billboard 200. Outside of the US, it also charted in New Zealand and Canada.

Since then, they’ve put together several other albums including All for Love, Under the Blue Moon, Heart Break, and Home Again, all of which have received RIAA certification. After reuniting in 2002 (they had previously gone on hiatus in 1997), the group released their seventh studio album, One Love, which spawned the charting single Hot 2Nite.

Considering their popularity, it’s likely that Tresvant has earned himself a decent amount of his contributions to the group. Not only have they sold millions of records worldwide, but they’ve also headlined a number of tours over the years, all of which would have pulled in a significant amount of income.

In addition to his work with New Edition, Tresvant has also made himself known as a solo artist. In 1990, he released his debut album, Ralph Tresvant. Since then, he has recorded three additional albums- It’s Going’ Down, Rizz-Wa-Faire and It Must Be You, the last of which came out in 2008. Unfortunately, it’s hard to say how much exactly he’s earned from the said records.

As far as other ventures go, the singer has also acted on several occasions. For instance, he has appeared in the films Barbershop Blues, Triple Cross and Behind RizzWaFaire. In 2014, he also made an appearance in the biopic, Get On Up.

Does Ralph Tresvant Have Any Children?

Yes, he has three children with his ex-wife, a son and two daughters, as well as a son with his wife Amber.

Did Ralph Tresvant Go to College?

No, Ralph Tresvant did not go to college. Instead, he had chosen to pursue a music career.

What is Ralph Tresvant Famous For?

Ralph Tresvant is best known as the lead vocalist of the R&B group New Edition. Since their debut, they have released numerous projects including the multi-platinum albums, Home Again and Heart Break.

As far as we know, Ralph Tresvant currently resides in Massachusetts. We do not have any further information or photos of his abode at this time.

What Kind of Car Does Ralph Tresvant Drive?

Details on Ralph Tresvant’s vehicle are not available.

How Much Money Did Ralph Tresvant Make Last Year?

At this time, we do not have any information on Ralph Tresvant’s annual salary.

In 2016, the group embarked on their Greatest Hits 2016 Tour, which saw them traveling to and performing at a number of different cities across the country. For their contributions to the music industry, New Edition was also inducted into the Hollywood Walk of Fame last year.

What’s the singer up to nowadays? Find out by following Ralph Tresvant on social media- you can find him on Twitter at @RalphTresvant or on Instagram at @TheRealRalphTresvant. On Facebook, you can also like his official fan page here.