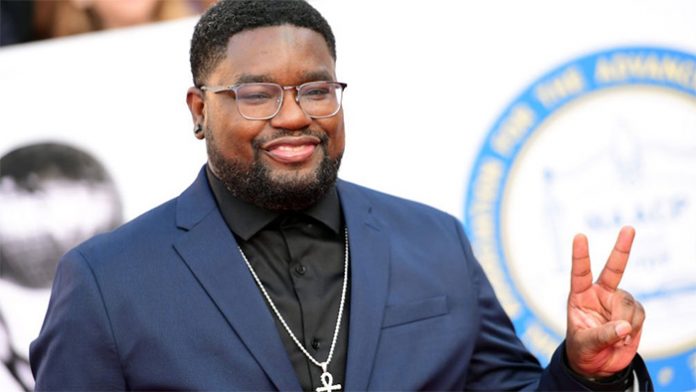 Hailing from Illinois, Lil Rel Howery is perhaps best known for his starring role in NBC’s comedy series The Carmichael Show. Premiered in 2015, it ran for two years before wrapping up in 2017. Some of the other TV shows that he’s worked on include Friends of the People, Insecure, and more recently, Rel.

In addition to his work on television, he has amassed quite a few film credits such as Get Out, Uncle Drew, and Tag, the first of which earned him an MTV Movie & TV Award. Currently, he’s working on a few movies- Bird Box, Brittany Runs a Marathon, and The Angry Birds Movie 2.

How wealthy is the entertainer? How much is he paid for his television and film gigs? What was his salary for being on The Carmichael Show? According to various sources online, Lil Rel Howery’s net worth stands at around $800,000. Where did he earn the majority of this amount from? This will be one of the things that we’ll be taking a look at below.

How did Lil Rel Howry Make His Money & Wealth?

Born on December 17, 1979, in Chicago, Illinois, Lil Rel Howery grew up watching classic programs such as Raw and Def Comedy Jam. Set out to make the world laugh, he eventually began to study the art of comedy in his teen years. By the time he was seventeen, it was obvious that his talent was a comedian was undeniable.

Eventually, he began to perform stand-up at a comedy club called the Lion’s Den on Chicago’s East Side. From there, he made his television debut in Last Comic Standing, a talent competition series which featured a group of aspiring comics, all of whom compete for a chance to win a talent deal with NBC, as well as a cash prize. Though he ultimately did not win, the show had ultimately served to increase his notoriety.

Years later, he starred in the popular sketch program, In Livin Color, alongside five other comedians. After it was canceled in 2013, he began to work on Friends of the People, a comedy series which aired on truth. Not long afterward, he landed a starring role in the NBC sitcom, The Carmichael Show.

Premiered on NBC, the sitcom also starred Jerrod Carmichael, Amber Stevens West, Loretta Devine, and Tiffany Haddish. Well received by viewers, the series premiere had attracted nearly 5 million viewers in the U.S. After a three-season run, it wrapped up on August 9, 2017. To this day, it remains to be Howery’s best-remembered role on television. Unfortunately, it’s unknown how much he was paid for his appearances on the show.

Since then, he has also appeared as a supporting character in the comedy-drama, Insecure. In terms of upcoming projects, he will be starring in Rel, a sitcom set to premiere later this year on Fox.

Aside from television, he has also worked on a handful of films over the past couple of years. For instance, he had played the part of Rod Williams in Get Out, a role that ultimately earned him an MTV Movie Award for Best Comedic Performance. Some of his other movie credits include Uncle Drew and Tag.

Does Lil Rey Howery Have Any Children?

Yes, he has two children with his ex-wife— a daughter named Brittni and a son named Judah.

No, as far as we know, Lil Rey Howery has not attended college.

What is Lil Rey Howery Famous For?

Lil Rel Howery is perhaps best known for his starring role in The Carmichael Show. A popular sitcom, it ran for three seasons from 2015 to 2017 on NBC.

At this time, we do not have any details on Lil Rey Howery’s abode. Judging by his Twitter bio, however, it’s likely that he travels often for work.

What Kind of Car Does Lil Rey Howery Drive?

At this time, details on Lil Rey Howery’s vehicle are unavailable.

How Much Money Did Lil Rey Howery Make Last Year?

Information on this is not available at this time.

Up until last year, he starred on NBC’s comedy series, The Carmichael Show. In terms of upcoming titles, he is currently working on a few including Rel, The Angry Birds Movie 2 and Brittany Runs a Marathon.

A fan of his work? If so, why not follow Lil Rel Howery on social media? You can find the TV star on Twitter at @LilRel4 or on Instagram at @ComedianLilRel.