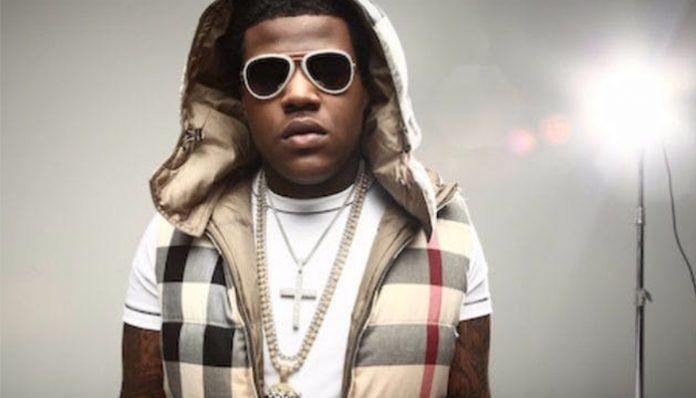 A Louisiana rapper, Lil Phat is perhaps best remembered for his contributions to Webbie’s single Independent. Signed to Trill Entertainment at the age of fourteen, he made numerous guest appearances in songs such as My Avenue, Turn the Beat Up, Count My Money Backwards, and In My Shoes, among others. Some of the artists that he worked with include Webbie, Young Scooter, Lil Trill, and Kevin Gates, to name a few.

Tragically, however, he was shot and killed at the age of nineteen, while waiting for his daughter’s birth. His debut album, Y.N.I.C. was later released posthumously in 2013.

How successful was the rap artist? How much money had he pulled in from his music career? According to various sources, Lil Phat had amassed a net worth of $450,000 at the time of his death. Where did he make the majority of this amount from? Since we’re here, let’s have a closer look at some of his achievements.

How did Lil Phat Make His Money & Wealth?

Born on July 25, 1992, in Waco, Texas, Lil Phat grew up in Baton Rouge, Louisiana, where he became fond of hip hop at a young age. By the time he was a teenager, he had started rapping. As one thing led to another, he eventually signed to Trill Entertainment in 2007—he was just fourteen at the time.

Not long after signing to the label, he contributed to a number of songs for the album, Trill Entertainment Presents: Survival of the Fittest. Released in March 2007, Lil Phat had provided vocals for the titles Materialistic Bitch, Watch My Shoes, Rubberband Knots, and Do It Stick It.

Towards the end of the 2000’s, the rapper began to collaborate with other artists such as Lil Boosie and Webbie. For instance, he had helped to write the single Independent for the latter’s album, Savage Life 2. A huge hit, it went on to peak at number nine on the Billboard Hot 100 music chart.

From there, he took part in the Trill family’s next project, Trill Entertainment Presents: All or Nothing. Released in the fall of 2010, it boasted seventeen tracks, six of which featured Lil Phat as a performer; these include: Do It Bigger, Turn the Beat Up, Count My Money Backwards, Ducked Off, That’s My Baby and My Age.

Next, he collaborated with fellow Baton Rouge rapper Webbie again on his album, Savage Life 3. Dropped in November 2011, the project featured several tracks including What’s Happening, Trill Than a Bitch, Bounce That, Pops I Luv U and Right Now, all of which had contributions from Lil Phat.

In addition to the above-mentioned records, Lil Phat also has several mixtapes to his name such as Long Love Da Trill and It’s a Blackout, among others.

Tragically, however, he was killed the following year on June 7, 2012. In his late teens at the time, he had been awaiting his daughter’s birth outside of Northside Hospital, when he was shot by two suspects. Two years after the incident, three men were convicted of murder in the summer of 2014.

In 2013, his first studio album titled, Y.N.I.C. was released posthumously.

While he wasn’t married, he was in a relationship with Alnese Frazier at the time of his death. Following the incident, she took the stand and testified at his murder trial.

Did Lil Phat Have Any Children?

Yes, he has a daughter who was born in 2013. In fact, he was outside of the hospital awaiting her birth when he was shot and killed by three suspects.

Did Lil Phat Go to College?

No, as far as we know, Lil Phat did not go to college.

What was Lil Phat Famous For?

Lil Phat is perhaps best known for his guest appearances in Webbie and Lil Boosie’s albums. A year after his death, his debut album, Y.N.I.C. was released posthumously.

As far as we know, Lil Phat lived with his girlfriend in Louisiana up until his death. We do not have any pictures of his abode at this time.

What Kind of Car Did Lil Phat Drive?

Unfortunately, we do not have any information on Lil Phat’s vehicle at this time.

As mentioned earlier, his debut album, Y.N.I.C. was released a year after his death, in 2013. Since then, his contributions have also been featured in many songs such as That’s My Ju by Lil Mal, Roadrunner by Young Scooter, Glocks Wit Drums by Bambino Gold and Pussy & Mouf by Mista Cain, to name a few.