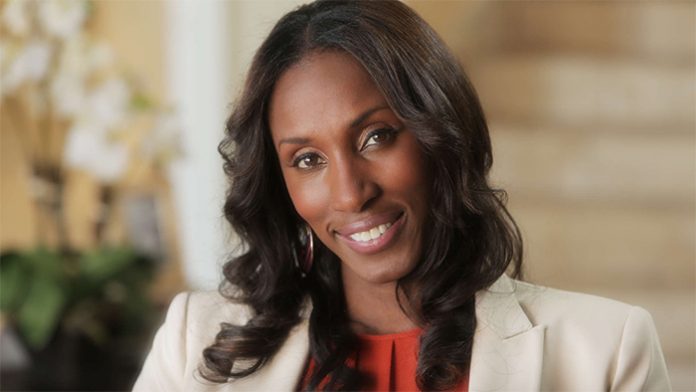 A former basketball star, Lisa Leslie is best known for her WNBA career with the Los Angeles Sparks. In the 12 years that she played for the team, she not only made it to the All-WNBA First Team eight times, but she was also a three-time MVP.

Considered one of the greatest players in WNBA history, she even helped the U.S. win four Olympic gold medals. After eleven seasons with the Los Angeles Sparks, she announced her retirement in 2009. Since then, she has been featured in several TV programs such as The Apprentice, Whose Line Is It Anyway?, and Celebrity Wife Swap.

How much did she make from her 10 years+ WNBA career? How rich is the former basketball player? From what we could find online, Lisa Leslie’s current net worth stands at approximately $5 million. How much of this came from the sport? What other endeavors has she been involved with? Let’s take a look below.

How did Lisa Leslie Make Her Money & Wealth?

Born on July 7, 1972, in Gardena, California, Lisa Leslie grew up with her two sisters, Tiffany, and Dionne. As it had happened, she had got involved with basketball after one of her friends begged her to help out the team during the first few weeks of middle high. Before long, it was obvious to those around her that she had an incredible talent for the sport; by the time she was in her early teens, she had received hundreds of recruiting letters from various colleges- despite not even having started high school.

As a teen, she went to Morningside High School, where she became an important asset to the team. Extremely talented, she was eventually invited to join the Junior World Championship team in 1989. Entering her senior year, she was named one of the top players in the country.

After graduating, she attended the University of Southern California, where she continued to make strides as a basketball player. Not only did she win the national freshman of the year award a year into her college career, but she eventually also received the WBCA Player of the Year Award, and USBWA Women’s National Player of the Year Award, among several other accolades.

In 1997, she was drafted by the Los Angeles Sparks. The first woman to achieve a dunk in a WNBA game, she eventually reached the milestone of having scored 4,000 career points by the early 2000’s. According to the AP, Leslie was already making the maximum WNBA salary of $91,000 by the mid-2000’s.

In addition to her WNBA career, she also played for the USA National Team. In fact, she has helped the United States earn four gold medals at the Olympic Games- a feat that was last achieved by Teresa Edwards.

As you can probably expect, she had also landed a number of endorsement deals during her career. For instance, she has worked with Film, Reebok, Nike, and Adidas in the past. Considering everything, it’s likely that said deals have contributed to her overall income.

Yes, she has been married to Michael Lockwood, a pilot and real estate developer since 2005.

Does Lisa Leslie Have Any Children?

Did Lisa Leslie Go to College?

Yes, she went to the University of Southern California, where she enjoyed a successful college career after graduating from high school.

Since then, she has also earned an MBA from the University of Phoenix.

What is Lisa Leslie Famous For?

Lisa Leslie is best known for her WNBA career with the Los Angeles Sparks, which spanned twelve years from 1997 to 2009.

Unfortunately, we do not have any information on Lisa Leslie’s location at this time.

What Kind of Vehicle Does Lisa Leslie Drive?

We do not have any information on Lisa Leslie’s vehicle at this time.

How Much Money Did Lisa Leslie Make Last Year?

Information on Lisa Leslie’s 2017 earnings is not available.

In celebration of the WNBA’s 20th anniversary, Lisa Leslie was voted into the WNBA’s list of Top 20 Players of All Time.

As far as television appearances go, she recently also competed on The Apprentice in 2017. Since then, she has also participated in The 14th Annual Desert Smash Live, which took place earlier this year.

Did you know that you can connect with Lisa Leslie on social media? That’s right, you can find her on Instagram and Twitter at @LisaLeslie. On Facebook, she also has an official fan page that you can “like” here.