What Happened to Edd on Wheelers Dealers? – 2018 Update 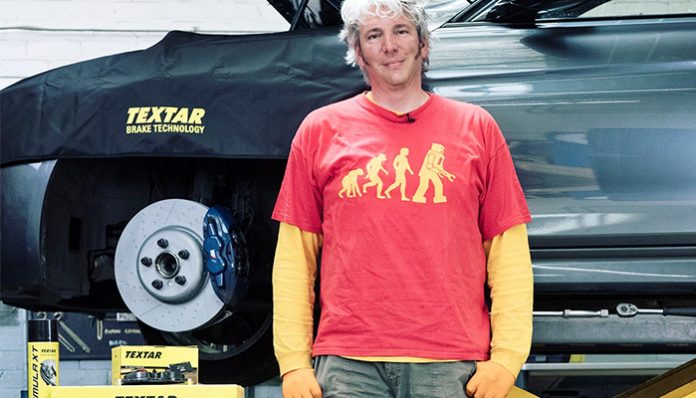 A TV personality, Edd China rose to fame in the early 2000’s as the presenter and mechanic on the television show, Wheeler Dealers. His most prominent credit to date, he ultimately stayed on the series for over a decade. After 13 years, however, it was announced that he would not be returning for another season, much to the surprise of fans.

What led him to leave the Discovery Channel series? Has he made any other TV appearances since? What has he been up to over the past year? These are some of the questions that we will be addressing below- be sure to stick around if you’re interested!

What Happened to Edd on Wheeler Dealers? 2018 Recent Update

In the spring of 2017, it was announced that Edd China would not be returning for the 14th season of Wheeler Dealers. Devastating news for those who had grown to love the mechanic, the announcement had been made by none other than Edd himself. More specifically, he had posted a YouTube video to his channel titled, Edd China on Leaving Wheeler Dealers, in which he explains the circumstances behind his departure.

Why did he choose to leave the show? To understand his reasoning, we have to first go over a few things- after season twelve, Wheeler Dealers’s commission was taken over by Velocity Channel in the United States. Unfortunately, their first attempt to produce the series proved to be “too difficult to make”, according to Edd. To be more specific, they wanted to cut the in-depth coverage of Edd’s fixes in the workshop. While it’s true that reducing their substance would save considerable time and effort on the production company’s part, however, Edd was not comfortable with this new direction.

By cutting corners, the quality of his work would ultimately be compromised- this was something that he was not willing to do. Thus, the only thing that he could do was to walk away from the show; in the end, he decided to let Velocity continue the series without him.

Since Edd first posted the video to his YouTube channel, it has received more than 5.3 million views. Though most fans agree that it’s a shame that he had to leave Wheeler Dealers, most are supportive of his decision.

As far as we know, the twelfth season was the last that we’d saw him as one of the main presenters (which makes sense, seeing as how Velocity took over not long afterward). Having said that, he did go on to make another appearance in the thirteenth season, in an episode titled Best of Take 2, which aired on January 4, 2017. A TV special of sorts, it featured Edd and Mike as they reminisced about some of their past projects; not only that, but they also shared with viewers some never seen before footage from the show.

Has he appeared in any other TV programs since? From the looks of it, that was the last time that he appeared on television. For now, it’s anyone’s guess as to whether or not the mechanic will one day be returning to the small screen.

As to what he’s up to nowadays, he currently hosts his own web series called Edd China’s Garage Revival on YouTube. A show “about the love of classic cars”, it will feature Ed working with car owners, whose restoration projects have, unfortunately, got the better of them. Having said that, the program pilot was only recently uploaded online- you can watch it here.

More About Edd from Wheelers Dealers

Hailing from London, England, Edd China developed a fascination for cars at a young age. After graduating from King Edward’s School, he continued his studies at London South Bank University, where he majored in engineering. While at college, he built the “Casual Sofa”- that is, a driving sofa. His first major project, its success led him to land his first television gig as a special effects technician on the sitcom Father Ted.

Several years later, he was cast as the main mechanic in the Discovery Channel series Wheeler Dealers. Responsible for his rise to fame, he presented the show alongside car enthusiast, Mike Brewer. Premiered in the fall of 2003, the program followed the two as they headed on missions to save old vehicles; after doing the necessary repairs, they would then sell into a new owner. An overall success, Wheeler Dealers quickly proved to be a hit among viewers.

As mentioned earlier, however, Edd eventually made the decision to leave the show last year, after starring in the series for 13 years. Ultimately, it all boiled down to the new direction that Wheeler Dealers was taking- after the Velocity Channel took over its production, it was decided that a few corners would be cut to make the process easier. Uncomfortable with this, the mechanic ultimately chose to depart the series. Since then, Ant Anstead has replaced Edd on the show, which is currently on its fourteenth season.