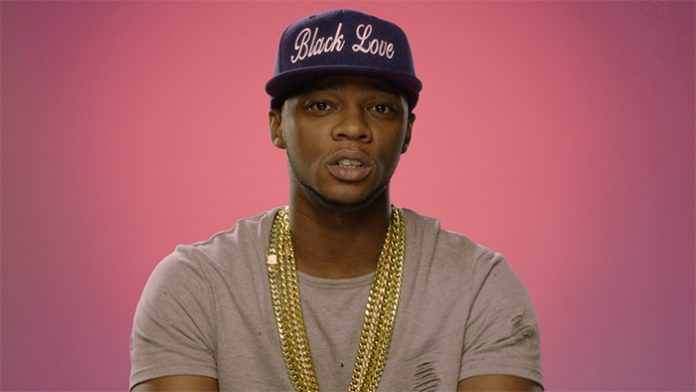 An established rapper, Papoose has been churning out hits since the late 1990’s. In 2004, he released his debut mixtape, Art & War. Since then, he has issued numerous projects including the albums The Nacirema Dream and You Can’t Stop Destiny, the latter of which came out in 2015. Most recently, he dropped a single titled, Underrated in 2018.

In addition to his solo projects, he has done numerous collaborations in the past with artists such as Busta Rhymes, DJ Kayslay, Joe, and Saigon, to name a few. Some of these tracks include Sinner’s Prayer, Touch It (Remix), and Where You At.

How well off is the New York native? As a rap artist, how much has he brought home? How wealthy is he? According to various sources, Papoose’s current net worth sits at around $200,000. Where did he earn the bulk of this from? We’ll be taking a look at this below.

How did Papoose Make His Money & Wealth?

Born on March 5, 1978, in New York City, New York, Papoose made his first commercial appearance on Kool G Rap’s album, Roots of Evil in his early twenties. From there, he began to produce his own mixtapes; his debut effort, Art & War was self-released in 2004. By the end of the decade, he had a number of projects to his name including Election Day, The Underground King, A Moment of Silence, and Already a Legend, to name a few.

By the early 2010’s, he had earned a significant underground fanbase. As one thing led to another, he eventually landed a music deal with Fontana Distribution in 2012. The following year, he came out with his debut album, The Nacirema Dream. Featuring guest appearances from Remy Ma, Mobb Deep, DJ Premier, among others, the project was generally met with positive reviews upon its release. In terms of commercial performance, it had entered the Billboard 200 at number 97 with over 8,000 sales within the first two weeks.

Two years later, he dropped a second record titled, You Can’t Stop Destiny. Primarily produced by Havoc, DJ Premier, and Ron Brown, with help from a few others, the album contained thirteen new tracks including Global Warming Part 2, You Draggin’ It, Michael Jackson (Feat. Ty Dolla Sign & Remy Ma), and Wish a Nigga Would. Though not as successful as his debut effort per se, it did manage to reach the Billboard 200 in the U.S. In fact, it had also peaked respectively on the Top R&B Albums and Top Rap Albums charts.

As you can probably expect, Papoose would be yielded a decent amount of earnings from the two albums; not only that but from the many mixtapes that he’s released over the years. Though he hasn’t released any new albums for a few years, he has continued to drop singles on a regular basis. In fact, he just recently came out with a new track titled, Underrated earlier this year.

In addition to his solo works, the rapper has also done several collaborations in the past with artists such as Saigon, Joe, Busta Rhymes, and DJ Kay Slay. Some of these titles include Can’t Stop the Rain, Where You At, Thug Luv, and Touch It (Remix).

Yes, he has been married to fellow rapper, Remy Ma since 2008.

Does Papoose Have Any Children?

Papoose has three children from his previous relationships. Last year, there were also rumors that he and Remy Ma were expecting their first child together.

Did Papoose Go to College?

No, as far as we know, Papoose has not gone to college.

What is Papoose Famous For?

As a rapper, Papoose is perhaps best known for his track, Control (Freestyle), which has since been streamed hundreds of thousands of times online.

Where Does Papoose Live now? Pictures of Papoose’s House

At this time, we do not have any information on the rapper’s living quarters, nor do we have any pictures to share at this time.

What Kind of Car Does Papoose Drive?

Details on Papoose’s vehicle are not available.

How Much Money Did Papoose Make Last Year?

At this time, we do not have any information on Papoose’s annual salary.

This March, the rapper dropped a new single titled, Underrated, which has since racked up over 160,000 streams on YouTube. Some of his other recent releases include The Beginning, Rollin in the Coupe, Pickin up Bags, and Money Talks, all of which came out in 2017.