What Happened to the Spice Girls? – 2018 Update 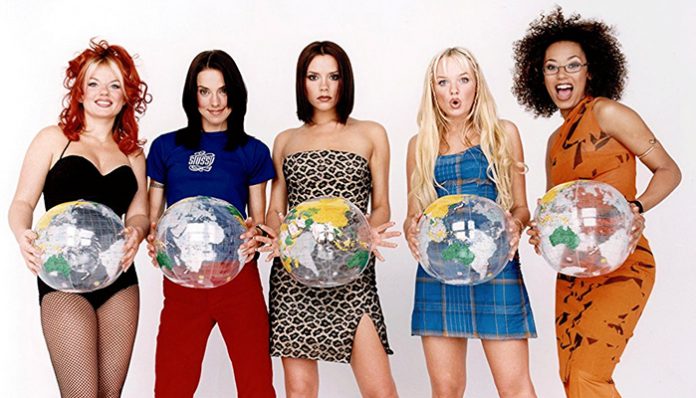 One of the most popular girl groups of the 90’s, the Spice Girls have sold more than 85 million records worldwide. Based in England, they initially rose to fame with the release of their debut single, Wannabe in 1996. By the time they went on hiatus in 2000, they had earned themselves a significant fanbase, with three studio albums to their name.

What are the girls up to nowadays? Are any of them still involved with music? If you’re interested in knowing the answer to these questions, be sure to keep on reading!

What Happened to the Spice Girls? 2018 Recent Update

Over the past years, the Spice Girls have reunited a few times. Most recently, three of the members- Halliwell, Buton, and Brown, put up a website called “Spice Girls – GEM” in celebration of the 20th anniversary of Wannabe in 2016. Despite their best efforts to put something together, however, the reunion project ultimately fell through- one of the reasons being Halliwell’s pregnancy.

Previous to that, the last time that the group had performed together was during the closing ceremony at the 2012 Summer Olympic Games, during which they performed two of their most popular songs, Spice Up Your Life and Wannabe.

Let’s take a look at what each of the girls has been busy with below:

What has Mel B been up to?

Though she hasn’t been active much on the music front, she has been featured in a few recent television programs. For instance, she served as one of the guest panelists on the British panel show, Loose Women earlier this year. On the big screen, she also appeared in the films Killing Hasselhoff and Chocolate City: Vegas Strip in 2017.

What has Victoria Beckham been up to?

For her contributions to the fashion industry, the Posh Spice was appointed as “Officer of the Order of the British Empire” last year. Due to the fact that recipients of the honor are sworn to secrecy, however, her announcement before the official publication had garnered some criticism at the time.

What has Emma Bunton been up to?

A singer turned TV star, Bunton has been involved with several shows over the past few years including The Lion Guard, Not Going Out, and Tim Vine Travels in Time. Since 2017, she has also been serving as one of the judges on the ABC music competition series, Boy Band. Earlier this year, she also made a special guest appearance in RuPaul’s Drag Race All-Stars.

What has Melanie C been up to?

In 2016, Mel C came out her seventh studio album, Version of Me. In support of the release, she has been on tour since 2017. Kicked off in the UK and Ireland, numerous dates have since been added; in fact, she is still on the road as we speak.

What has Geri Halliwell been up to?

In 2016, Halliwell reunited with Bunton and Mel B for the 20th anniversary of Wannabe. Though they initially intended to work on new music, the plans ultimately fell through after it was announced that she was pregnant with her second child.

Last year, however, she did find time to record a charity single titled, Angels in Chain, which was released in June 2017.

About the Spice Girls

Formed in 1994, the Spice Girls originally consisted of five members- Melanie C., Emma Bunton, Melanie B., Victoria Beckham, and Geri Halliwell. The best-selling female group of all time, they achieved international fame with the release of their debut single, Wannabe in 1996. Later that fall, they issued their studio album, Spice. A massive success, it spawned many of their classic songs including Say You’ll Be There, Wannabe, 2 Become 1 and Mama, all of which peaked at number one in their native UK.

By the time they went on hiatus in 2000, they had dropped two additional titles- Spiceworld and Forever. Though not as successful as their debut per se, both went on to sell millions of copies worldwide. Some highlights from the projects include Viva Forever, Goodbye, Stop, and Too Much.

Popular cultural icons of the 90’s, the girls not only starred in several television specials, but they also have their own film, Spice World which was released in 1997. A big hit, it had gone on to gross $151 million at the box office.

In 2007, it was announced that the group would be reuniting. That year, they embarked on a worldwide concert tour, which quickly sold out in many cities due to high demand. From there, they released a new song titled, Headlines (Friendship Never Ends), which served as a charity single for Children in Need.

Their next reunion came in 2012 when they performed two of their most popular songs at the closing ceremony for the London Summer Olympic Games. Later that same year, they also appeared at the premiere of Viva Forever!, the Spice Girls musical. A documentary about the project titled, Spice Girls’ Story: Viva Forever! was later released in December 2012.