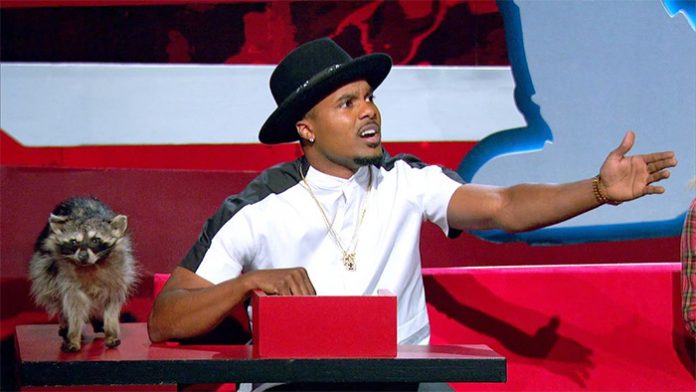 A television personality, Steelo Brim is best known as the co-host of MTV’s comedy clip show, Ridiculousness. Responsible for his rise to fame, he has been appearing on the series since 2011. In addition to that, he has also been featured in other programs such as Basic Math Day One, Amazingness, and The Playboy Morning Show.

In addition to being a TV host, he’s also an occasional actor. In 2001, he made his acting debut in the film, Hardball. Since then, he has also played various roles in Orange Drive and Teenage Mountain Lion. From 2012 to 2013, he voiced Meaty in the popular animated series, Wild Grinders.

How successful is he as an entertainer? How much is he paid for hosting the MTV program? How rich is the 30-year-old? According to various online sources, Steelo Brim’s 2018 net worth is said to be at an estimated $3 million. Since we’re here, let’s take a look at some of his career accomplishments below.

How did Steelo Brim Make His Money & Wealth?

Born on June 5, 1988, in Illinois, Steelo Brim grew up with his siblings in Chicago, where both of his parents worked as pastors. Having caught the acting bug, he eventually made his debut at the age of twelve in the film, Hardball. Following that, it wasn’t until he graduated from high school and moved to Los Angeles, that he returned to the showbiz in the late 2000’s.

Ultimately, it was during his time at A&R, the record label (he worked there briefly after moving to LA), that he became acquainted with Rob Dyrdek. As one thing led to another, he was invited to co-host his new comedy clip show, Ridiculousness on MTV, alongside Chanel West Coast.

Premiered on August 29, 2011, the show showcases various viral videos from the internet, with commentary from Steelo Brim, and the rest of the panelists. Unlike similar titles such as America’s Funniest Home Videos, however, Ridiculousness does not accept submissions from viewers.

Popular among viewers, the first season attracted millions of viewers in the U.S; more specifically, it enjoyed the most success in New Mexico, rural Alaska, and Montana. One of MTV’s more successful comedy show, Ridiculousness has since been on the air for seven years. Most recently, the tenth season aired from September 2017 to January 2018.

Steelo Brim’s most prominent TV credit to date, he has remained for all ten seasons (as you probably already know). In fact, he has assumed the role of creative producer since season eight. How much is he paid for his appearances on the show? Unfortunately, this information has not been disclosed to the public. Considering how long he’s been co-hosting Ridiculousness, however, his salary is likely nothing to scoff at.

In addition to the comedy clip show, he has also dabbled in acting. For instance, he has appeared in the film short Orange Drive and in the television series, Teenage Mountain Lion. For a period in the early 2010’s, he also lent his voice to one of the characters in the animated cartoon, Wild Grinders.

As of 2016, he was in a relationship, although he had not revealed his partner’s name. It’s unclear whether or not the two are currently still together.

Does Steelo Brim Have Any Children?

No, Steelo Brim does not have any children that we know of.

Did Steelo Brim Go to College?

No, Steelo Brim did not go to college. Instead, he moved to Los Angeles after high school to pursue a television career.

What is Steelo Brim Famous For?

Steelo Brim rose to fame as the co-host of the comedy clip show, Ridiculousness, which has been airing on MTV since 2011.

According to his Twitter location, Steelo Brim currently splits his time between Los Angeles and Chicago. We do not have any additional details at this time.

What Kind of Car Does Steelo Brim Drive?

We do not have any information on Steelo Brim’s vehicle at this time.

How Much Money Did Steelo Brim Make Last Year?

Information on Steelo Brim’s 2017 earnings is not available.

As you probably already know, he most recently co-hosted the tenth season of Ridiculousness, which ran until January 2018. In terms of other television appearances, he was also featured in an episode of Amazingness earlier this year.

In terms of acting, he hasn’t taken on any roles since Teenage Mountain Lion in 2014.

Want to keep up with the TV host? If so, how about following him on social media? You’ll be happy to know that Steelo Brim is active on both Instagram and Twitter at @SteeloBrim. On Facebook, he also has an official fan page which you can check out here.