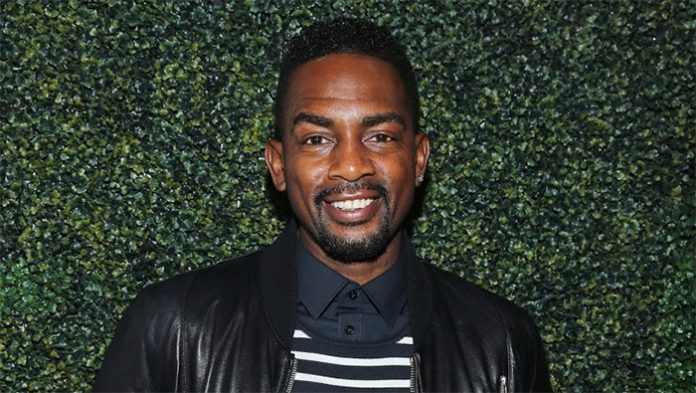 A stand-up comedian, Bill Bellamy rose to fame after appearing on Russell Simmons’ comedy series Def Comedy Jam. Credited for creating the phrase “booty call”, he worked for MTV for many years, during which he hosted several programs such as MTV Beach House and MTV Jamz.

In addition to his comedy work, he has also acted in dozens of television series, some of which include Meet the Browns, October Road, Fastlane, and Mr. Box Office, to name a few. On the big screen, he has also worked on the films 10 Rules for Sleeping Around, Noobz, Lottery Ticket, and The Bounce Back, among others. In terms of upcoming titles, he is currently he is filming a new thriller called, The Great Illusion.

How rich is the comedian/actor? How much does he make from his television and film gigs? According to what we could find online, Bill Bellamy’s current net worth is estimated to be around $8 million. Let’s see if we could find out where he earned his fortune from below.

How did Bill Bellamy Make His Money & Wealth?

Born on April 7, 1965, in Newark, New Jersey, Bill Bellamy grew up in South Orange, where he went to Seton Hall Preparatory School. After graduating, he continued his studies at Rutgers University as an economics major. Ultimately, it was while he was at college that he started to do stand-up comedy. Quickly realizing that he enjoyed making people laugh, he later began to hone his skills at small comedy clubs in the area.

A few years afterward, he landed a spot on HBO’s hit comedy series, Def Comedy Jam, where he became known for coining the phrase, “booty call.” Continuing to appear on television over the next decade, he appeared in numerous MTV shows such as I Want My MTV, MTV Top 20 Countdown, and MTV Uncensored. By the end of the 90’s, he had a considerable list of TV credits to his name.

Continuing to act into the 2000’s, he played various roles in series such as Men, Women & Dogs, Half & Half, and October Road. Perhaps the most notable of all, however, was his portrayal of Deaqon Hayes, one of the main leads in the Fox crime drama, Fastlane. Aside from appearing in TV series, he also worked on a number of films such as Neverwas, Getting Played, Amy Coyne, and Buying the Cow.

From there, he landed a starring role in the sitcom, Mr. Box Office, which premiered in 2012. Created by Byron Allen, the main cast also included Jon Lovitz, Tim Meadows, Vivica A. Fox, Jeffrey Garcia, and Gary Busey, to name a few. Relatively successful, the series continued for two seasons; it eventually wrapped up in the spring of 2015 after 36 episodes.

Since then, Bellamy has worked on several other titles including Hot in Cleveland, Murder in the First, and Kindergarten Cop 2. In terms of what he’s up to now, he’s currently filming a new movie titled, The Great Illusion.

Considering his extensive list of acting credits, it’d only make sense that most of his fortune was earned from his TV/film career.

Yes, Bill Bellamy has been married to Kristen Baker since 2001.

Does Bill Bellamy Have Any Children?

Yes, Bill Bellamy has two children with his wife- Bailey Ivory-Rose and Baron.

Did Bill Bellamy Go to College?

Yes, he did. After finishing his secondary education in New Jersey, he went to Rutgers University, where he majored in economics.

What is Bill Bellamy Famous For?

Bill Bellamy rose to fame after appearing on Russell Simmons comedy series, Def Comedy Jam. Since then, he has appeared in dozens of TV shows and movies including Mr. Box Office, The Bounce Back and Fastlane.

For his acting career, Bill Bellamy currently lives in Los Angeles with his family. We do not have any further details of his abode at this time.

What Kind of Car Does Bill Bellamy Drive?

We do not have any information on Bill Bellamy’s vehicle at this time.

How Much Money Did Bill Bellamy Make Last Year?

Information on Bill Bellamy’s 2017 earnings is not available.

Earlier this year, he appeared in the TV special, Shaquille O’ Neal Presents: All Star Comedy Jam. In terms of other recent projects, he is currently filming a movie titled The Great Illusion, according to IMDb.

What’s the actor up to these days? If you’re a fan of Bill Bellamy’s work, why not follow him on social media? You can find the comedian on Twitter and Instagram at @BillBellamy (same username). Not only that, but you can also show your support by liking his official Facebook fan page here.