What Happened to Michael Buckley, the What The Buck Show guy? 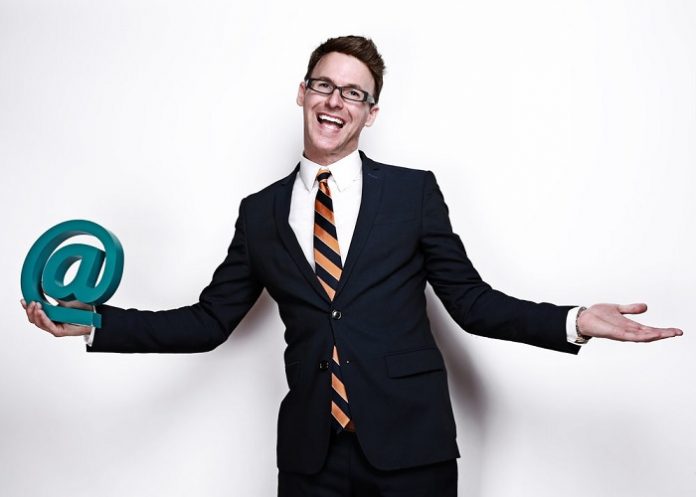 Back in the early days of YouTube, the idea of actually making enough money from the platform to survive was something of a novelty, but one of YouTube’s early stars was not only surviving but thriving as long ago as 2008. Michael Buckley is a comedian, and vlogger, who became one of the first internet celebrity vloggers on YouTube. His ‘What the Buck?’ vlog broke YouTube rating records and made him a familiar face to millions.

What The Buck? started as a small segment on Michael’s public-access cable TV show, but when Michael moved over to the newly launched YouTube in 2006, it exploded in popularity. His trademark slickly produced videos, quick edits, and high-energy delivery are familiar to fans of the biggest YouTube stars now in 2018, but back then Michael was defining exactly what sort of content a YouTuber needed to produce in order to be successful. But what has this early internet pioneer been up to for the last decade? Read on to find out.

Michael Buckley, the What The Buck? Show Guy’s early life and career

Michael was born on June 8th, 1975, and grew up in Goffstown, New Hampshire. He graduated with a degree in psychology and moved to Cape Cod in Massachusetts, where he worked for a while with children with developmental disabilities. Michael was also drawn to performing, he choreographed and directed shows at the Harwich Junior Theater, and starred in a few amateur plays there, but in 2002 he moved back to Connecticut.

Michael Buckley took a low-paying job in the offices of Livenation, a Music Production Company, but as anyone who is familiar with his boundless energy and extroverted personality knows, Michael isn’t the type of person to settle into a mundane life of 9-to-5 regularity. After he appeared on TV for a charity event in 2005, he teamed up with a friend, and they created a public-access cable TV chat show called ‘Table For Two’. During the show he introduced a small segment on celebrity news and culture called What the Buck?, and after his cousin posted a few small clips on MySpace, it suddenly became unexpectedly popular, and Michael made the move from Cable TV to the internet.

After building a small following on MySpace, Michael opened his first YouTube account in May 2006, and began uploading episodes of What the Buck? there. The show focused on pop culture and celebrities, usually with a satirical twist, and gradually his audience began to grow. Michael was still working at Livenation, but he also worked up to 40 hours a week on YouTube. After a year of hard work, he began to make money from his YouTube efforts, and by September 2008 he was earning far more than his daytime job, which he left to become a full-time online content producer.

By December 2008, Michael’s success with YouTube was notable enough at that time for The New York Times to feature his story. Michael had already amassed over 100 million views and was making in excess of $100,000 a year from YouTube, and although these days those figures would not make someone a major YouTube celebrity, back then it was an exceptional achievement. In 2008 YouTube had a few thousand creators in its partner program, and hundreds making a reasonable income on the platform, but these days there are hundreds of thousands who make a comfortable living from YouTune, and many of the most successful YouTubers today utilize the same style of content that Michael was making YouTube history with ten years ago.

Michael’s high-energy and rapid-fire excitement saw him described as ‘A living can of Red Bull’. His slickly produced videos, featuring quick edits and colorful backgrounds would be all too familiar to fans of another one of YouTube’s biggest early stars, Ray William Johnson. Even now in 2018, fans of Jake and Logan Paul, as well as Casey Neistat and countless other successful YouTubers, would find Michael Buckley’s early work to be familiar in style to the most popular vlogs today.

Michael’s success not only created a successful format for budding professional content creators to follow, his success, along with his extrovert personality, led to a number of TV appearances, and recognition as one of YouTube’s most influential early innovators, but what’s Michael Buckley doing now in 2018?

Michael Buckley has moved on with the times, and although his earliest work is still available on Peron 75, and WhatTheBuckShow, his first two YouTube channels where his videos have now been viewed over 464 million times, he’s now 43 years old, and although he’s the kind of character who’s going to be eternally young-at-heart, the more mature and sophisticated Michael has now launched a career as a certified life coach, although he admits that he’ll always carry a piece of his What The Buck persona with him.

Michael now uploads regularly on his new YouTube channel promoting his Life Coaching work. He provides positive and uplifting messages to viewers on a weekly basis, but there’s still plenty of high-energy enthusiasm, and of course, Michael still loves to sing, in fact, I don’t think Michael could stop singing if someone paid him. There’s a big part of that What the Buck character inside Michael and his oldest fans will recognize that bubbly personality instantly. Michael’s YouTube videos today are up against a lot more competition than they were ten years ago, and although he hasn’t managed to achieve the same kind of success he did in the past, he still creates content because he enjoys it, and among the throngs of YouTubers who churn out tired ideas every day in 2018, purely for the money, it’s Michael’s enthusiasm for his work that sets him apart from many others.

Michael also posts regularly on Twitter and Facebook, where he has 607,000 and 70,000 followers respectively, and he’s full of the kind of feel-good content that brings a smile to the darkest day. Michael’s unflinchingly positive outlook is perfectly reflected on his website, where he’s grinning like a Cheshire Cat to welcome visitors, and his likeability has seen him appear in various TV appearances over the years. Lisa Friel, the host of Fox News’ weekly gossip show ‘Lips & Ears’, first discovered Michael on YouTube, and invited him as a guest on the show several times. He has also appeared on DirecTV and Leeza Gibbons’ radio show. He was a host for the 2010 Teen Choice Awards, and co-hosted LIVE’s ‘Coast to Coast’ show with Kelly Ripa after winning a nationwide competition.

In 2014 Michard Buckley was included within New Media Rockstars’ list of Top 100 YouTube Channels, and in 2017 he shared his winning formula for becoming a successful content creator when he published ‘Help! My Kid Wants to Become a YouTuber’. In 2010 Michael was nominated for a Streamy Award for ‘Best Web Series Host’, and in 2014 he co-hosted the 5th Annual Thirst Gala in support of the Thirst Project, which raises money to provide clean and safe drinking water for third-World countries. Michael currently lives in Denver, Colorado, with his dog Colin.