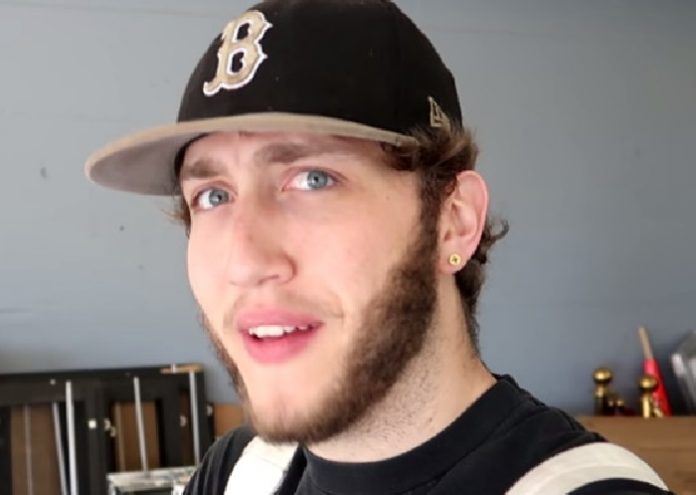 Ricky Banks, better known as FaZe Banks to his millions of fans, is a Youtube vlogger, songwriter and music composer, but he’s best known for his long-time involvement with FaZeClan, one of the biggest and most successful teams in eSports today. Ricky started his own Youtube channel, ‘BanksHasBanks’ in 2011, and he gained hundreds of thousands of followers as leader of the gaming team ‘Soar’, but in 2013 he joined FazeClan, and since then he’s become famous as one of the most well-known members of the incredibly popular team.

Now in 2018, Ricky Banks is Chief Operating Officer of FaZeClan, he’s got several million followers on Youtube, and he’s joined forces with some of the biggest YouTubers, to form the content creation team ‘Clout Gang’. But how much does Ricky Banks earn from FaZeClan? And what other income streams are making him one of the richest stars of professional gaming? Read on to find out.

How Did Ricky Banks make his money & wealth?

Ricky Banks was born Rickard Bengtson on October 18th, 1991 in Lawrence, Massachusetts. Very little is known about his family, but he moved to Lowell at the age of seven and attended Lowell High School. Ricky had an early love of video games, but he took it seriously, learning techniques and moves that would give him an advantage over other players. After graduating in 2010 he moved to Miami, and the following year he opened the BanksHasBanks Youtube channel, aiming to become a vlogger and professional games player.

From the beginner, Ricky’s Youtube videos were professional, well-edited, slick and fast-paced. His Call of Duty trick shots gained him 200,000 subscribers within a year, and in 2013 FaZeClan invited him to join the team. Within another year his subscriber count had surpassed 1 million, and when you consider quite how incredibly popular FaZeClan is, it’s not that surprising.

Based on the following FaZeClan has on social media, they are the most popular eSports organization in the World. Currently, the 30 strong FaZeClan members have a combined total of over 69 million Youtube Subscribers, and over 9.5 billion views. Over 5 million follow the team on Twitch TV, they have 40 million following them on Twitter, and another 35 million fans on Instagram. The FaZeClan brand is split into three major groupings, the FaZeClan gamers, who have enjoyed incredible success in competitive gaming, particularly in Counter Strike, and the ‘Faces’ of FaZeClan such as Ricky ‘Faze’ Banks. They rarely participate in competitive gaming, but they promote the FaZeClan brand through Youtube, and host shows promoting the Brand.

FaZeClan also own G Fuel Energy, an energy drink formulated especially for professional gamers, and Scuf Gaming, which creates branded gaming accessories and peripherals, such as headsets and controllers. The success of FaZeClan appeals to sponsors like Intel and Corsair, and various other gaming companies, and the brand generates around $2 million a year from winnings and endorsements. As COO of the team, as well as a shareholder, Ricky Banks’ cut of the profits from FaZeClan, is estimated to be around $100,000 per year.

In mid-2018 Ricky Bank teamed up with one of the biggest YouTubers, Ricegum, to form the Clout Gang, which we’ll come to shortly. His recent exploits have generated plenty of attention in the media, and he has risen to become one of the most popular and well-known of all of the FaZeClan members. Ricky Banks also produces music. He is a songwriter and composer, and has produced tracks for other artists, and created his own remixes, most recently the Ricky Bobby Remix that he announced in late 2017.

Ricky Banks is not married, but since 2017 he has been in a serious relationship with Jake Paul’s ex, Alissa Violet, and since then their relationship has been filled with plenty of drama. When Alissa first broke up with Jake, the split was acrimonious, and she later alleged that Jake had assaulted her. The accusation started a war of words on social media that Ricky became heavily involved with. Eventually, he and Jake Paul agreed to let the dust settle on that one, but in December 2017 Alissa And Ricky hit the headlines when they were involved in a chaotic brawl at a bar in Cleveland, Ohio. The incident resulted in a broken finger for Ricky and a cut lip for Alissa, as well as a legal battle with the Barley House Bar in Cleveland, that soon spilled over into social media. Eventually, the situation was settled behind closed doors, but it led to Ricky taking a break from Youtube for several months.

With his share of the FaZeClan profits, his personal merchandise line, as well as his share of the Clout Gang merchandise profits, Ricky Banks’ income is at least $100,000 per year, at a conservative estimate. He has endorsed various gaming companies throughout his career, and estimates of his personal wealth range from $300,00 to $500,000. Since he began dating Alissa Violet, who as a former member of the hugely popular Team 10 enjoys a considerable online following of her own, his subscriber count on Youtube has grown dramatically. In the last year alone his Youtube videos have been viewed almost 100 million times, which would generate income of between $100,000 and $200,000. In total Ricky’s income for 2018 is likely to be at least $250,000.

Where does Ricky Banks Live?

In 2017, Ricky and Alissa moved in with Youtuber Ricegum, who has over 10 million subscribers on the platform. Together with Wolfie, of WolfieRaps fame, and several other prominent YouTubers they formed the Clout Gang, and have since begun their own line of merchandise on the Clout Gang website. RiceGum, Ricky and Alissa, and Youtube star Sommer Ray live in an impressive four-story mansion in the hills about Los Angeles that is worth $12.5 million. The modern house dubbed the ‘Clout House’, is huge, with around 12,500 square feet of space. It has floor to ceiling windows throughout and features ten bedrooms, thirteen bathrooms, and even a swimming pool on the roof. Although the house is only rented by the Youtube stars, it still costs a hefty $47,000 a month. It’s a home fit for a mega-star, and it once was, Justin Beiber lived there before Ricegum took up residence.

With over 4.5 million Subscribers on Youtube and over 289 million views, Ricky FaZe Banks has become one of the most well-known of the 30-strong FaZeClan. He has almost 2 million followers on Twitter, and there are another 2.5 million fans who follow him on Instagram. Now in 2018, his content on Youtube includes pranks, challenges and reaction videos. Recently he has begun a talk show called ‘Mom’s Basement’, that he co-hosts with notorious Youtuber ‘Killer’ Keemstar, of Drama Alert fame.