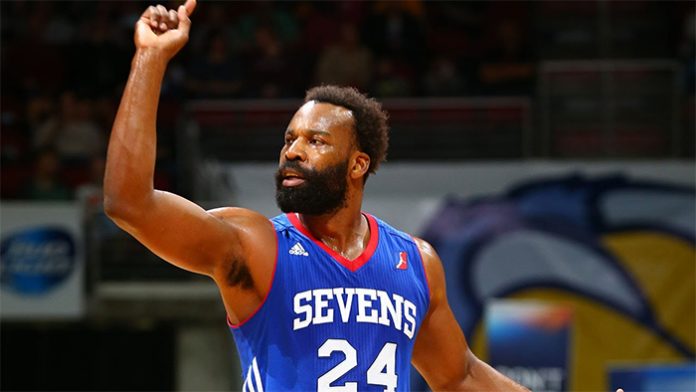 A former NBA star, Baron Davis launched his professional basketball career with the Charlotte Hornets in the late 90’s. From there, he played with several other teams such as the Golden State Warriors, Cleveland Cavaliers, Los Angeles Clippers over the years. Most recently, he played for the Delaware 87ers in 2016.

In addition to his NBA career, he has appeared in many films and television series. For instance, he has made appearances in The Cookout, The Forgotten, The Pool Boys, and Hot In Cleveland, to name a few. Just last year, he played a supporting role in the biographical film My Other Home.

How wealthy is the former basketball player? How lucrative was his NBA career? How much has he earned from his acting gigs? What other projects is he involved in? According to various sites, Baron Davis has amassed a net worth of $60 million as of 2018. Let’s have a more detailed look at his career below.

How did Baron Davis Make His Money & Wealth?

Born on April 13, 1979, in Los Angeles, California, Baron Davis grew up in the South Central area, where started playing basketball at an early age. With encouragement from his grandmother, who was instrumental in pushing him to play, he later enrolled at Crossroads School, a prestigious school in Santa Montana. A member of the school’s basketball team, he eventually led the team to win The Beach Ball Classic tournament in his senior year.

Upon graduating, he was sought by many colleges including UCLA, Kansas, Duke, and Georgia Tech. Deciding to enroll at UCLA, he played for two years, during which he made the NCAA Men’s Basketball All-Americans team. From there, he was selected as the third pick by the Charlotte Hornets in the 1999 NBA draft.

Launching his NBA career with the Hornets, they defeated many opponents over the next three years including the Miami Heat, Orlando Magic, and Milwaukee Bucks. Relocating to New Orleans in 2002, the team—which was later renamed New Orleans Hornets, went on to make the playoffs every year until Davis left the team in 2005.

Traded to the Golden State Warriors, he played with them for the next three years, before signing to the Los Angeles Clippers in 2008—a deal which earned him $65 million over a period of five years. Wanting to move in a new direction, however, he eventually signed a two-year, $30 million contract with the Cleveland Cavaliers in 2011. In the end, he stayed for a little less than a year, after which he joined the New York Knicks.

In addition to his professional basketball career, Davis has also been involved with acting both on television and film. A member of the Screen Actors Guild, he has appeared in many titles over the years including The Cookout, Crips and Bloods: Made in America, The Forgotten, and That’s My Boy, to name a few. Most recently, he played a supporting role in the biopic My Other Home in 2017.

Last summer, it was announced that he and his wife, Isabella Brewster had split up. Since then, he has been seen on a few dates with Laura Dern.

Does Baron Davis Have Any Children?

Yes, he has two children with his ex-wife, the youngest of whom was born in 2015.

Did Baron Davis Go to College?

Yes, after a highly-contested recruiting battle, he chose to attend UCLA in 1997. After two years, he was drafted by the Charlotte Hornets in the 1999 NBA draft.

What is Baron Davis Famous For?

Baron Davis rose to fame as a professional basketball player after being drafted by the Charlotte Hornets in 1999. From there, he played with several other teams including the Golden State Warriors, New York Knicks and Los Angeles Clippers, to name a few.

The former NBA star currently lives in his hometown in Los Angeles, California. We do not have any details on his abode at this time.

What Kind of Car Does Baron Davis Drive?

How Much Money Did Baron Davis Make Last Year?

Unfortunately, we do not have any information on Baron Davis’ 2017 salary at this time.

As mentioned earlier, he recently appeared in the 2017 film My Other Home. In terms of basketball, he had taken part in the NBA Celebrity All-Star Game last year, as a member of Michael Smith’s team.

Want to know what the former NBA star is up to? Find out by following him on social media—he’s active on Twitter at @BaronDavis and on Instagram at @Iambarondavis. On Facebook, you can also show your support on his official fan page.