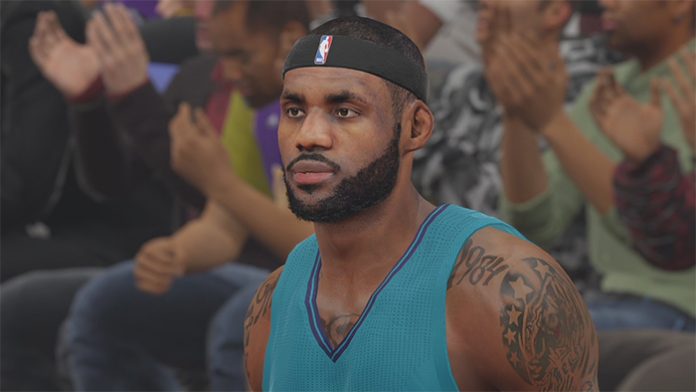 Hailing from Florida, Chris Smoove is best known for his self-titled Youtube channel, on which he has over 4.1 million subscribers. An avid gamer, he mostly uploads gameplay videos of NBA 2K, Call of Duty, and Watch Dog. Recently, however, he has also provided news on the recent NBA games.

Aside from his YouTube career, the twenty-something has also been involved with other projects. For instance, he has released two singles in the past—Waiting on a Noob and That’s BS, both of which have since racked up tens of thousands of streams online.

Considering his audience, is it safe to assume that he pulls in a decent amount of earnings from his YouTube channel? How much money does he make from his videos? How rewarding is his work? According to websites such as Nailbuzz, Chris Smoove’s current net worth stands at around $3.2 million. Where did he earn the bulk of this money from? This is one of the things that we’ll be looking at below.

How did Chris Smoove Make His Money & Wealth?

Hailing from South Florida, Chris Smoove joined Youtube in early 2006. Despite that, it wasn’t until 2008 that he started to upload his own videos. His first video, a short clip of a spin and jump move on the video game NBA 2K was posted on February 13, 2008. At the time, his channel was known as “Smoove7182954”—it wasn’t until later on that he changed it to “Chris Smoove.”

Since then, he has uploaded dozens of videos to his channel. An avid gamer, he mostly posts gameplay of titles such NBA 2K, Call of Duty, and God of War, all of which feature his comedic voice-overs. As of 2018, his most popular gaming videos include NBA 2K14 PSA My Career (6.7 million views), COD Abusing Claymores (5.6 million views), and NBA 2K13 Slam Dunk Contest (5.1 million views).

Over the past few months, the YouTuber has also uploaded a series of videos that provide news on the 2018-19 NBA season. Popular among fans, most, if not all of the uploads have already received hundreds of thousands of views.

Growing in popularity as we speak, the YouTuber has gained over 4.1 million subscribers as of 2018. As if that wasn’t impressive enough, his videos have been viewed more than 2.3 billion times collectively. With that kind of numbers, it’s easy to see how he could have already made a decent amount of earnings from his channel.

How much has he earned from his YouTube channel so far? According to Nailbuzz, he easily receives over a million views per day. Assuming that these are all monetized views, his estimated earnings from ad revenue would be around $2,000 per day. In the end, this works out to be an annual salary of around $730,000!

Aside from what he earns from his YouTube channel, he also makes extra income through the sale of merchandise, which is available for purchase on his official website. In addition to that, he has also landed sponsors with several companies in the past such as McDonald’s, Ubisoft, and EA.

As far as we know, Chris Smoove is currently in a relationship, though her identity has not been revealed to the public.

Does Chris Smoove Have Any Children?

No, as far as we know, Chris Smoove does not have any children.

Did Chris Smoove Go to College?

No, Chris Smoove has not gone to college as far as we can tell.

What is Chris Smoove Famous For?

Chris Smoove rose to fame for his gameplay videos on YouTube. As of June 2018, he has gained more than 4.1 million subscribers.

According to his Twitter bio, Chris Smoove currently resides in South Florida. We do not have any additional details on his location at this time.

What Kind of Car Does Chris Smoove Drive?

Unfortunately, we do not have any information on Chris Smoove’s car at this time.

How Much Money Did Chris Smoove Make Last Year?

According to NailBuzz, Chris Smoove made upwards of $730,000 last year from his YouTube channel.

As mentioned earlier, Chris Smoove has recently started to post news videos on the current 2018-19 NBA season on his YouTube channel.

Wondering what he’s up to when he isn’t posting videos? How about following him on other social media sites? You can find Chris Smoove on Instagram at @ChrisSmoove or on Twitter at @Chris_Smoove. On Facebook, you can also catch the latest news and updates on his official fan page here.