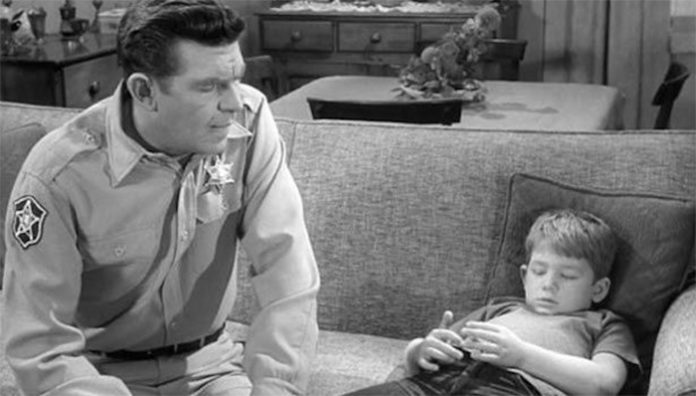 A classic sitcom from the 1960’s, The Andy Griffith Show revolved around the life of Andy Griffith in the fictitious city of Mayberry, North Carolina. A father of one, the widowed sheriff has a young boy named Opie, who is also one of the show’s main characters. Throughout the series, his parenting skills are put to the test time and time again as they encounter various developments.

This has led fans to wonder—what happened to Opie’s mom? Seeing as how he’s a widow, how did she die? What were the circumstances around her death? What’s the story behind her? Is she ever mentioned in the show? Does she appear in a flashback? These are some of the things that we’ll be taking a look at below.

In the first episode, we’re introduced to the title character’s six-year-old son, Opie. Full of personality, he immediately takes a disliking to his Aunt Bee, who had returned to Mayberry to manage the household (their old housekeeper had married and left). Despite having declared that “he will never love her” however, he eventually surprises his father at the end by begging her to stay.

A local sheriff, Andy’s relationship with Opie provides much plot material for the show. In fact, his parenting is the focus of many episodes. For instance, he had taken the opportunity to teach him the values of parenthood and responsibility after he had accidentally killed a mother bird with a slingshot in the episode, Opie the Birdman.

Despite his mischevious outer appearance, however, Opie is in fact, relatively generous and self-sacrificing. Not only does he help one of his friends to buy a winter coat with his savings in one episode, but he also gives a boy with an ill father his grocery delivery job in another.

Having said that, he still gets into trouble—as most grade schoolers do. When his father is away for work, he often finds himself involved with various misdeeds such as trespassing into his neighborhood’s barn and concealing an abandoned baby in the clubhouse.

In the end, his parenting is only done by one person—his father, Andy. As charming as he is, however, this has led many fans to wonder, what happened to Opie’s mom? As far as viewers were aware, the sheriff had been a widow since the first episode. This leads to another question then—how did Opie’s mom die?

Unfortunately, as far as Opie’s mom goes, not much has ever been revealed about her—not even her name. In fact, she is only mentioned once in the entire sitcom, albeit vaguely, in the episode Wedding Bells for Aunt Bee, when Andy tells Opie that his love for his mother is similar to what Aunt Bee feels for her partner.

Other than that, she is non-existent on the show. Not only are there no photographs or traces of her in the house, but no one has even mentioned a grave. Ultimately, it isn’t until a backdoor pilot episode from The Danny Thomas Show, that viewers learn that Opie’s mother had died when the boy was still “the least little speck of a baby.” From this quote, it can be inferred that she had passed away when he was still a young baby.

More About The Andy Griffith Show

Created by Sheldon Leonard, The Andy Griffith Show premiered on CBS in the fall of 1960. A spin-off of The Danny Thomas Show, the series originally aired in black and white; it wasn’t until 1965 that it was changed to color.

Set in the fictional community of Mayberry, North Carolina, The Andy Griffith Show centers around Andy, the show’s title character who works as a local sheriff. Played by Andy Griffith, he is introduced in the pilot episode, as well as several of the other major characters such as his young son Opie, and his sister Bee Taylor, who is played by Ron Howard and Frances Bavier respectively. Other members of the main cast include Don Knotts, and Elinor Donahue, the former of whom plays the part of the deputy sheriff.

Popular among viewers, the sitcom consistently placed among the top ten during its run in the 1960’s. In fact, The Andy Griffith Show had won a number of accolades including six Emmy Awards (among many nominations), and three TV Land Awards. At the peak of the show’s popularity, two comic books were also published by Dell Comics.

In the end, the CBS sitcom ran for eight seasons, the last of which aired in 1968. By then, there had been well over 200 episodes. While The Andy Griffith Show might have ended decades ago, however, its legacy remains—in fact, the show is celebrated by an annual festival every year in Griffith’s hometown of Mount Airy, North Carolina. Not only that, but reruns are often shown on networks such as MeTV, SundanceTV, and TV Land.