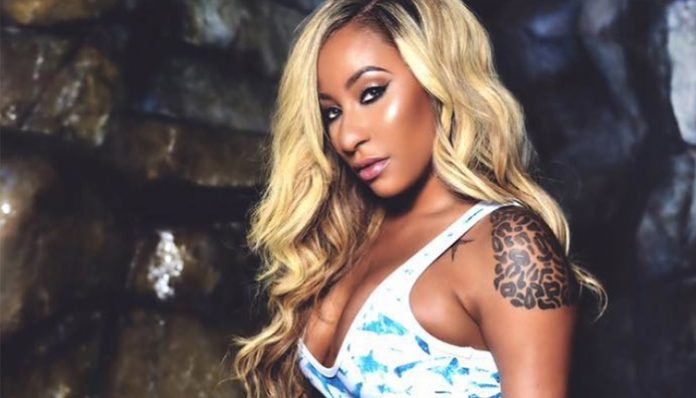 A television personality, Hazel-E rose to fame on VH1’s hit reality series, Love & Hip Hop: Hollywood. Introduced in the first season, she is one of the original cast members alongside Teairra Mari, Ray J, Lil Fizz, and Omarian, among others.

An accomplished rapper, she has released numerous songs including Bad Girls Faded, Say So, Actin Up, and No Chill, to name a few. In addition to her solo efforts, she has also collaborated with many artists in the past such as Asia Lynn, Jeremiah, Diamond, and Willie Taylor. Most recently, she dropped the title, What Are You Talking About in 2018.

How rich is the TV star? How much is she paid for her appearances on the reality show? How lucrative has her music career been? According to various sites, Hazel-E has amassed a net worth of $400,000 as of 2018. Wondering where she earned the majority of this from? We’ll be taking a look at the answer below.

How did Hazel-E Make Her Money & Wealth?

Hailing from Cincinnati, Ohio, Hazel-E has been recording music since the early 2010’s. In fact, she already had several mixtapes and EPs to her name by the time she was cast in VH1’s Love & Hip Hop: Hollywood in 2014. Prior to her rise to fame as an artist, she was a student at Southwest Texas State University.

One of the original cast members, she was introduced in the first season alongside fellow rappers Teairra Mari, Lil’ Fizz, Soulja Boy, Omarion, and Ray J, to name a few. Premiered on September 15, 2014, the reality show followed the lives of the stars—all of whom are involved with hip-hop music.

Following the end of season one, the rapper returned for a second season, which premiered in 2015. From there, she came back as a supporting character in the next season, before coming back full-time for season four, which ran from July to October 2017.

How much was she paid for her appearances in the reality series? While her exact salary has not been disclosed, it’s no secret that some of the main stars earn well over $100,000 per season. Seeing as how she starred on the show for a few seasons, it’s likely that she has pulled in a decent amount from the franchise.

In addition to her work on television, there is, of course, also her music career. Since her debut, she has released numerous singles including No Chill, Say So, Acting Up, Wait, and Scene Queen, to name a few. Like most artists, she has also done a number of collaborations with artists such as Jeremiah, Asia Lynn, Diamond, Saabira, and YG.

In terms of her most recent project, she came out with a new single titled, What Are You Talking Bout, on March 30, 2018. At the time of this writing, the accompanying music video has received more than 151,000 views on YouTube.

As far as other ventures go, she recently also published a book titled Girl Code: Ethnic As A Lifestyle, which is available for purchase via Amazon.

The last that we’d heard, the reality star was in a relationship with Rose Burgundy. Despite their age difference, they appear to be very much in love.

Does Hazel-E Have Any Children?

No, as far as we know, Hazel-E does not have any children.

Did Hazel-E Go to College?

What is Hazel-E Famous For?

Hazel-E is best known for her appearances on VH1’s hit reality series Love and Hip Hop: Hollywood. One of the original cast members, she starred on the show for four seasons, before leaving in 2017.

According to her Twitter bio, the rapper currently lives in Beverly Hills, California. We do not have any additional information at this time.

What Kind of Car Does Hazel-E Drive?

How Much Money Did Hazel-E Make Last Year?

As mentioned earlier, Hazel-E most recently starred in the fourth season of VH1’s Love and Hip Hop: Hollywood in 2017. As far as we know, she will not be returning for the fifth season, which will be premiering later this summer.

In terms of other things, she also published her book, Girl Code: Ethics as a Lifestyle last year.

Want to keep up with the reality star? If so, how about giving her a follow online? You can find Hazel-E on Twitter and Instagram at @Hazelebaby. On Facebook, she also as an official fan page, which you can check out here for the latest announcements.