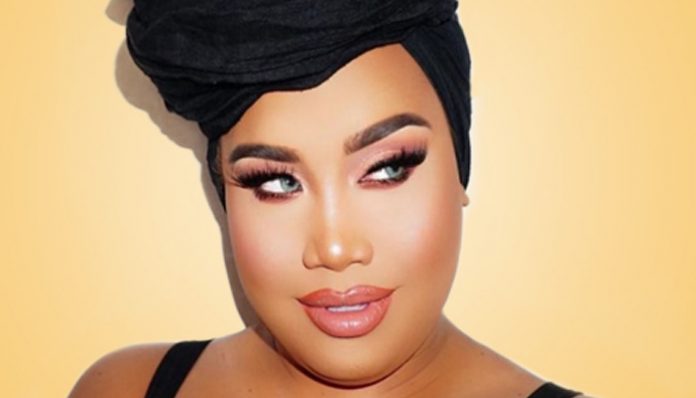 A beauty guru, Patrick Simondac rose to fame for his makeup tutorials, which have since earned him over 3.9 million subscribers on YouTube. Known by fans as “Patrick Starrr,” he has collaborated with several YouTubers in the past such as Christen Dominique, Manny Mia, and Baby Ariel, to name a few.

In addition to YouTube, the makeup artist can be found on several other social media platforms—one of which includes Instagram. Known for posting his various looks, he has since amassed more than 4.4 million followers on the photo-sharing app. Did we also mention that he recently also launched his own makeup collection in collaboration with MAC Cosmetics?

With all the projects that he’s involved with, how successful is he? For one thing, how much does he make from his YouTube channel? According to NailBuzz, Patrick Simondac’s current net worth hovers at around $360,000. Where did he earn the bulk of this from? That’s one of the things that we’ll be taking a look at below.

How did Patrick Simondac Make His Money & Wealth?

Born on November 11, 1989, in Orlando, Florida, Patrick Simondac aka “Patrick Starrr” initially got into photography after graduating high school. From there, he eventually broke gender norms and got into makeup. As one thing led to another, he started to post beauty tutorials on YouTube in 2013.

As you can probably tell from the above titles, he’s had the chance to work with numerous well-known celebrities such as Kim Kardashian, Katy Perry, Maddie Ziegler, and more. Today, most of his makeup tutorials receive hundreds of thousands, if not over a million views on the site.

With the audience that he has, it’s clear that his YouTube channel has incredible earning potential. How much exactly does Patrick Starr make from his videos? According to NailBuzz, the beauty guru receives about 250,000 views on a daily basis. Given that these views are monetized, he would make around $450 per day from ad revenue, which works out to approximately $170,000 a year.

In terms of other projects, he recently also launched his own makeup collection through MAC, which includes three lip glosses, two eyeshadow palettes, as well as a setting powder. For those who are interested, you can view the products on MAC’s official website here.

Now that we know more about him, let’s revisit our initial question—where did the bulk of his earnings come from? Obviously, a significant portion of it comes from his YouTube channel. Next, it’s probably safe to assume that he makes a considerable amount as a professional freelance makeup artist (especially since he’s had the chance to work with multiple celebrities). Last but not least, he also has his makeup collection, which appears to be popular among fans.

No, as far as we know, Patrick Simondac is not married.

Does Patrick Simondac Have Any Children?

No, Patrick Simondac does not have any children.

Did Patrick Simondac Go to College?

No, Patrick Simondac did not go to college. After completing high school, he got into photography, which led to his passion for makeup.

What is Patrick Simondac Famous For?

Patrick Simondac is best known for his makeup tutorials on YouTube. As of 2018, his videos have earned him more than 3.9 million subscribers on the site.

Originally from Orlando, Florida, he often travels to New York City and Los Angeles for work. We do not have any pictures of his abode at this time.

What Kind of Car Does Patrick Simondac Drive?

Unfortunately, we do not have any information on Patrick Simondac’s vehicle at this time.

How Much Money Did Patrick Simondac Make Last Year?

As mentioned earlier, he recently launched a new MAC makeup collection called Floral Realness on April 19, 2018. For those who are interested, the products can be bought from their official website here.

Wondering what the beauty guru is up to? If you’re a fan, why not give him a follow on social media? You can find Patrick Simondac on Twitter and Instagram at @PatrickStarrr. On Facebook, you can also check out his official fan page for the latest news and announcements.