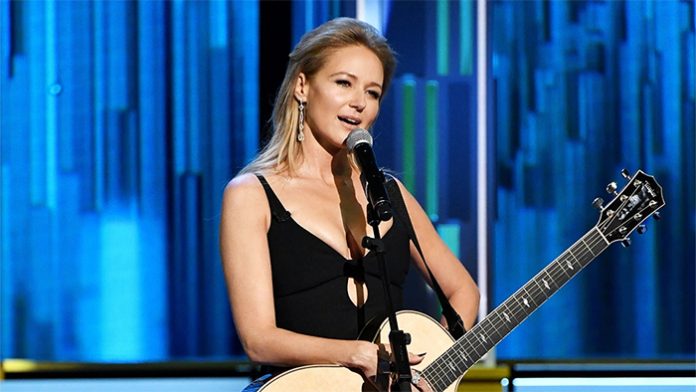 A Grammy-nominated singer, Jewel Kilcher has sold more than 30 million records worldwide throughout her career. Since her debut in 1994, she has come out with a number of albums including Pieces of You, This Way, 0304, and Spirit, all of which have received RIAA accreditation. Some of her most popular singles to date include You Were Meant For Me, Hands, Intuition, and Hands.

Though music is her main focus, she has appeared in various television and film titles such as The Lyon’s Den, Walk Hard: The Dewey Cox Story, Ring of Fire, and Axe Cop. Most recently, she played a role in the 2018 TV film, Deadly Deed: A Fixer Upper Mystery.

How lucrative is her singing career? How well-off is the recording artist? According to various sites, Jewel Kilcher has amassed a net worth of $30 million as of 2018. Where did she earn the majority of this money from? We’ll be taking a look below.

How did Jewel Kilcher Make Her Money & Wealth?

Born on May 23, 1974, in Payson, Utah, Jewel Kilcher was brought up alongside her brother in Anchorage, Alaska. Growing up, she and her father often earned a living by singing at hotels and taverns. Naturally talented, she eventually landed a scholarship to Interlochen Arts Academy, where she had the opportunity to study voice. By the time she was sixteen, she had started to write her own songs on the guitar.

Signing to Atlantic Records, she later came out with her first studio album titled, Pieces of You at the age of twenty-one. Produced by Ben Keith, is composed of fourteen songs including You Were Meant For Me, Foolish Fames, Angel Standing By, and Daddy. Though it initially failed to chart, it eventually gained traction two years later, after the singer was invited to tour with Bob Dylan in 1997. To date, more than 7.3 million copies have been sold in the U.S.

Her next album Spirit was issued in the fall of 1998. Well received, it entered the Billboard Top 200 at number three with over 368,000 sales in the first week. Outside of the U.S., it also charted in the UK, Canada, Japan, France, and Germany, among several other countries.

Since then, Jewel has come out with several other projects including This Way, 0304, Sweet and Wild and Perfectly Clear, most of which have received RIAA accreditation. In 2013, she also released a Christmas album titled Let It Snow: A Holiday Collection.

Over the years, the singer has sold over 30 million records worldwide. Considering that, she has likely earned a considerable amount from her music career. In fact, she has also headlined numerous tours, all of which would have yielded her extra income on the side. Just last year, she hit the road for her 2017 Handmade Holiday Tour.

Aside from singing, she has also dabbled in acting. For instance, she has appeared in the television series The Young and the Restless, Men in Trees, Axe Cop, and The Lyon’s Den. More recently, she also played the part of Shannon Hughes in the TV films Deadly Deed: A Fixer Upper Mystery, and Framed for Murder: A Fixer Upper Mystery.

Does Jewel Kilcher Have Any Children?

Yes, she has a son with her ex-husband named Kate Townes Murray, who was born in 2011.

Did Jewel Kilcher Go to College?

Instead of attending college, she studied operatic voice in Michigan at Interlochen Arts Academy.

What is Jewel Kilcher Famous For?

Jewel rose to fame in the early 90’s with the release of her debut project, Pieces of You. A huge success, it has since received 12x platinum accreditation from the RIAA in the U.S.

Jewel Kichre currently resides in Nashville, Tennessee. We do not have any additional details on her abode at this time.

What Kind of Car Does Jewel Kilcher Drive?

How Much Money Did Jewel Kilcher Make Last Year?

Unfortunately, details on Jewel Kilcher’s 2017 net worth is not available at this time.

Earlier this year, she reprised her role of Shannon Hughes in the television film, Deadly Deed: A Fixer Upper Mystery, which premiered on March 11, 2018. As far as her music ventures go, she most recently embarked on a concert tour last year.

Want to keep up with the singer? You can find Jewel on a few social media platforms including Instagram (@Jewel) and Twitter (@JewelJk). On Facebook, you can also show your support by liking her official fan page.