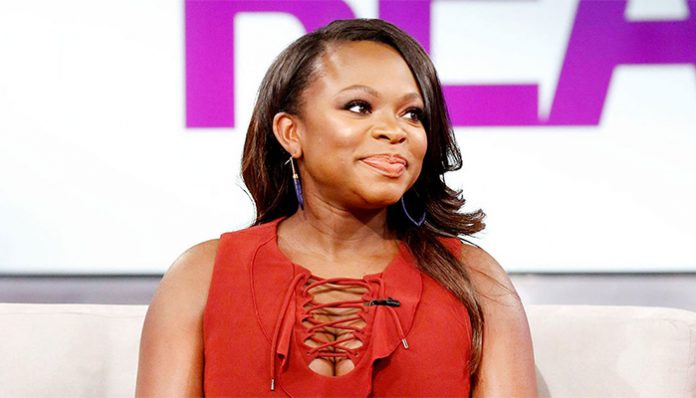 An accomplished singer and actress, Nature Naughton rose to fame as a member of the R&B trio 3LW in the early 2000’s. During her time with the group, she contributed to two albums—3LW and A Girl Can Mack, both of which charted on the Billboard Top 200. Some of their most popular songs from the two projects include Playas Gon’ Play, No More (Baby I’ma Do Right), and I Do (Wanna Get Close to You).

In terms of acting, she has starred in several films including Fame, Notorious, and Step Sisters. In 2011, she also played a lead role in the NBC historical series The Playboy Club. Currently, she stars as Tasha St. Patrick in the crime drama Power, which premiered in 2014.

How much did she make from her music career? How well-paid is she as an actress? According to various sites, Naturi Naughton has amassed a net worth of $800,000 as of 2018. Let’s take this opportunity to have a closer look at her accomplishments.

How did Naturi Naughton Make Her Money & Wealth?

Born on May 20, 1984, in New Jersey, Nature Naughton was raised in East Orange, where she became fond of music at a young age. A member of the local church choir, she attended Immaculate Conception High School as a teen. Ultimately, it was then that she launched her music career as a member of the R&B group 3LW.

In 2000, they came out with their eponymous debut album 3LW. Released through Epic Records, the project came with twelve tracks, some of which included Crush On You, Til I Say So, Curious, and I Can’t Take It (feat. Nas). Responsible for their rise to fame, it not only received praises from critics but had also peaked at number 29 on the Billboard 200.

Two years later, they released a second album titled, A Girl Can Mack. Similar to their debut effort, it also reached the US music charts—both the Billboard 200 and the Top R&B Albums. The last project that Naughton contributed to before she left the group, it spawned the charting single, I Do (Wanna Get Close to You) Feat. Fiddy and Loon.

Since then, she has mainly been focusing on her acting career. For instance, she had starred in the films Notorious and Fame in the late 2000’s. Around that same time, she also played a lead role in the award-winning Broadway musical Hairspray. Most recently, she made an appearance in the Netflix film Step Sisters in January 2018.

In terms of television, she is perhaps best known for playing the part of Brenda in the historical crime drama The Playboy Club. A year after it came to an end, she also starred in the first season of Lifetime series The Client List.

As far as what she’s up to nowadays, she has been playing the part of Tasha St. Patrick in yet another crime drama called Power. Premiered in 2014, the cast also includes Omari Hardwick, Lela Loren, Joseph Sikora, and 50 Cent. Unfortunately, it’s not known how much she’s paid for the role at this time.

While she isn’t married, she has been in a long-term relationship with her boyfriend Ben for many years.

Does Naturi Naughton Have Any Children?

Yes, it was announced last spring that she and her husband were expecting their first child. She later gave birth to a daughter on July 19, 2017.

Did Naturi Naughton Go to College?

As far as we can tell, Naturi Naughton has not gone to college.

What is  Naturi Naughton Famous For?

Nature Naughton initially rose to fame in the early 2000’s as a member of the R&B trio 3LW. After leaving the group, she starred in several films and TV series including Fame, and The Playboy Club.

Unfortunately, we do not have any details on her residence at this time.

What Kind of Car Does Naturi Naughton Drive?

How Much Money Did Naturi Naughton Make Last Year?

Unfortunately, we do not have any information on Naturi Naughton’s 2017 earnings at this time.

As mentioned earlier, she has been starring as Tasha St. Patrick in the television series Power since 2014. According to IMDb, she is currently also filming a new movie titled Emperor.

Want to know what the actress/singer is up to? If you’re a fan, you’ll definitely want to give her a follow on social media- you can find her on Twitter at @NaturiNaughton or on Instagram at @Naturi4Real. Of course, you can also show your support on her official Facebook fan page.