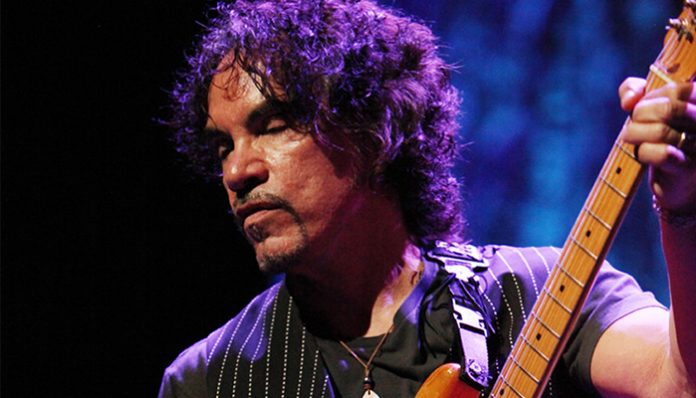 An American singer-songwriter, John Oates rose to fame in the 1970’s as one half of Halls & Oates. With over 40 million records sold worldwide, they are currently the best-selling music duo of all time. Some of the most popular hit include Private Eyes, Rich Girl, Maneater, and Kiss on My List.

In addition to his work with Daryl Hall, he has also released a handful of studio albums including Phunk Shui, 1000 Miles of Life, and Good Road to Follow. Most recently, he dropped a new project titled, Arkansas in early 2018.

How successful is the music artist today? Has the duo released any new records lately? How wealthy is the musician? According to various sites, John Oates’ current net worth hovers at approximately $30 million. Did he earn the majority of this from their collective efforts? What other projects have he released over the years? Let’s have a look at some of this below.

How did John Oates Make His Money & Wealth?

Born on April 7, 1948, in New York City, New York, John Oates grew up in North Wales, Pennsylvania, where he went to North Penn High School. Shortly after graduation, he recorded his first song titled, I Need Your Love for Crimson Records. From there, he studied at Temple University, where he met his future music partner, Daryl Hall. Fast forward a couple of years and they would come to gather to form a musical duo called Halls & Oates.

Signing to Atlantic Records, they released a few studio albums over the next few years including Whole Oats, Abandoned Luncheonette and War Babies. Despite being produced by a few big-name producers such as Todd Rundgren and Arif Mardin however, they didn’t spawn any big hits.

In the end, it wasn’t until 1975 that they started to gain momentum with their fourth album, Daryl Hall & John Oates. Mostly produced by the pair themselves, the project contained ten tracks including Grounds for Separation, Nothing at All, and Sara Smile. Certified gold in the United States, it also peaked at number 17 on the Billboard 200.

By the end of the 1970’s, they had churned out four additional albums, most of which received RIAA accreditation. Some of their most popular singles from that decade include She’s Gone, Do what You Want, Be What You Are, Rich Girl, and Back Together Again.

Continuing to record new music, their popularity only peaked further in the 1980’s. During that period, they released several big hits including the multi-platinum albums H2O and Big Bam Boom, both of which charted among the top five on the Billboard 200.

As of 2018, they have sold more than 40 million records worldwide. Considering that, it’s easy to see where most of their income came from—their albums and singles. Of course, they also embarked on concert tours regularly, which would have pulled in a decent amount of earnings as well.

Aside from his work with Halls, Oates has also made himself known as a solo artist. As of 2018, he has released five solo albums including Phunk Sui, Mississippi Mile, 1000 Miles of Life, Arkansas and Good Road to Follow.

Yes, he is currently married to Aimee Oates. His second marriage, his first wife was Nancy Hunter.

Does John Oates Have Any Children?

Did John Oates Go to College?

Yes, he went to Temple University in Philadelphia after completing high school. Ultimately, it was there that he became acquainted with Daryl Hall.

What is John Oates Famous For?

John Oates rose to fame as one-half of the music duo, Hall & Oates. Formed in 1970, they’ve since released dozens of records, many of which have charted in the U.S.

John Oates currently splits his time between Nashville, Tennessee, and Woody Creek, Colorado. We do not have any pictures of his home at this time.

What Kind of Car Does John Oates Drive?

How Much Money Did John Oates Make Last Year?

At this time, we do not have any details on John Oates’ 2017 salary.

Wondering what the singer is up to? If you’re a fan of his work, why not follow him on social media? You can find John Oates on Twitter at @JohnOates and on Instagram at @JohnOatesOfficial. On Youtube, you can also stream his music on his official channel here.