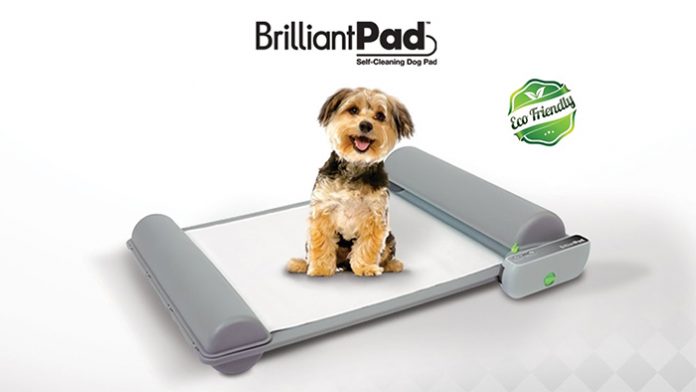 Invented by Alan Cook and Brett Shorenstein, the BrilliantPad is a self-cleaning dog pad that offers a mess-free solution for little dogs who want to go to the bathroom indoors. Created in part by the same person who put together the ScoopFree Automatic Self-Cleaning Litter Box just a few years earlier, the concept of the machine was put together after Brett grew tired of coming home to dirty puppy pads.

Created over an 18-month period, development had begun in August 2015. Through a lot of hard work, the team managed to put together a prototype within three months, which they put to the test. To their dismay, however, they discovered that the dogs weren’t too fond of the machine. It wasn’t until many tweaks and iterations later, that they finally got themselves a functional product. In the end, more than 20 dogs and their human partners had contributed to the development process.

Despite having gotten it to work, however, they required funding. For that, they turned to the internet—in 2017, they established a crowdfunding Indiegogo campaign for the product, in attempts to raise $100,000 for its production. To their pleasant surprise, it was clear within just a few weeks that they had the support of many dog owners; for one thing, the money had started to roll in. By the end of the campaign, they had raised a total of $114,391—which was 177% of their target.

Just a few months afterward, it was announced that they would have the opportunity to pitch the product on the popular ABC series, Shark Tank. The episode eventually aired in the United States on November 5, 2017. 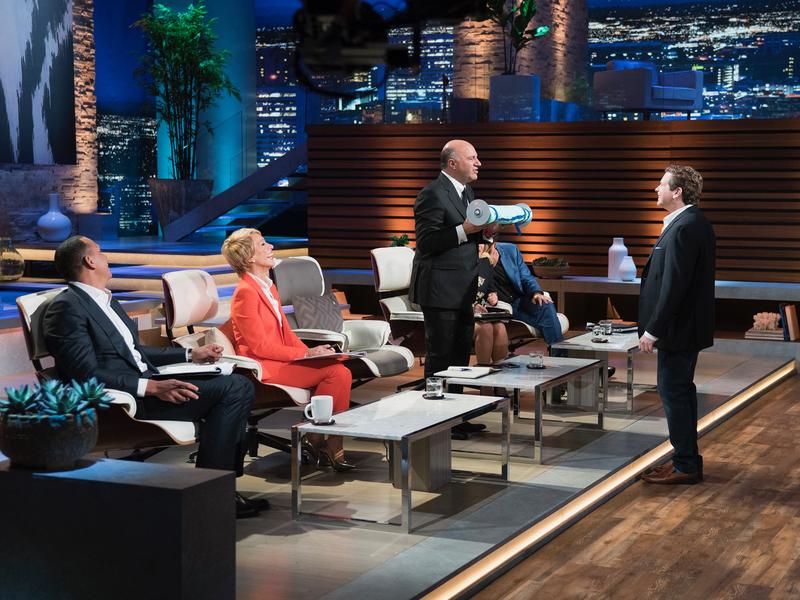 Featured in the ninth season, Alan Cook introduces himself as the creator of BrilliantPad after making his entrance into the show. From there, he tells the sharks that he is looking for a $500,000 investment for a 5% equity stake in his company.

Going right into his pitch, he starts by talking about small dogs, who are now the “fastest growing segment” of the dog population. Due to their small bladders, he explains, they tend to go potty frequently, which leads to millions of soiled doggy pads a year. Realizing how “disgusting” the mess can be, he tells them that’s the reason why he had created the BrilliantPad.

Gesturing to the product beside him, he informs the sharks that the BrilliantPad is a self-cleaning dog potty, which automatically replaces dirty pads, with clean, fresh ones—so that pet owners “never have to handle stinky, soiled pads ever again.” To that, he receives a few nods from the panel, as they continue to look on.

Continuing to talk about the product, he declares that the BrilliantPad is capable of dealing with both “number one and number two.” With that statement, he also points to the television screen, which shows a clip of the machine in action. Due to the fact that the waste is wrapped and sealed (a process which is shown on the screen), he explains that the home is left “clean and odor free.” 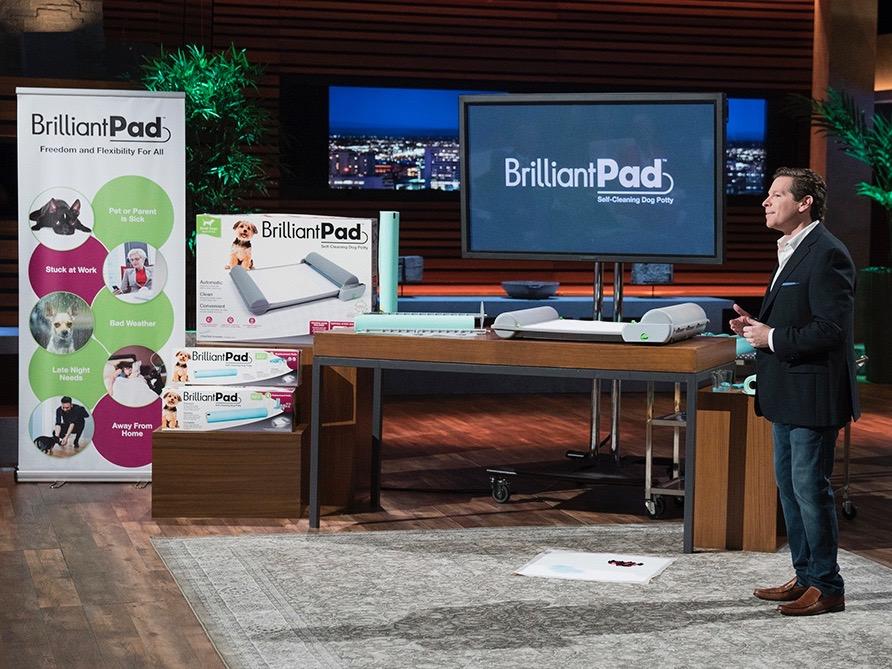 Elaborating further, he reveals that each Brilliant Pad Roll is equivalent to 27 dog pads, which allows for maximum absorption. Once it is used up, it can easily be removed and replaced—the best part of it being the fact that “your hands stay clean the entire time.” Directing his attention back at the sharks, he subsequently tells them that he’d be able to make big sales with their help.

Somewhat interested, Lori eventually points to the BrilliantPad and asks whether or not they can see the machine working. To that, Alan explains that the pads are automatically advanced according to an adjustable timer at the side, which can be set to “1, 2 or 3 times a day.” From there, he opens up one of the sides to press a button, which he later reveals can be used to advance the pads at any time.

Demonstrating how it works, the puppy rolls continuously advance forwards as he holds onto the button. As he does, both the “solids” and “liquids” that were present previously can be seen being wrapped up by the machine. In his words, “everything dirty is sealed inside” while the outside is kept “clean and dry.”

Almost immediately, Robert asks whether or not the “turd roll” from a month ago would have an odor. Having expected that question, Alan decides to show the sharks a “used turd roll” which was in his words, “loaded several weeks ago.” As he walks closer to the panel with the tube in hand, Robert walks up to examine the item himself. Placing it to his nose, an action which garners laughter from the rest of the sharks, he is shocked to learn that it “smells pretty good.”

From there, Alan is asked about his background, to which he tells them that he had accidentally stumbled upon the pet industry 15 years ago. Continuing with his story, he explains that he had grown tired of having to clean his ex-girlfriend’s cats’ stinky litter box. Disgusted with the chore, he eventually put together a self-cleaning litter box called the Scoop Free Automatic Litter Box. Upon revealing that, he gets a few “wows” from the sharks, who are obviously familiar with the product.

Realizing that he’s done it before, the sharks quickly change their perspectives. Interested, Mark asks how many units he has sold so far. In reply, Alan states that they had run an Indiegogo campaign, through which they had sold $100,000 worth, in 30 days at a price point of $125. In terms of delivering the items, he tells the shark that they are currently working on production and expect to have the items in the customers’ hands within six weeks.

Further asked about the cost, Alan reveals that it takes $54 to make a single unit. Listening on while taking notes, the shark subsequently inquires about the price of the rolls, to which he replies is $19.99 on subscription. Having worked with kitty litter previously, Kevin is the first to make him an offer—$500,000 as a loan at 11% with 10% equity.

Moments later, Lori decides to back out as the ventures are simply “too high risk” for her. From there, the next to talk is Alex. While he admits that Alan’s work is impressive, he chose to back out as he doesn’t see his brand “moving the dog poop industry”, a statement that receives a few chuckles from the rest of the sharks.

With that, two sharks are left. As Alan stands before them, Mark reminds him of the difficulties surrounding his offer—that is, in order to make back an investment of $500,000 from 5% equity, the product would have to make over $10 million in sales. Realizing how difficult that is, he chooses to drop out, despite believing that it is a good business. 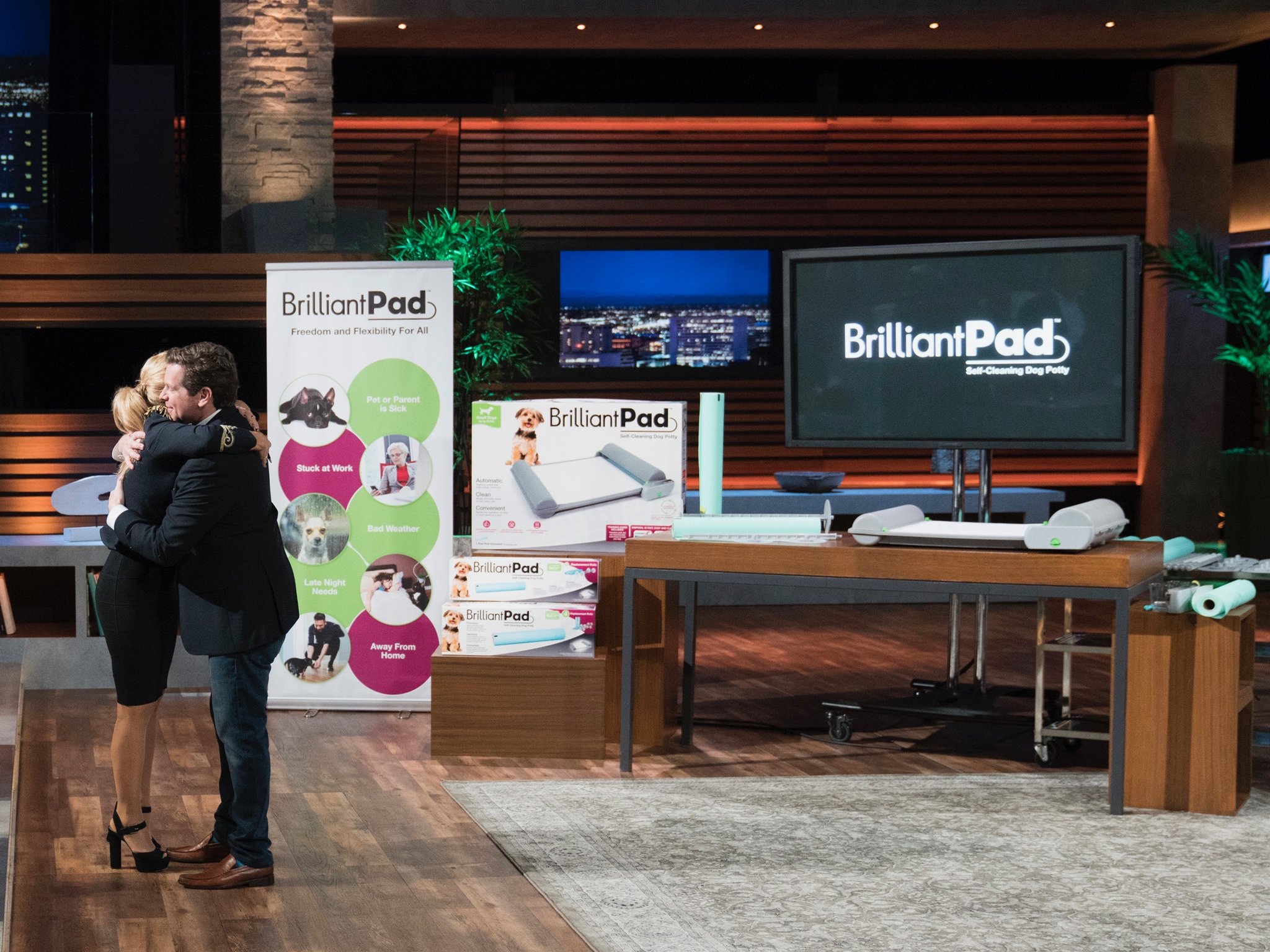 Last but not least, is Lori. Though the rest of the sharks expect her to drop out, she proclaims that she is still in the game. Interested, she gives Alan his second offer—$500,000 for an 8% stake, as well as a royalty of $5 per unit sold, until $500,000 is recouped.

Not long afterward, however, Lori changes her deal. Instead of an 8% stake, she’s willing to lower it down to 5%, though the $5 per unit royalty remains. Sweetening the deal, she also reminds Alan that she is big partners with retailers such as Walmart and Bed Bath and Beyond.

While appreciative, Alan strikes back with a counteroffer—he would like to receive $500,000 for a 5% sale, for a royalty of $2.5 per unit (until the $500,000 is recouped) as well as a line of credit. Noting that it is a relatively low risk, Lori accepts the offer. A done deal, the two embrace for a short hug; with a few congratulatory remarks, he eventually walks backstage with his “turd roll” in hand.

In the subsequent interview, Alan is noticeably excited by the deal that he landed with the shark. Elaborating about why he chose to work with Lori instead of Robert, he states that it is because “she relates to customers”—that with her, “every pet’s business will be [their] business.”

BrilliantPad in 2018 – The After Shark Tank Update

Since the BrilliantPad was featured in the ninth season of Shark Tank, more than eight months have passed. How is the product doing nowadays?

Not long after filming, the company had started to ship out the products. From there, they saw a significant increase in sales after the Shark Tank episode aired on November 5, 2017. Though things eventually settled down, their daily sales remained higher than what it was before the show aired.

In terms of what their next steps are, Alan stated that they are currently working on increasing their distribution and awareness. In fact, it’s said that the BrilliantPad will be available for sale in a handful of countries outside of North America later in the year.

Since then, it would appear that the company has sold many units of the self-cleaning dog potty. Not only is the BrilliantPad available for purchase through their official website (they recently celebrated the fourth of July with a 10% discount), but it can also be bought through a number of retailers, including Amazon. As far as what users think about the product, the general consensus seems to be positive as it currently has a 3.1-star rating on the site.

Reading some of the reviews, most users agree that the premise of the machine is good. Having said that, there are some that are a little dissatisfied with the price and absorbability of the rolls. Nonetheless, it would appear that the majority of customers are happy with the BrilliantPad.

As far as their web presence goes, the company is currently active on a couple of social media platforms one of which includes Twitter, where they have over 1,000 followers. Similarly, they also have an official page on Facebook, to which they tend to post the latest announcements and news. In fact, they had recently just hosted a photo contest, in which the winner—chosen by public votes—won a free BrilliantPad.

Of there’s also their official website, which you can visit at http://brilliantpad.com. Since their appearance on Shark Tank, they’ve blogged about the experience, which you can read here. If you want to get the newest updates regarding their products, you may wish to subscribe to their mailing list—simply type in your email address at the top right of the page to get started!

Wondering whether or not BrilliantPad will be making a return to Shark Tank for an update? Unfortunately, there have been no announcements as of July 2018. If anything, it might take a little while before they’re invited back on the show.